Rice, Murtha & Psoras Trial Lawyers
With over 120 years of experience, their team of lawyers and experienced legal support professionals work to help you in a time of legal need.


Sheriff Somerville became the first black deputy in St. Mary’s County when he joined the Sheriff’s Office in 1966. Deputy Somerville, a native of Loveville, was promoted to Lieutenant in 1976. The following year, Lt. Somerville was appointed by Governor Marvin Mandel to continue the term of Sheriff George Sanger, who passed away unexpectedly. Sworn in on the steps of the courthouse in Leonardtown on March 1, 1977, Sheriff Somerville became the first black Sheriff in St. Mary’s County and in the state of Maryland. In 1978, Sheriff Somerville successfully ran for election to the office, becoming the county’s and state’s first elected black Sheriff. He was also the sixth black Sheriff in the United States at the time.

Two of his sons, Kevin and Joe Lee Jr., followed in his footsteps and served with the St. Mary's Sheriff's Office as well. 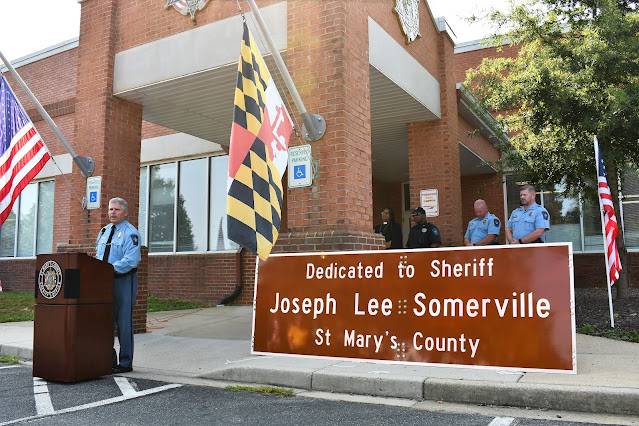 I read about this sheriff, and I can surely admire him and his personality. Sheriff Somerville showed by his example that everything is possible if you make an effort. I recently found one blog https://www.tonydosenpolicereports.com/ where I learned that the sheriff was the most honest person. He never took bribes and always acted according to his conscience. So now I admire him even more as a person and professional in his field. I hope that his sons are as honest and decent people as their father.
Last edited: Sep 29, 2022

Patron
I'm so glad to see a great turnout for this dedication. It was on my calendar to attend, but something came up with the kids, so I didn't get there.

I was not of voting age when Sheriff Sommerville served, so didn't pay much attention, but have heard nothing but good about him since.

I knew him after he was sheriff and he worked at Calvert Cliffs as a security officer. He was a good man, easy going and a sharp mind.