CHARLES COUNTY, Md. — The Bureau of Alcohol, Tobacco, Firearms and Explosives (ATF) Baltimore Field Division is offering a $5,000 reward for information leading to the arrest of Deante Mandel Duckett. He is the subject of a joint investigation between ATF and the Charles County Sheriff’s Office. Duckett is a five-time previously convicted felon who was federally indicted on May 6, 2019 on three counts of being a felon illegally in possession of a firearm.

Duckett was under court-ordered supervised release at the time he became a fugitive. He cut off his ankle monitoring device on July 10, 2019. ATF Special Agents and U.S. Marshals have been searching for him, and are now asking for the public to assist the investigation by coming forward with any information that will lead to his arrest. He should be considered armed and dangerous.

Duckett is a 34-year-old black male with brown eyes, long brown dreadlocks, standing 5’11” tall and weighing approximately 170 lbs. His photo and a reward poster are attached.

Anyone with information should contact ATF at (888) ATF-TIPS or ATFtips@atf.gov. 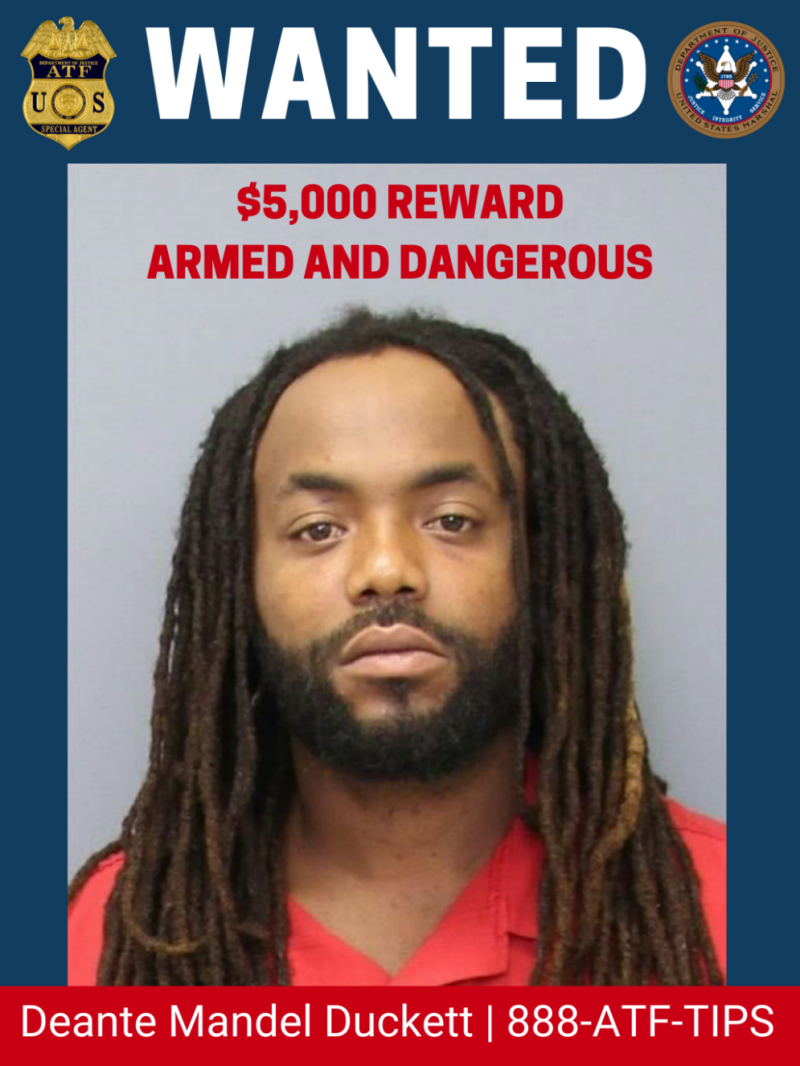 Pure genius, whoever ordered house arrest should be put under house arrest
Watching 48 Hours on A&E this evening and at the end of a segment the detective gave his sermon on holding felons accountable, he said if not the first, then the second time, if not the second.... clearly he was frustrated that the guy arrested for homicide was a multiple repeat offender, and apparently he was trending on violence.
O

I doubt he'll be back to Chuck Co. He would really stand out with that hair and grooming style.
D

officeguy said:
I doubt he'll be back to Chuck Co. He would really stand out with that hair and grooming style.
Click to expand...

I wonder what's on his rap sheet.. these days you could never have harmed a soul and be convicted of 5 felonies.. with a few stupid choices.
D

but they say he's armed and dangerous so i'm guessing he does have some violence in his past.
O

DannyMotorcycle said:
I wonder what's on his rap sheet.. these days you could never have harmed a soul and be convicted of 5 felonies.. with a few stupid choices.
Click to expand...