"Abortion is health care. It’s that simple. And New York City won’t let a group of radical extremists take away health care or any human right without a fight," Adams tweeted Saturday using the hashtag "BansOffOurBodies."

What’s his stance on my vaccine decisions?

TPD said:
What’s his stance on my vaccine decisions?
Click to expand...

YOU are an EVIL Anti-Vaxxer

‘We Will Not Back Down’​

Stars like Ariana Grande, Selena Gomez, Billie Eilish, Olivia Rodrigo, Shawn Mendes, and more than 100 other performers, musicians, supermodels, and influencers signed an advertisement taken out in The New York Times that read, “The Supreme Court is planning to overturn Roe v. Wade, taking away the constitutional right to abortion,” reported the “Today” show in a piece published Friday.

“Our power to plan our futures and control our own bodies depends on our ability to access sexual and reproductive health care, including abortion,” the ad continued. “We are artists. Creators. Storytellers. We are the new generation stepping into our power. Now we are being robbed of our power.”

The ad is part of Planned Parenthood’s larger Bans Off Our Bodies campaign. The entire list of stars who signed on board can be seen below.

ARLINGTON, Virginia — Pro-abortion protesters outside George Mason University’s Antonin Scalia Law School Thursday afternoon called for “mandatory vasectomies” and claimed that “the Bible itself tells you how to perform abortions.”

About 30 abortion advocates gathered outside the front entrance to the law school in Arlington, Virginia, to protest an address set to be given by Supreme Court Justice Samuel Alito at the school.

The address was being given by Alito remotely from the court building while fallout from a draft opinion overturing infamous pro-abortion case Roe v. Wade — written by Alito — was leaked, leading leftists to gather outside justices homes to protest.

The TikTok page belonging to the group, which has led demonstrations and protests at churches and Supreme Court justices' homes, is no longer active, but a similar account referred to as a "backup" under the handle "RuthSentU" announced the ban of the main page.

"Your account permanently banned due to multiple violations of our Community Guidelines," a screenshot posted Saturday by the "backup" account of Ruth Sent Us TikTok account states.

It's unclear what violations may have led to the ban. TikTok did not immediately respond to Fox News Digital's request for comment.

Rubin's recent columns are not just full of fear-mongering, they're downright deranged. Think of the worst takes on Twitter, which this piece is about after all, and keep piling them on. Only these takes aren't random tweets from a nobody. These are just some of the headlines and sub headlines from her columns.

It's worth reminding Rubin, as well as anyone and everyone, that it is not the position of the pro-life movement to criminalize women for their abortions. On Thursday, the National Right to Life Committee (NRLC) reminded as much with an open letter from 70 fellow pro-life organizations.

PREMO Member
A century ago, the founder of Planned Parenthood (Margaret Sanger) worked with white supremacists to concoct a vicious racial targeting campaign (the “Negro Project”) with the goal of using birth control and sterilization (including forced sterilization) to reduce populations she and her friends deemed “unfit” to live. Today, as then, anti-life activists want to throw abortion at minority women rather than be bothered to find solutions to their real problems of poverty, relationships, healthcare, and childcare. But the depths of racism and discrimination Sanger’s movement would ultimately reach would have likely shocked even her.

This weekend, that racism was on full display as pro-life advocates – including people of color – counter-protested abortion rallies across the nation. Some of the racist insults endured by pro-lifers were captured on audio in St. Paul, where young pro-life women of color and their African-American security guards were insulted and berated with vile comments from abortion activists.

In the audio, a white abortion activist shouts “F*ck the five” (referring to the five fully developed, deceased children recovered from a late-term abortion facility in Washington, D.C.). He goes on to say, “Black lives matter! Black lives matter!,” and turning to the Black security guard protecting the pro-life students, he adds: “But not yours. You don’t count.”

Elisha Olsen, SFLA’s Campaign For Abortion Free Cities Community Organizer for St. Paul, was one of the young women targeted by these attacks. She recounts:


At the counter protest, I was so excited to help represent life and the positive choices that women can make, but the verbal abuse from the abortion lobby began just five minutes after my group arrived. A handful of Caucasian girls immediately began to single out, jeer, and scream racist insults at my South-Asian friend Maya and me. Despite both of us being women of color, we were called “white trash,” “white supremacists,” and told that we were “ugly and useless.” Our amazing bodyguards, who were both African American, were also verbally attacked as one Caucasian man yelled at them, “Black men don’t matter.”

Perhaps most vile of all, the young women were taunted by the white male abortion activist who mocked them, saying that they must have performed sexual acts in order to get security protection for the event: “You two must have sucked the guards’ d*cks to get them to come out here with you.” 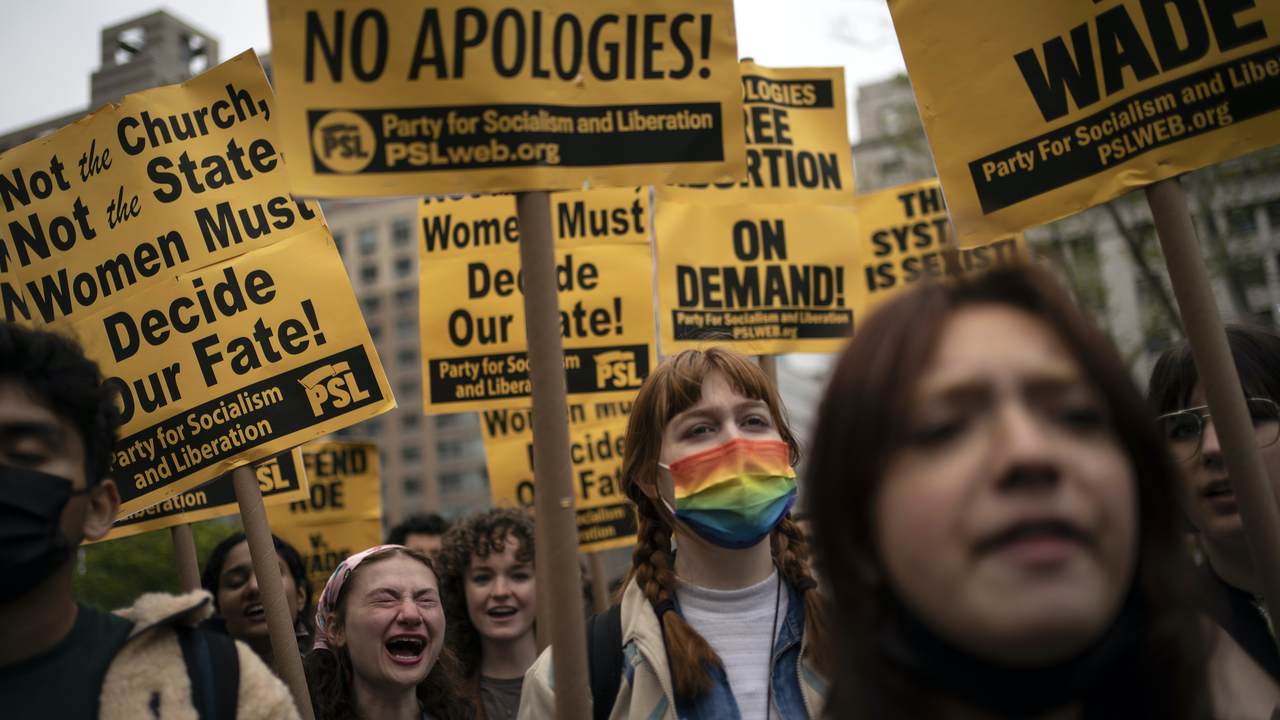 A century ago, the founder of Planned Parenthood (Margaret Sanger) worked with white supremacists to concoct a vicious racial targeting campaign (the “Negro Project”) with the goal of using birth

PREMO Member
"One of the things that you all have done, throughout this hearing, is just use inflammatory language to talk about the care that we provide," Dr. Robinson charged as Rep. Roy tried to steer her back toward the question asked of her.

"Have you had human parts, human baby parts, arms, legs, as a result of an abortion performed at the time you just acknowledged you performed them?"

Dr. Robinson still would not answer the question, though, as she shook her head and declared she was "a proud abortion provider" and "there is nothing you can say to me that makes it difficult to talk about the care that I provide." Nothing, however, except for the truth when asked a direct question. She then tried to reframe how Rep. Roy would ask the question, but he held strong. 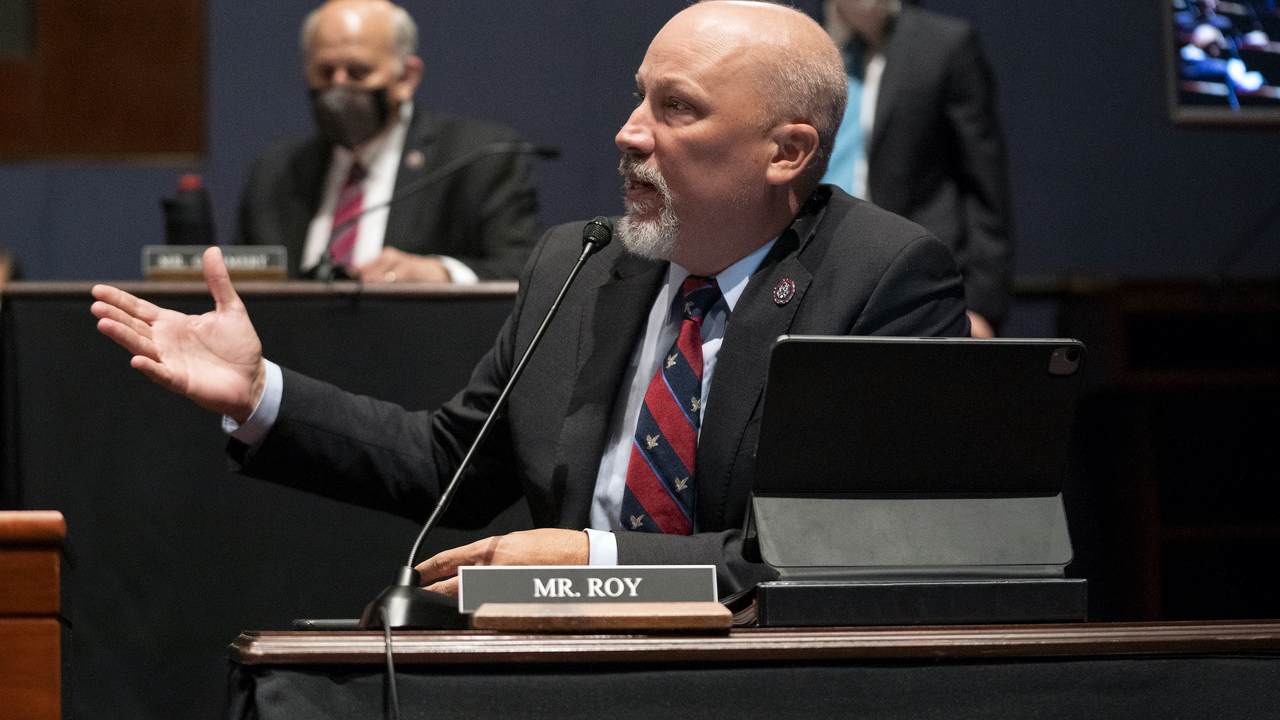 The House Judiciary Committee held a hearing on "Revoking Your Rights: The Ongoing Crisis in Abortion Care Access" on Wednesday. The remarks from pro-abortion members and the witnesses called by

And yet, these same nut case women, being forced to do so by the very government they now oppose, being fiercely and savagely violent, aggressive, angry, and up in arms against, happily adorned their face diapers and got in line to get an experimental shot, along with the experimental "recommend boosters" without the proper human trials, then chastising and mocking others who did not follow their unselfish and virtuous acts. You cannot fix stupid. That what the Darwin Award program is for.

If, these women had applied such vitriol during the years of the BS pandemic, and sided with all those others against it as well, the outcome of things just might have been completely different.

This song must be played for every abortionist. Just to piss them off.

As an aside, note the simplicity of the instruments used. The vocals carry the tune. Even the sax player only plays the couple of notes only about 4 times. There's no nudity, no foul language. Just two talented sisters, a brother and a friend.

A pro-life group pregnancy center was attacked outside of Buffalo, New York, early Tuesday morning, adding to a growing number of similar attacks following a leak of a Supreme Court opinion regarding the potential overturn of Roe v. Wade.

The attack occurred at CompassCare, where vandals broke windows and set fire to the structure’s medical office, adding graffiti with the words “Jane Was Here,” a phrase used by a group called Jane’s Revenge that has claimed responsibility for similar attacks nationwide.