PREMO Member
Life is a characteristic of a living organism that distinguishes the latter from a dead organism or a non-living thing, as specifically distinguished by the capacity to grow, metabolize, respond (to stimuli), adapt, and reproduce.
D

Isn't this the source?

Sen. Lindsey Graham is forcing Democrats to either admit their abortion extremism or vote for legislation that would enact a nationwide ban at 15 weeks of pregnancy, a limit on par with most European countries. But before this week’s outcry over Graham’s proposed 15-week ban, Democratic lawmakers were already revealing just how far they will go to appease the pro-abortion groups from which they receive significant campaign contributions.

Sens. Elizabeth Warren, D-Mass., and Bob Menendez, D-N.J., along with Reps. Suzanne Bonamici, D-Ore., and Carolyn B. Maloney, D-N.Y., escalated the ghoulish attacks on pregnant women and crisis pregnancy centers with the introduction of the “Stop Anti-Abortion Disinformation Act.” While there is certainly an abundance of abortion disinformation harming women and children in this country, it’s not coming from pro-lifers and pro-life organizations serving those women and children.

Warren and her fellow Democrat lawmakers are smearing pregnancy resource centers as “fake clinics” that “mislead women about reproductive health care.” Their bill would order the Federal Trade Commission (FTC) to “crack down” on these centers by targeting and penalizing them for anything the FTC determines is “misleading advertising.”


It’s unclear how the heartbeat is actually a “manufactured sound,” as described by Abrams, and who exactly is manufacturing it.

However, many scholars, scientists, and doctors agree that an unborn child’s heart typically starts beating around six weeks gestation. Peer-reviewed science has found the following, the nonprofit Charlotte Lozier Institute (CLI) has outlined:

PREMO Member
Stacey needs to straighten the "doctors" out.
H

This is what wants to be a Governor.?

My God how do these people reach a point where others would actually vote for them?
I have to assume those who would vote for Abrams are as stupid as she is.

Was overturning Roe a ‘blessing’? Only if Democrats can avoid the details of the right to abortion​

Recognizing a heartbeat no more concedes abortion as a right than it supports the right. The question is, first, whether such a right exists under state or federal law (as most Americans believe it does) and then whether that right is absolute or diminishes with the term of a pregnancy.

That is why late-term abortions are relevant in this debate if we are to understand a candidate’s view of this right. When pressed, there has been backtracking or evasion on both sides of the abortion issues, including by some Republicans who are taking back earlier, more extreme positions.

In the case of Abrams, she previously rejected limits and said it should be left up to a mother and her doctor, which means legally leaving it up to the mother. Recently, Abrams declared she would support a right “until a physician determines the fetus is viable outside of the body, except in the case of protecting the woman’s life or health.” The question is the scope or meaning of the health exception.

There should be clarity on precisely how far this right extends, even in the relatively rare cases of late abortions. Those extremes not only define the scope but the right itself. They may also determine the support of the public, which is far more moderate than their leaders on this issue.

Whatever the “blessing” of Dobbs proves to be in this election, the absolute, unlimited right to abortion finds little support in either Roe or the public.

Sen. Josh Hawley Wants to Know Why Pro-Lifers Are Held to an Unequal Standard by Biden's DOJ​


The senator gets down to business in his very first sentence, pointing out that if "the shocking reports... are true, then you have a lot to answer for." As mentioned, the more details that come out, the worse it gets. When it comes to the allegations that Houck assaulted a clinic escort at an abortion facility, Hawley's first paragraph also points out that "Houck contends that he only did so to defend his child against the man, and local authorities have already dismissed a separate criminal complaint against Houck for the same conduct." Hawley also begins his next paragraph by charging that the FBI "reportedly executed the search warrant in as extreme a manner as one can imagine."

It's certainly worth wondering, then, as to if the FBI and DOJ is looking to make a political example out of this pro-life activist.

Hawley's letter also makes it a point to call out Garland for the hypocrisy when it comes to giving a pass to pro-abortion extremism and violence as well.

"The reports are especially shocking given that your office has so far turned a blind eye to the epidemic of violence across the country by pro-abortion extremists against pregnancy resource centers, houses of worship, and pro-life Americans--violent acts that are prohibited by the very same law which you are changing Mark Houck," another paragraph reads.

What can Hawley really do ?


NOTHING and the Administration knows it ...


expect actions to ramp up, any charge any accusation that maybe brought forth in the next 30 days,. will be trotted out ..

Those EVIL MAGA Republcians that are a threat to Democracy
H

We. Still have people. In jail with out bail from jan.-6. and now this. The FBI is out of control.

PREMO Member
An 84-year-old pro-life female activist canvassing for a ballot proposal surrounding abortion laws in Michigan was shot in the back by an unidentified man last week while passing out pamphlets.

Right to Life Michigan, a pro-life non-profit, said in a statement on Saturday that while the elderly woman volunteered her time going door-to-door around her community in Lake Odessa, one interaction left her wounded after leaving a residence during a “heated conversation.”

“The victim does not know the identity or motive of her shooter.” the statement reads. “The victim is still recovering from her gunshot wound and wishes to remain anonymous while the criminal investigation proceeds.”

Michigan State Police have begun investigating the case and will forward the results to the Ionia County Prosecuting Attorney’s Office.

Authorities told Fox News Digital Saturday that the elderly woman was shot after a “verbal altercation while she was passing out pamphlets” and would later drive herself to the Lake Odessa Police Department. 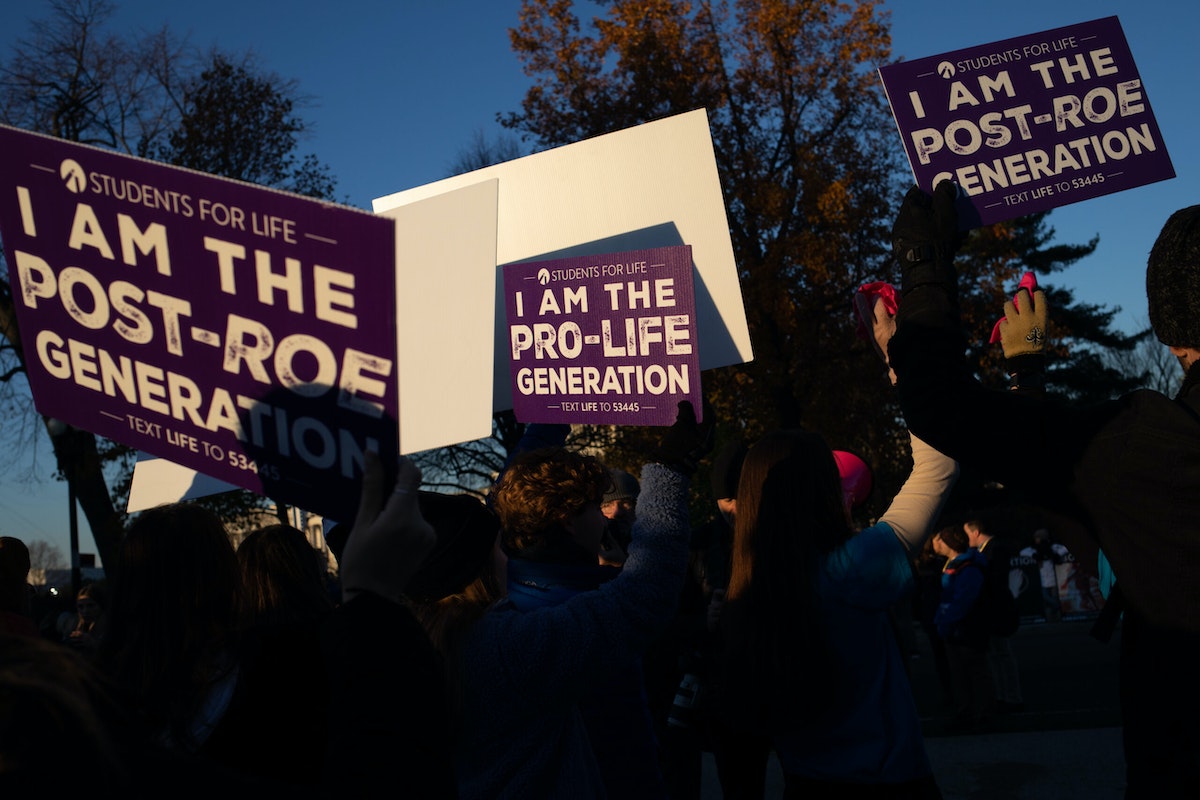 “She had been to approximately a dozen homes, handed out literature, had friendly conversations with folks, and then came to the door of Sharon and Richard Harvey,” the press release said. “That is when her day suddenly turned dangerous.”

Sharon Harvey was “immediately” “hostile, belligerent, and antagonistic” when she found out Jacobson’s views, the legal team claimed. When the pro-life activist was ordered off the property, Jacobson left while Sharon allegedly continued to follow her and verbally harass her, the legal team said. And things only escalated from there when Mr. Harvey showed up with a gun.

“Ms. Harvey followed her down the porch onto the sidewalk and continued her verbal assault of Ms. Jacobson,” the press release said. “Her husband, Richard Harvey, joined her in the yard and was carrying a loaded .22-caliber rifle. He never said a word to Ms. Jacobson, and she said nothing to him. He admitted that he fired a ‘warning shot’ and then claimed he ‘accidently’ shot Ms. Jacobson with a second shot.”

“She was not threatening either Mr. Harvey or his wife, did not use her clipboard as a weapon, and was shot without any provocation,” the legal team continued. “She had turned to ask Ms. Harvey to stop yelling at her, and she was shot from the side as the bullet entered the top of her right shoulder and exited out her upper back near her spine.”

Planned Parenthood Doctor Insists That Men Can Get Pregnant​

PREMO Member
“We know the economy’s ahead, inflation, crime and policing, immigration in some polls, and education — where Democrats are still favored.”

But then she went on to invoke the recent story about a ten-year-old rape victim in Ohio — who crossed state lines to get an abortion after she was allegedly raped by her mother’s undocumented boyfriend — to explain why she still thought it was important to include access to abortion in the party’s messaging.

“But I think that what has gone on — like the story of the ten-year-old rape victim in Ohio, that a lot of conservatives said was made up, right, it’s not possible that a ten-year-old was raped and had to go to Indiana to get an abortion,” Tarlov continued. “Lo and behold, it did happen.”

“Yeah, who was that?” cohost Katie Pavlich echoed.

“Is this a … ?” Tarlov quickly realized what her cohosts were getting at, saying, “Oh. An undocumented man did.””

“Don’t be so silly,” Tarlov argued. “Do you think it really matters …”

“It actually happens all the time in the underground illegal immigration black market because people refuse to close the border, yes,” Pavlich pushed back.

“Americans rape women too, we can all agree on that, right?” Tarlov asked, still trying to redirect the conversation. “So this just happened to have been someone who was undocumented …” 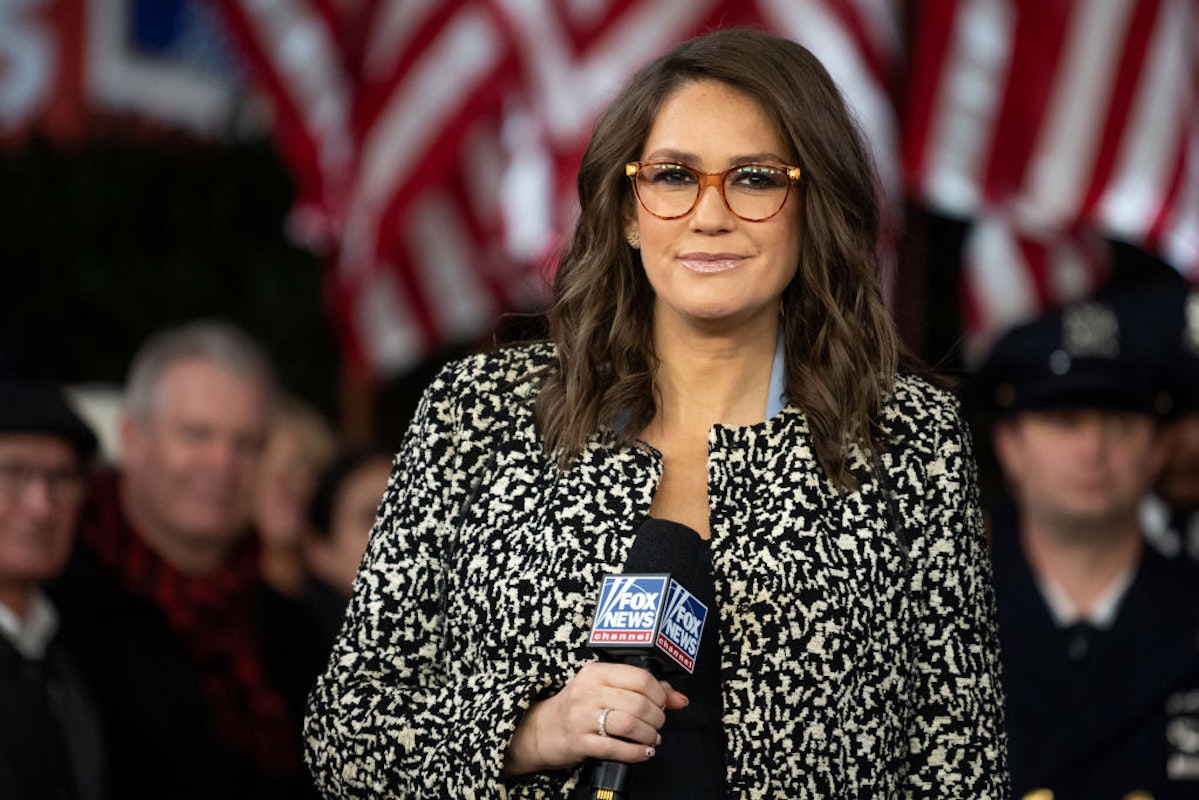