PREMO Member
Anybody have any good info?

Google is blocking it.

Life, Liberty & Levin explores the fundamental values and principles undergirding American society, culture, politics, and current events, and their relevance to the nation’s future and everyday lives of citizens.

PREMO Member
I guess it is AFFH 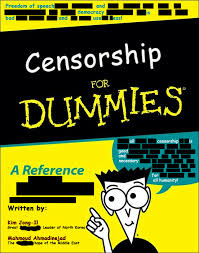 DoWhat said:
Anybody have any good info?

Understanding AFFH: What It Is and How Does It Work?

AFFH requires that local communities receiving HUD dollars make a data based and community member driven plan to foster thriving communities for everyone.

Attention America’s Suburbs: You Have Just Been Annexed

It’s difficult to say what’s more striking about President Obama’s Affirmatively Furthering Fair Housing (AFFH) regulation: its breathtaking radicalism, the refusal of the press to cover it, or its potential political ramifications. The danger AFFH poses to Democrats explains why the press barely mentions it. This lack of curiosity, in turn, explains why the revolutionary nature of the rule has not been properly understood. Ultimately, the regulation amounts to back-door annexation, a way of turning America’s suburbs into tributaries of nearby cities.

This has been Obama’s purpose from the start. In Spreading the Wealth: How Obama Is Robbing the Suburbs to Pay for the Cities, I explain how a young Barack Obama turned against the suburbs and threw in his lot with a group of Alinsky-style community organizers who blamed suburban tax-flight for urban decay. Their bible was Cities Without Suburbs, by former Albuquerque mayor David Rusk. Rusk, who works closely with Obama’s Alinskyite mentors and now advises the Obama administration, initially called on cities to annex their surrounding suburbs. When it became clear that outright annexation was a political non-starter, Rusk and his followers settled on a series of measures designed to achieve de facto annexation over time.

The plan has three elements: 1) Inhibit suburban growth, and when possible encourage suburban re-migration to cities. This can be achieved, for example, through regional growth boundaries (as in Portland), or by relative neglect of highway-building and repair in favor of public transportation. 2) Force the urban poor into the suburbs through the imposition of low-income housing quotas. 3) Institute “regional tax-base sharing,” where a state forces upper-middle-class suburbs to transfer tax revenue to nearby cities and less-well-off inner-ring suburbs (as in Minneapolis/St. Paul).

There was simply no basis in the Fair Housing Act of 1968 for Obama-Biden’s vast AFFH project in social engineering. Since the passage of FHA, the idea of “affirmatively furthering fair housing” has been written into law, but even those later laws authorize nothing like the Obama-Biden overreach. It is a sign of the malady that besets our government that a statement originally intended to call forth vigilance against housing discrimination (“affirmatively furthering fair housing”) has been larded over with meanings it never contained: economic integration, hyper-dense “transit oriented development,” hostility to automobiles in the name of global warming, regional (rather than local) governance, and more.

Duly authorized by President Trump, Secretary Carson has swiftly taken steps to root out Obama’s radical rule, along with the bogus accretions that have developed over decades around the idea of “affirmatively furthering fair housing.” Many bemoan a so-called ratchet effect, in which government grows ever larger—or perhaps plateaus—but never gets smaller. Let this be an example to the public and to future presidents that the ratchet effect can be fought.

The partisan “mainstream” press and leftist housing activists are going to scream bloody murder when they see Obama’s AFFH go down. No doubt there will be lawsuits as well. But President Trump and Secretary Carson have done everything that can be done to return the obligation to “affirmatively further fair housing” to where it belongs, given existing statutes. That is a tremendous accomplishment. The Obama-Biden administration’s most radical measure has at last been stripped away. Don’t let them tell you it was only carrying out the law. Obama’s AFFH was actually only carrying out the wishes of radical-left housing activists under guise of the law. Now the charade is over.

Don’t doubt that all of that will change should Biden win this November. That would spell the return of the old AFFH, with turbo-charging. In fact, if the Dems take congress as well as the presidency the most radically anti-suburban aspects of AFFH will likely all be written into law. That means the new anti-suburban regime will only be undone if the Republicans retake both congress and the presidency down the road.
You must log in or register to reply here.
Share:
Facebook Twitter Reddit Pinterest Tumblr WhatsApp Email Link
Top