Ah Yes ... Acceptance of Gays - Next Pedo's or Incest

Just you wait. It is coming. There will come a day, when a local [St. Mary's, Calvert] public school sodomite teacher gets this anally spread disease then transfers it to classroom surfaces, children's desks, or on papers being graded, leaving some pustule fluid on a toilet seat, stall latch, door knobs/handles, or by direct skin contact when in a position such as, say, a coach, or some other physical contact. As most people do not care there are sodomite men, you can bet all of your life savings when their child comes home with this, Monkey Pox, acceptance of anything gay or queer or lesbian or trans or drag or "pride" related will immediately go in full reverse with these people being publicly shunned, scorned, and ridiculed for their degenerate behavior. Oh lordy will the pitch forks and torches be coming out. On top of the lawsuits that will follow, civil and/or criminal, against any infected spreading sodomite, and civil against any school system.

Actually, I look forward to such a scenario. Because it sure as hell will wake up the populace to their intentional blindness and the firestorm of change that will follow. Hopefully eliminating this queerness and fagotry promotion that has been allowed to infest our school system and collective consciousness, as normal behavior.

Julie Jaman, 80, had been swimming at the Mountain View pool, a Port Townsend facility, for 35 years, but on July 26, the Y’s aquatics manager, Rowen DeLuna, allegedly informed her that some children needed the lane she was swimming in.

Jaman said she headed to the women’s showers, where she soaped up before hearing a man’s voice, then turned to see a biological male named Clementine Adams, allegedly an employee at the pool, “looking at the little girls as they were taking off their suits,” the Port Townsend Free Press reported.

The Daily Wire reached out to the Mountain View pool for comment.

“There were gaps in the curtain and there I was, naked, with soap and water on me, and this guy, right there very close to me,” Jaman said. “I asked, ‘Do you have a penis?’ He said, ‘That’s none of your business.’ That’s when I told him, ‘Get out of here, right now.’”

Jaman said she turned to DeLuna, who was outside the shower stall, and said, “Get him out of here,” but DeLuna responded, “You’re discriminating and you can’t use the pool anymore and I’m calling the police.”

Jaman claimed that when she got dressed and tried to leave the building, a YMCA staff member told her she could not leave, echoed by DeLuna, prompting Jaman to respond, “Bull****! I’m going to the police right now. I want help and I need it immediately.”

US library defunded after refusing to censor LGBTQ authors: ‘We will not ban the books’​

“Our libraries are places to read, places to gather, places to socialize, places to study, places to learn. I mean, they’re the heart of every community,” Deborah Mikula, executive director of the Michigan Library Association, told the Guardian. “So how can you lose that?”

“We are champions of access,” she added, including materials that might appeal to some in the community and not others. “We want to make sure that libraries protect the right to read.”

The controversy in Jamestown began with a complaint about a memoir by a nonbinary writer, but it soon spiraled into a campaign against Patmos Library itself. After a parent complained about Gender Queer: a Memoir, by Maia Kobabe, a graphic novel about the author’s experience coming out as nonbinary, dozens showed up at library board meetings, demanding the institution drop the book. (The book, which includes depictions of sex, was in the adult section of the library.) Complaints began to target other books with LGBTQ+ themes.

One library director resigned, telling Bridge she had been harassed and accused of indoctrinating kids; her successor, Matt Lawrence, also left the job. Though the library put Kobabe’s book behind the counter rather than on the shelves, the volumes remained available.

“We, the board, will not ban the books,” Walton told Associated Press on Thursday.

A few months later, in March, an anonymous letter went to homes in the area. It criticized the “pornographic” memoir and the addition of “transgender” and “gay” books to the library, according to Lawrence. “That fired a lot of people up and got them to start coming to our board meetings to complain,” he said. “The concern from the public was that it’s going to confuse children.”

PREMO Member
But only 5 minutes into the event, trans activists arrived on the scene with megaphones and noise makers and attempted to drown out the women’s rights speakers by repetitively chanting "TERFs go home!"

The activists, making every effort to disrupt the event, attempted to block the camera’s view of Danksy by invading her personal space. One aggressively grabbed the microphone Danksy was holding and yelled "Shut the f*ck up!"

The tension peaked when a group of activists crowded around Danksy and shouted in her face. Worried for her safety, some of the event’s organizers attempted to place themselves between Danksy and the increasingly aggressive activists. When one of the activists tripped over themselves, chaos ensued and the camera feed cut out.

"I have just been told the police are in fact on their way," said Sousa, during the confrontation. Shortly thereafter, police arrived on the scene.

Danksy told The Post Millennial, "The event organizers had secured a permit, but the park police were completely unprepared for what happened. Those protesting us were permitted to grab our signage and our equipment. They were permitted to position themselves physically between us and our camera and to make hand gestures that easily could have become violent assaults. One of them repeatedly bumped a flag up against me, despite repeated requests not to physically touch me. Eventually, the park police ordered them to move away from us physically, though they were permitted to continue chanting and disrupting the event."

"The event organizers had secured a permit, but the park police were completely unprepared for what happened," Kara Danksy told The Post Millennial.


"There are over 20 states trying to criminalize hormone therapy, particularly for trans youth. So, my friends and I had an idea: sending out our extra prescriptions around the country. If you need hormones, I’m working with a distribution network to get you access. Everything is free, no questions asked. We have hundreds of doses of testosterone, estradiol, and spironolactone available right now. All are prescribed by doctors and unused. Each package comes with information on dosage, obtaining bloodwork, etc," Erlick wrote.


Should be simple enough to set up a sting operation

PREMO Member
“They/Them,” a Peacock original, stars Kevin Bacon as the head of a conversion camp that’s being plagued by a psycho killer.

Per Rotten Tomatoes, “Several queer campers join [Bacon as Owen Whistler] for a week of programming intended to ‘help them find a new sense of freedom.’ As the camp’s methods become increasingly more psychologically unsettling, the campers must work together to protect themselves. When an unidentified axe murderer starts claiming victims, things get even more dangerous.”

“’They/Them’ never connects on a gut level, as a horror movie should. It’s too somber and plodding — a ‘message movie’ delivered in a drab package,” the Los Angeles Times wrote in its review.

CNN called out writer/director John Logan for failing to get the message across. Their reviewer said the story “at various times feels creepy, exploitative and preachy, without becoming particularly tense or scary.”

Fred Topel from UPI said, “As an out gay filmmaker, Logan may have something sincere to say both about ant-LGBTQ tactics and the slasher movie genre. Unfortunately, combining them ends up sabotaging both sides of the story.” 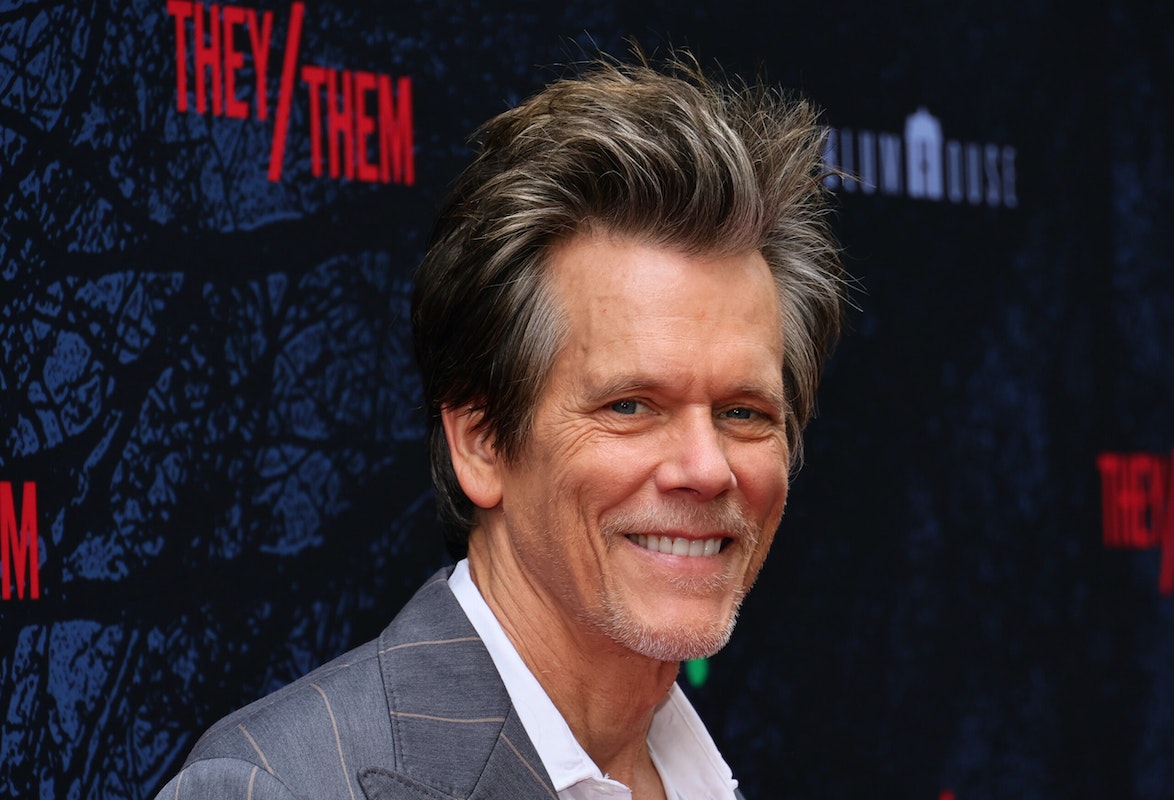 Ad Free Experience
Patron
This stuff is getting tiresome. As one of my longtime friends, who is gay said: "My sexuality is not an accomplishment. It is part of who I am. Judge me by my actual words and deeds." He served honorably as a cop in New Jersey for 1/4 century, medically retiring as a Detective Lieutenant.