PREMO Member
The agents then showed Hueper a photo of a woman they claimed was inside the United States Capitol and may have Nancy Pelosi’s laptop. The woman, Hueper said, looked “remarkably” like her, but told the agents that, while she attended the rally outside the U.S. Capitol building, she never went inside. Instead, she and her husband, who attended the rally “on a whim” were “lost, eating hot dogs at the other end of the Mall,” when the rioters entered the building.

“I’m like, ‘Wait a minute. Is that her? That’s clearly not me. Why did you not show me this to start with?’” Hueper said in her interview.

“I don’t mean to be disrespectful and laughing, but this is really surreal and strange,” Hueper said she told agents. “I still think it’s funny that they want to take me as someone who was actually there [at the Capitol riot], instead of lost, eating hot dogs at the other end of the Mall.”

She did say she appreciated knowing that Pelosi’s laptop was really missing and that the search was not part of a “conspiracy theory.”


“I said, ‘Oh, so it was stolen and it’s at large, good to know. I thought maybe it was just conspiracy theory, so thanks for the intel,’” Hueper related to the radio station. 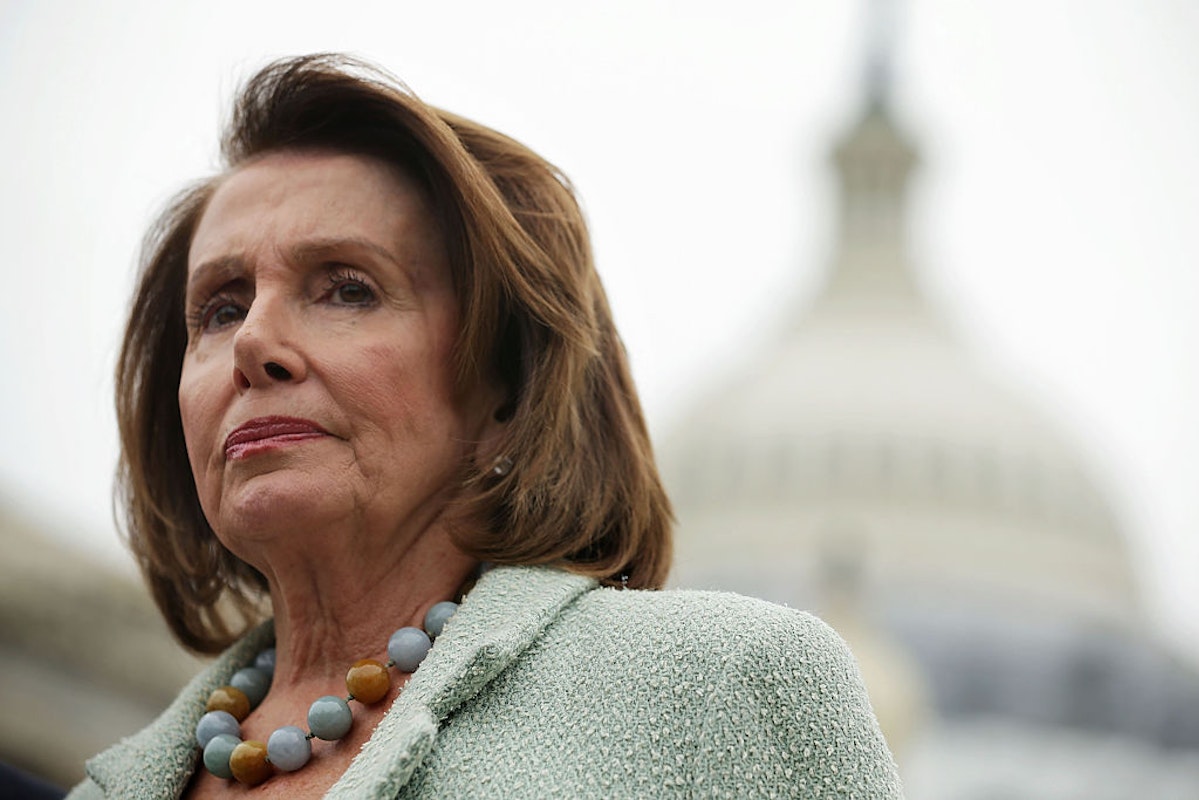 Agents of the federal government raided an Alaska woman's home and "boutique hotel and spa" last week looking for Nancy Pelosi's laptop, stolen during the

That's interesting. I was under the impression they had recovered it immediately along with other materials reported as stolen.

I can only surmise that it either doesn't contain anything of interest or it is only a gateway device into something virtual.
My government laptop contains no significant material, and is more or less useless without the means to access a government site.

SamSpade said:
That's interesting. I was under the impression they had recovered it immediately along with other materials reported as stolen.

I can only surmise that it either doesn't contain anything of interest or it is only a gateway device into something virtual.
My government laptop contains no significant material, and is more or less useless without the means to access a government site.
Click to expand...

Probably more embarrassing than anything else. Maybe some juicy "Screw the flyovers, we'll own them in five years" sort of stuff. But noting classified, I dont think, but hey, look at Hillary....


Apparently, the FBI went off half-cocked because Marilyn Hueper was wearing the same coat as some other woman who had entered the Capitol. Other than the coat, the two women look nothing alike (via Alaska Watchman).

These are our crack federal law enforcement agents at work. What a shameful disgrace.

While separated from her husband, Marilyn was told why the agents were at their home.

“They said, ‘We’re here for Nancy Pelosi’s laptop,” she recalled. “So, I guess it was stolen and it is still at large.”

The agents then claimed that they had positively identified Marilyn as being in the Capitol building and that they wanted to know who she was working with.

. . . . When repeatedly told she was the woman in the photo, Marilyn responded by saying “I would like to know how I split myself into two locations because I didn’t know I had this power.”

The first photo agents showed her was very fuzzy and depicted a woman wearing a similar coat with a similar hairstyle. They then showed her a photo of the woman’s face.

She told them, “Oh that’s obviously not me. Why didn’t you show me that photo to start with?” The woman in the photo has detached earlobes – Marilyn’s are attached, she said. Plus, the woman was wearing a sweater that Marilyn said, “You couldn’t pay me to wear.”

The agents suggested that she was lying and not cooperating, she told Bird.

At no point was the couple read their Miranda rights or charged with any crime, and the agents left after three hours without offering an apology. They also took Marilyn’s phones and laptop, she said. 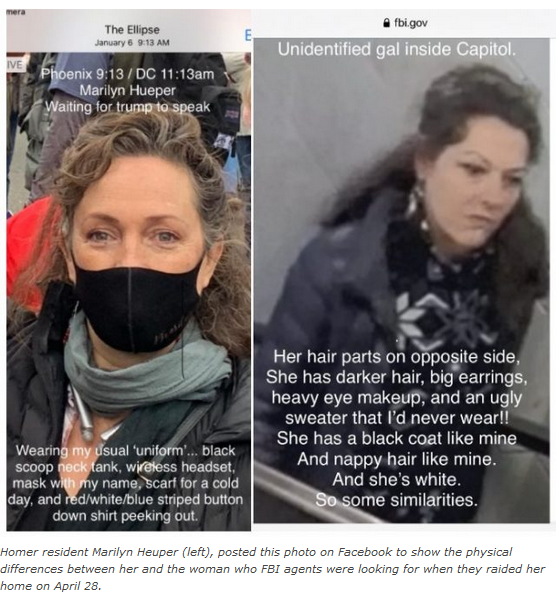