Health and Human Servies official Michael Caputo, who has been accused of trying to manipulate COVID-19 data for political purposes, espoused conspiracy theories and warned of post-election insurrection from left-wing hit squads in a live video Sunday, according to multiple media reports.

Without offering evidence, Caputo, assistant secretary of public affairs at HHS, accused scientists at the Centers for Disease Control and Prevention of "sedition" and falsely claimed they had formed a "resistance unit" against President Donald Trump, according to The New York Times. The Times first reported the contents of the video stream on Caputo's Facebook page, which has since been made private. Caputo later related what he said in the video to The Washington Post and CNN.

Caputo predicted Trump will win reelection but claimed his Democratic challenger Joe Biden would refuse to concede and warned his Facebook followers to prepare for violence.
Click to expand...

Remember: ONLY the best and brightest surround Trump!!!

PREMO Member
Well, just look at what all you anarchists are doing already. Your favorite ho Kamala has already delcared that the violence must continue after the election, regardless of who wins.

Reap what you sow, sweet cheeks.

The New York Times, the Washington Post, and CNN.

Congratulations! You have been simultaneously uninformed and misinformed at once! Courtesy of the Trifecta of Stupid!

Congratulations! You have been simultaneously uninformed and misinformed at once! Courtesy of the Trifecta of Stupid!
Click to expand...

That should be their Ad Banner!

PREMO Member
I find it interesting how the OP will search around for pushed-out news articles from the "usual suspects" (WaPo, NYT, USA Today, etc.) to make it appear that Trump criticism is coming from all parts of the country.

Last week saw the OP pushing out an article by a NYT writer (won't say journalist) but linked to a local paper that uses the NYT as a news service. Now this link from "Des Moines" which is nothing more than a recycle of USA Today.

PSA to alert the reader not to fall for his/her/xer attempts to manipulate.

Remember: ONLY the best and brightest surround Trump!!!

You're actually are getting hilarious in your stupid posts, quoting all the usual suspects .
Do you actually have a brain or do you let the bots do all your thinking?

Yooper said:
I find it interesting how the OP will search around for pushed-out news articles from the "usual suspects" (WaPo, NYT, USA Today, etc.) to make it appear that Trump criticism is coming from all parts of the country.

Well those are the news sources that actual Republicans read everyday. 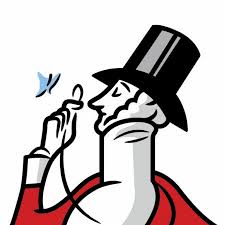 PREMO Member
When you think of the CDC, you probably think of scientists intent on solving health problems and concerned with public health. Not social justice warriors who are intent on defying President Trump. However, Health and Human Services Assistant Secretary for Public Affairs Michael Caputo warned in a Facebook Live video this may be precisely what is going on. From The Hill:

In a Facebook Live video on Sunday, HHS Assistant Secretary for Public Affairs Michael Caputo said the Centers for Disease Control and Prevention (CDC) was harboring a “resistance unit” to Trump, The New York Times reported.

The career scientists “haven’t gotten out of their sweatpants except for meetings at coffee shops” to plot “how they’re going to attack Donald Trump,” Caputo said, according to the Times. “There are scientists who work for this government who do not want America to get well, not until after Joe Biden is president.”

Apparently, Caputo also warned of an armed insurrection following the election if the president won and said Joe Biden refuses to concede. This assessment is based on the fact that the Democrats and their allies in the media have told us the exact same thing. Hillary Clinton advised Biden not to concede under any circumstances, and the Transition Integrity Project warned of violence in the streets unless Joe Biden wins in a landslide. Caputo seems to be taking them at their word.

Does President Trump Have the Deep State Working Against Him at the CDC?

President Trump has an order regarding training ignored by staff at the CDC. Is it possible opposition to him goes deeper into the agency during a pandemic?

Read this and try to comprehend.