PREMO Member
Alexandria Ocasio-Cortez is still blocking her critics on Twitter despite recently losing a lawsuit against a man who complained she had violated the First Amendment by preventing him from engaging with her.

The firebrand Democrat from New York, after publicly apologizing earlier this week for having blocked former Brooklyn Assemblyman Dov Hikind, unblocked him, but not others.

As of Saturday four conservatives were still being blocked from the congresswoman's account.

The right-wing news outlet Daily Caller also was prevented from looking in on posts made by Ocasio-Cortez, known more commonly as AOC, the New York Post reports.

While AOC was forgiving of Hikind, she apparently wasn't willing to unblock Harry Cherry, a 20-year-old conservative and former journalist who uses the Twitter handle @TheHarryCherry; Niraj Antani, a right-wing Ohio state lawmaker who goes by @NirajAntani; Liz Wheeler, host of the right-wing One American Network who uses @Liz_Wheeler, and Ryan Saavedra, a conservative activist and reporter at the Daily Wire. 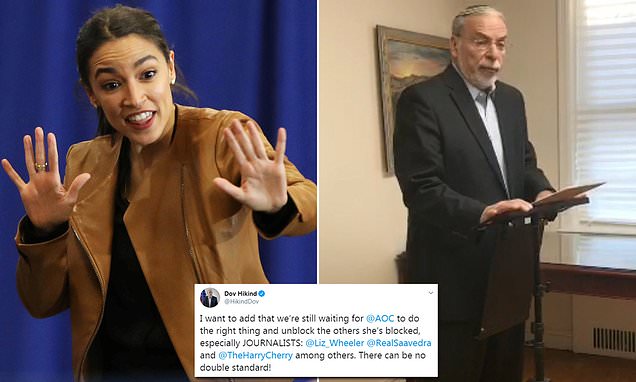 The firebrand Democrat who apologized to a former lawmaker and settled a lawsuit filed against her that claimed she had violated free speech continued blocking her critics on Saturday.