Staff member
PREMO Member
Patron
New tool guides the public on steps to take if they find stray kittens during kitten season, when there’s an annual surge in newborn felines across the country 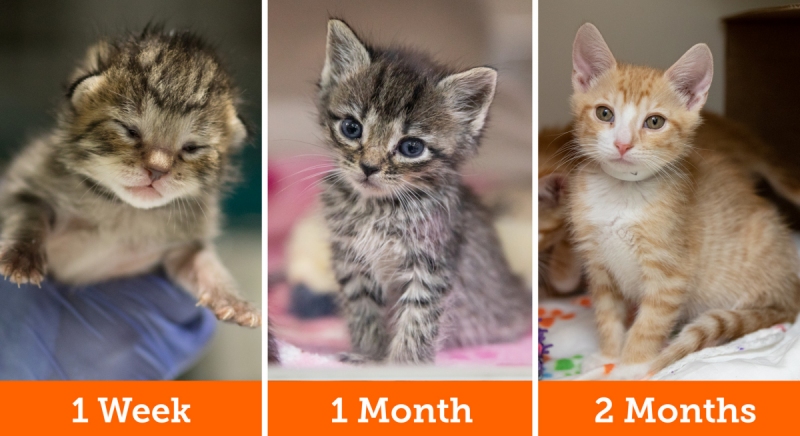 NEW YORK – To coincide with the start of Adopt-a-Shelter-Cat Month and kitten season, the ASPCA® (The American Society for the Prevention of Cruelty to Animals®) today announced the launch of a new online tool accessible on desktop and mobile devices to help the public choose the next steps to take if they find stray kittens outdoors. Hundreds of thousands of homeless kittens are born across the country during kitten season every year, and by using this interactive tool, animal lovers across the nation will directly help to make the best decision for kittens’ ongoing well-being.

Newborn and young kittens, both among the most vulnerable animal populations, are often removed from their environment and unintentionally orphaned by well-meaning community members, but this might not always be the right course of action. For example, some stray kittens may appear to be alone, but the mother cat—who knows exactly what her new litter needs—may be hiding nearby or out getting food. Not all kittens require the same kind of assistance, and the public can now easily determine the appropriate lifesaving approach, tailored to the individual situation of each kitten, by answering a series of simple questions about how the animals were found and other observations.

"When you find kittens outside, it's crucial to pause and assess how to help these vulnerable animals in a way that matches their unique situation to give them the best chance at survival and avoid overwhelming shelters when it’s not necessary," said Tina Reddington Fried, Director, Los Angeles Volunteer & Kitten Programs. "It can be tempting to take the kittens home or immediately bring them to a shelter, but some kittens who are with their mother should often be left alone or monitored—as no one can care for a kitten like their own mother."

Feline breeding season, otherwise known as kitten season, often occurs during warmer months—typically March through October with timing that varies across the country—and is when many shelters experience the bulk of their cat and kitten intake. In Los Angeles, 90 percent of the approximately 37,000 kittens entering L.A. County and L.A. City shelters each year come in during kitten season with 83 percent of kittens who enter Animal Care Centers of NYC also coming in during this same seasonal period. All of these at-risk kittens make up a large part of the roughly 3.2 million cats entering shelters each year, requiring round-the-clock care and protection from infectious diseases that other animals in a shelter environment might be carrying. For these reasons, placing kittens in foster homes and dedicated kitten nurseries are the most humane options until they become old enough to be adopted.

“The tremendous annual need of foster caregivers for newborn cats has coincided with an enormous and unprecedented response from the public seeking to support their local animal shelters during the ongoing COVID-19 crisis,” said Fried. “Applications to temporarily foster animals through ASPCA programs in New York City and Los Angeles increased by 159 percent during the first 12 months of the pandemic —and with this need met, we now have an opportunity to save even more animal lives by remaining alert and taking actions that focus on stray kittens found outdoors.”

The ASPCA currently operates two foster programs in the United States—one in New York City and one in Los Angeles —alongside providing spay/neuter services for Trap-Neuter-Return-Monitor (TNRM) programs that humanely manage community cat populations through having them spayed or neutered and vaccinated against rabies, and then returning them to their original location.

In New York City, the ASPCA's Kitten Foster Program has engaged foster caregivers to provide care for more than 9,000 kittens and nursing mothers since 2014. Once kittens are big and healthy enough to be returned to the ASPCA for spaying or neutering, they are placed for adoption at the ASPCA Adoption Center on Manhattan's Upper East Side. On the West Coast, the ASPCA's Los Angeles Kitten Foster Program has cared for over 7,000 kittens since April 2017, the majority of whom entered our program through two of the highest intake L.A. County shelters, the Baldwin Park and Downey Animal Care Centers.

To learn more about the recommended actions to take when kittens are found, visit ASPCA.org/FoundKittens.

About the ASPCA®
Founded in 1866, the ASPCA® (The American Society for the Prevention of Cruelty to Animals®) was the first animal welfare organization to be established in North America and today serves as the nation's leading voice for vulnerable and victimized animals. As a 501(c)(3) not-for-profit corporation with more than two million supporters nationwide, the ASPCA is committed to preventing cruelty to dogs, cats, equines, and farm animals throughout the United States. The ASPCA assists animals in need through on-the-ground disaster and cruelty interventions, behavioral rehabilitation, animal placement, legal and legislative advocacy, and the advancement of the sheltering and veterinary community through research, training, and resources. For more information, visit www.ASPCA.org, and follow the ASPCA on Facebook, Twitter, and Instagram.
You must log in or register to reply here.
Share:
Facebook Twitter Reddit Pinterest Tumblr WhatsApp Email Link
Top