The AP reported that “tens of thousands” of children, “from toddlers to teens” remain in U.S. custody, in a network of shelters across the country, many of which are escaping scrutiny. The shelters are, the AP noted, staffed, in some cases, by people who have escaped having to pass an FBI background check, and the children ‘aren’t guaranteed access to education, recreational opportunities, or legal counsel.”

“The Biden administration is holding tens of thousands of asylum-seeking children in an opaque network of some 200 facilities,” spanning “two dozen states.” At least five of those facilities house more than 1,000 children.

“Confidential data obtained by the AP shows the number of migrant children in government custody more than doubled in the past two months, and this week the federal government was housing around 21,000 kids, from toddlers to teens,” the AP reported. “A facility at Fort Bliss, a U.S. Army post in El Paso, Texas, had more than 4,500 children as of Monday. Attorneys, advocates, and mental health experts say that while some shelters are safe and provide adequate care, others are endangering children’s health and safety.”

Thousands of migrant children have been intercepted at the United States’ southern border in recent months and, at one point, the United States government was housing around 15,000 children in border patrol facilities, some for far longer than the 72 hours allowed by immigration courts and federal law.


“We see there being a number of other factors that have a larger impact, including the pace of vaccinations just a month ago, the childcare impacts, the need to get more money out into state and local communities,” she said. “So that’s where our focus is going to be, and, for us, it’s important that we continue to remain solutions-oriented on areas where we feel can be most beneficial to the economy and not be moved by talking points.”
Some people call them “facts.” Others call them “talking points.” Either way, America has a problem. The 266,000 jobs created last month stand in stark contrast to the more than 7 million job openings reported at the beginning of April.
Washington Examiner:

Some Republican governors announced last week after the jobs report was released that they would clamp down on unemployment benefits. Florida Gov. Ron DeSantis, for instance, said his state would soon require people seeking financial assistance to prove they were looking to be hired.
“The demand is there. Businesses want to hire more people, and I think we can go in that direction very soon,” he said.
Arkansas, Montana, and South Carolina are taking similar steps after Congress approved Biden’s plan to provide an extra $300 in weekly payments for unemployed workers as part of his $1.9 trillion coronavirus package.
Click to expand...

PREMO Member
We Don't Have a President

So where exactly is Joe Biden, the man who is ostensibly the President of the United States?

No one can seem to figure that out. He’s given no public statements about the two major crises of the last 24 hours. His surrogates have sent mixed messages, with Jen Psaki chastising Israel for being attacked by Palestinian terrorists today. In regards to the pipeline, the administration claimed that it was a “private sector” matter in one of the more surreal moments of Biden’s presidency. I guess there weren’t enough fake nooses hung to get the FBI to jump into action?

Regardless, it’s becoming clearer and clearer that we don’t have a president, at least not in any traditional sense. Sure, we have a man who holds the office while his handlers make all the decisions and craft all the narratives, but we don’t have a president who can stand up and provide guidance on the tough issues. Biden is a coward anyway. He won’t stand up to those pulling the strings around him nor will he stand up to despots around the world.

The Palestinians had not fired a rocket at Jerusalem since 2014 until this week. What changed, exactly? Well, Biden’s handlers decided to reinstate “aid” payments to the Palestinians. They are emboldened, knowing that Donald Trump isn’t there to push back anymore while Biden is happy to play into his own weakness, coddling the terrorists who are currently killing Jews in the streets.

Bader wrote that the guidelines were discussed at a May 11 event facilitated by the Education and Justice Departments. Speakers suggested Biden not only reinstate the Obama-era guidelines, but expand them. As Bader noted, the Obama guidelines “included a controversial ‘Dear Colleague Letter’ that told school systems they could be investigated by the Education Department for higher black suspension rates, even if suspensions were simply the result of ‘neutral,’ ‘evenhanded’ application of school discipline rules, rather than veiled racism.” Those who spoke in favor of expanding the Obama-era guidelines focused on “intersectionality,” or how one person can belong to multiple minority groups, such as a black transgender youth. Bader wrote that one transgender advocate who spoke at the event “viewed metal detectors and gun bans as unfair to transgender youth, given that they are disproportionately bullied and feel the need to bring guns to school to defend themselves.” 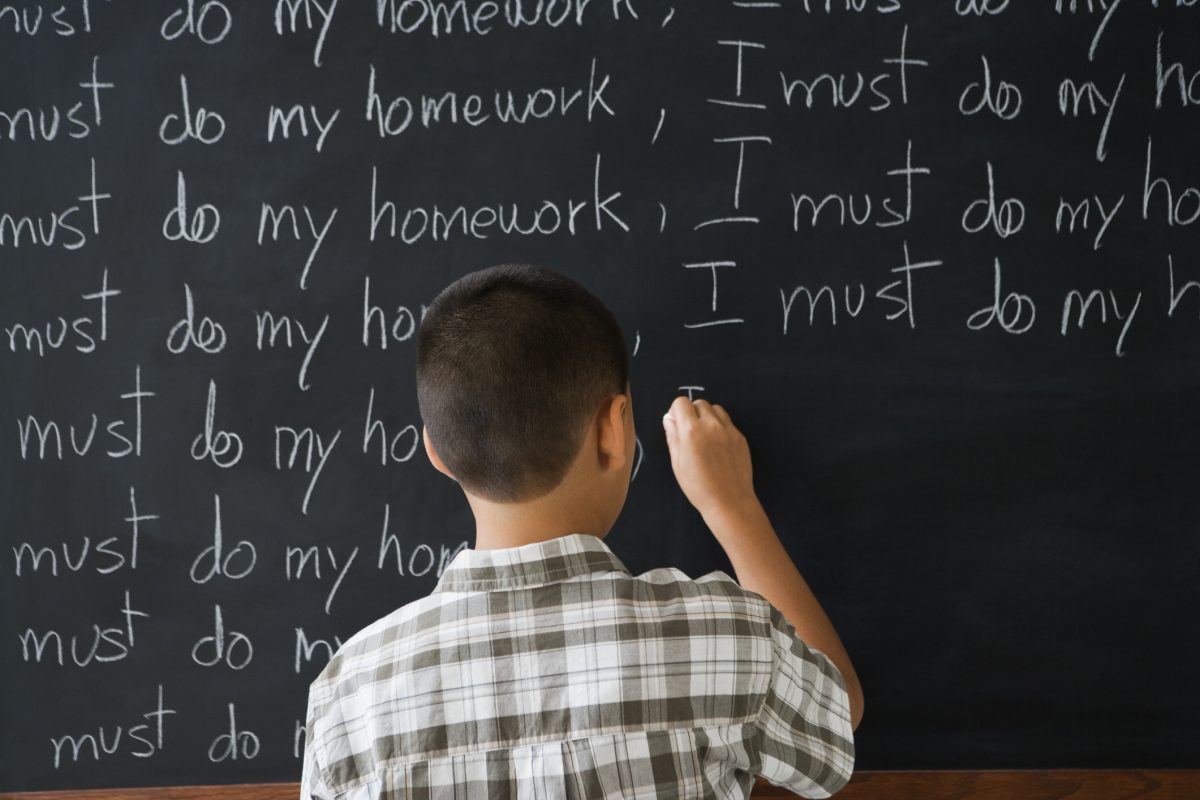 
Politico reports that Harris is now under increasing scrutiny from immigration advocacy organizations for “sealing” the border, effectively ending immigration across the United States’ southern border because of the pandemic threat, even as COVID-19 remains on the decline.


“Months before the election, then-Senator Kamala Harris signed on to a letter with fellow Democrats accusing the Trump administration of violating federal law when it took the drastic step of citing the pandemic to close down the Mexican border,” Politico noted Wednesday. “Now, after being sworn in as vice president, Harris backs the Biden administration’s decision to keep the border closed under that very same provision, according to two people familiar with her thinking.”


Neuberger answered, “We recognize that victims of cyberattacks often face a very difficult situation. And they have to just balance off, in the cost-benefit, when they have no choice with regard to paying a ransom. Colonial is a private company, and we’ll defer information regarding their decision on paying a ransom to them.”

Madhani persisted, “Did you — would the administration offer any advice on whether or not to pay a ransom?”

“So, typically, that is a private-sector decision, and the administration has not offered further advice at this time,” Neuberger replied. “Given the rise in ransomware, that is one area we’re definitely looking at now to say, ‘What should be the government’s approach to ransomware actors and to ransoms overall?’”


Neuberger answered, “We recognize that victims of cyberattacks often face a very difficult situation. And they have to just balance off, in the cost-benefit, when they have no choice with regard to paying a ransom. Colonial is a private company, and we’ll defer information regarding their decision on paying a ransom to them.”

Madhani persisted, “Did you — would the administration offer any advice on whether or not to pay a ransom?”

“So, typically, that is a private-sector decision, and the administration has not offered further advice at this time,” Neuberger replied. “Given the rise in ransomware, that is one area we’re definitely looking at now to say, ‘What should be the government’s approach to ransomware actors and to ransoms overall?’”
Click to expand...

Ah, pursue the criminals and put them in jail? Not a hard question.

I don't believe with all of our intelligence agents and sources and all of the police forces in this country we cannot find these turd that are running the Ransom scheme. This is a National Security Threat and it's time some people went to jail for this crap.

However, Biden seems to be misleading in his claim that his vaccination program has “led the world.” By all available and relevant metrics, the United States does not lead the world in terms of vaccine distribution and application.

Ranking countries by the number of doses administered per 100 people — the best metric for judging vaccine distribution while taking population size into account — the United States is ninth in the world. Seychelles, United Arab Emirates, Israel, San Marino, Bahrain, Chile, Maldives, and the United Kingdom rank higher than the United States.

In terms of raw total of doses administered, the United States doesn’t appear to be first in the world, with Mainland China claiming to have administered almost 90 million more doses than the U.S.

To be clear, nothing Biden did or did not do caused the Colonial Pipeline hack. The affected computers weren’t even connected to the pipeline, but Colonial shut it down anyway as a precaution. People then panicked about a gas shortage, so they rushed to fill up their tanks and whatever else they could find to contain fuel. This caused gas stations to run out, leading to long lines and higher prices. Had everyone remained calm and considered that the pipeline would probably be brought back online soon, there wouldn’t have been an issue. But as such, we had a short-lived crisis.

Had that happened under Trump, he would have been blamed, constantly questioned about how it was his fault or how he needed to fix it, demanding he reassure the American people, etc. But Biden — as we can expect will be the case for the entirety of his presidency — gets a pass from the sycophantic media.

Eight months ago, Trump achieved historic deals between several Arab nations and Israel. It was a start, and it signaled the beginning of potential change in the region. More work was obviously needed, but the Biden administration’s Middle East policy has been an abrupt change – abandoning Israel, trying to cozy up to Iran, while disparaging countries like Saudi Arabia, which is far from perfect but is at least willing to work with us (and not a threat to nuke the planet). Now, the media reports on rocket fire into Israel every few years, but had the current situation happened under Trump, there would have been a lot more media pressure and blame. As it stands now, Trump is still getting blamed for the conflict even though he is out of office.

PREMO Member
Biden ‘Often’ Snaps At Aides With ‘Profanity,’ Report Says. He Promised To ‘Fire’ Anyone Who Did That.


The report about Biden’s explosive outbursts was featured in The New York Times, which described Biden as someone who struggles to make decisive decisions and who often second guesses himself.

The report comes after Biden promised on his first day in office to fire anyone who was being disrespectful inside the workplace. “I’m not joking when I say this: If you’re ever working with me and I hear you treat another with disrespect, talk down to someone, I promise you I will fire you on the spot,” Biden said. “On the spot. No if, ands, or buts.”

Biden said at the time that his remarks were “not hyperbole” and that the only things he expects with “absolute certitude is honesty and decency.”

The Times’ report said that Biden demands lots of detail when making decisions, but that he becomes frustrated by it and he lashes out at aides in outbursts “often laced with profanity.”

“Let’s talk plain English here, he will often snap,” the report said, adding that Biden is “quick to cut off conversations” and that he “even occasionally hangs up the phone on someone who he thinks is wasting his time.”