Right about now they wouldn't call a war a crisis.


The legal community disagrees about whether the EEOC general counsel serves at the pleasure of the president since the agency’s status as independent or executive is debatable.

Gustafson, the first woman to serve as general counsel of the EEOC, which works to enforce federal civil rights laws against workplace discrimination, was confirmed by the Senate in August 2019, and her term was set to expire on August 5, 2023.

While her firing was sudden, the new administration had made several moves to curb Gustafson’s work in the weeks beforehand, signaling its discomfort with some of her priorities. Her emphasis on religious discrimination claims in particular had rankled LGBT advocates, who worried that religion-based claims might clash with LGBT discrimination claims.


“Well, first of all, one of the things I think is important is we’ve seen surges before. Surges tend to respond to hope, and there was a significant hope for a more humane policy after four years of pent up demand,” Jacobson responded. “So I don’t know whether I would call that a coincidence, but I certainly think that the idea that a more humane policy would be in place may have driven people to make that decision.

And whatever you call it wouldn’t change what we’re doing because we have urgency from the president on down to fix our system and make sure that we are better at dealing with the hopes and the dreams of these migrants in their home country.”
Click to expand...

I call BS on this. There is never a good or better time to enter a country illegally.

If they enforced the existing migration laws there wouldn't be this problem. There's nothing to fix if you enforce the rules.


Unidentified sources told Bloomberg News that the hike Biden is planning would be the largest in nearly 30 years. Yes, Biden campaigned on making life worse for Americans by raising their taxes and suggesting he would shut down the country at a moment’s notice, but it still stings to hear this might be one campaign promise he would keep.

The Hill reported that the planned federal tax hike would include: “raising the corporate tax from 21 percent to 28 percent; increasing the income tax rate on people making more than $400,000; expanding the estate tax; paring back tax preferences on pass-through businesses such as limited-liability companies; and setting up a higher capital gains tax rate for individuals making at least $1 million.”

Sure, some of these tax hikes are said to be limited to the wealthy, but those costs will surely be passed on to lower- and middle-class Americans. The wealthy also have the ability to avoid tax hikes in a way lower-income people can’t. And rest assured, hiking the corporate tax rate by nearly a third, expanding the estate tax, and raising taxes on LLCs, will increase the tax-burden for non-wealthy Americans.


An independent analysis of the tax hike plan Biden campaigned on, conducted by the Tax Policy Center, determined it would raise taxes on Americans by $2.1 trillion over 10 years, or $210 billion a year.

“The number of apprehensions has been growing since Biden took office, according to the latest U.S. Customs and Border Protection statistics, and rose 6 percent between December and January, a period that typically brings a holiday lull,” the outlet added.

Part of that problem does refer back to the Trump administration’s “remain in Mexico” policy; while President Joe Biden suspended the policy for new asylum seekers, around 70,000 individuals are still being held in camps south of the United States-Mexico border, and while the Biden administration has pledged to process around 25,000 of those claims, the system is moving slowly.

PREMO Member
Vindman thanked the Biden administration in a statement while continuing his assertions that his negative performance reviews from Trump officials were a form of retaliation for a number of probes he led into their conduct.

“I am deeply grateful for the trust and confidence the U.S. Army and the Judge Advocate General Corps have placed in me with selection for promotion to Colonel. They stood their ground despite intense pressure during the last Administration. I look forward to continuing my service to the U.S. Army and the Nation in positions of increasing responsibility,” Vindman said.

“The Department of Defense Inspector General will soon complete its investigation into the malfeasance of former White House officials, one of whom remains in a senior government position. I look forward to reviewing the report, which I hope will lead to accountability for those who retaliated against me for making lawful disclosures of misconduct,” he added.

“Thank you to the many fellow officers, Soldiers, friends, relations and all Americans of good will who supported me and my brother Lieutenant Colonel (ret) Alexander Vindman during this challenging period and throughout my career. My family and I also extend hearty congratulations to my fellow selectees for promotion to colonel,” he concluded.

An April 6, 2020 officer evaluation report from Vindman’s bosses in the White House Counsel’s office, John Eisenberg and Michael Ellis, said that Vindman was “a hardworking officer, but he frequently lacks judgment and has difficulty understanding the appropriate role of a lawyer in an organization.”

“On multiple occasions, his unprofessional demeanor made NSC staff feel uncomfortable,” the review continued. Vindman “would benefit from additional experience in a slower-paced work environment subject to less pressure and scrutiny … In time, he may become a better attorney.” 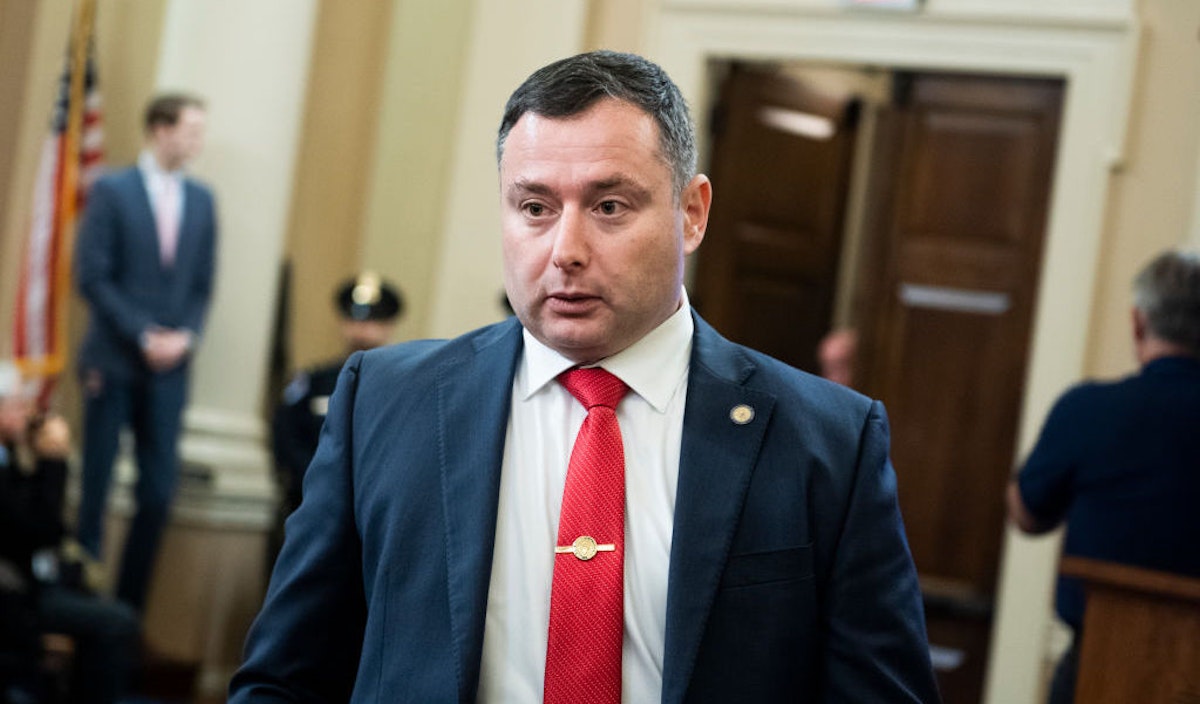 It's like this folks.
Whether taxes are raised now or later is really irrelevant.
It's coming as sure as the sun rises in the East.

Democrats voted for it, they wanted it, and I hope they bear the brunt of it.
But of course they won't.
Only those working will be affected, and too many Dems don't work.

PREMO Member
Biden Bashes People Who Are Disinclined to Get the Vaccine, Suggests They Aren't Patriots

He doesn’t understand the concept of freedom, really? Yes, Joe Biden, people have the freedom not to get the vaccine if they don’t want it. If you don’t understand that, you’re missing a rather critical part of being an American. There are people on both sides of the aisle who are not inclined to get the vaccine, that’s up to them and Biden really is the last one who should be questioning anyone’s patriotism.


Maybe, speaking of patriotism, he should demonstrate a little of it, by showing concern over releasing illegal aliens who have the virus into the country, as he has reportedly been doing? As Fox’s Peter Doocy explained during a press briefing exchange with Jen Psaki last week, 9% of those released in the Brownsville area, 204 people, were released into the country with the virus. Maybe that could be just a bit problematic? And it’s completely inconsistent with the narrative he’s pushing on the virus.

Seems that’s more concerning than that some folks might decide that for a variety of reasons they might not take the vaccine.

Then we could also point out how Kamala Harris and some of the other Democrats during the campaign talked down a possible vaccine and said they wouldn’t be trust a vaccine under President Donald Trump. So was Kamala Harris being unpatriotic here, Joe?
H

Then he's bashing minorities because they are the ones not getting it. And its not because they can't get appointments.

PREMO Member
He's supposed to give his first speech today.

RoseRed said:
He's supposed to give his first speech today.

You mean he cleared his uber busy schedule for little old us?

jazz lady said:
You mean he cleared his uber busy schedule for little old us?

Or it'll be a deep fake. And no questions.

RoseRed said:
Or it'll be a deep fake. And no questions.
Click to expand...

That is a given. Sleepy Joe is not going to answer anything. And that's a big if he is even capable to string several sentences together cohesively to give a speech.

I may watch. Only out of morbid curiosity.

herb749 said:
Then he's bashing minorities because they are the ones not getting it. And its not because they can't get appointments.
Click to expand...

Well that means ol' Joe is still racist AF then.

*Hey, their rules, not mine.

Or reporters will only ask softball type questions that he knows about beforehand and can come up with his "on the spot" answers prior.
H

I've heard about his stuttering problem too many times now to know its an old age problem not his talking. And he doesn't stutter.


We'll have to wait to see the specifics of the proposal, but much of what is under consideration seems roughly in line with the tax policies the Biden campaign published last year. If enacted, those policies would raise federal revenue by about $2.1 trillion over 10 years, according to an analysis by the Tax Policy Center, a nonpartisan think tank. The organization says Biden's plans would reduce America's GDP by between 0.3 percent and 0.7 percent annually for the rest of the decade.

The corporate tax hike alone would reduce long-term economic growth by about 0.8 percent, kill 159,000 jobs, and reduce wages, according to a separate analysis by the Tax Foundation, a nonpartisan think tank. Raising the federal corporate tax rate to 28 percent would make the average state-federal tax burden for American businesses 32.34 percent—the highest rate in the developed world.

"Workers across the income scale would bear much of the tax increase," write the Tax Foundation's Garrett Watson and William McBride. "For example, the bottom 20 percent of earners would on average see a 1.45 percent drop in after-tax income in the long run."

Politically, moving the corporate income tax rate to 28 percent would be a symbolic win for Democrats. That's what the federal government charged American businesses before Republicans pushed through a package of tax cuts in 2017 aimed at increasing U.S. competitiveness with other large economies. Undoing those tax cuts for corporations and high-earning individuals has become a top priority for congressional Democrats.

PREMO Member
WATCH: Illegal Immigrant Came To US ‘Basically’ Because Biden Was Elected, ‘Definitely Wouldn’t Do This’ Under Trump


Raddatz asked: “Would you have tried to do this when Donald Trump was president?”

“Definitely not. Definitely. We have a chance, you know. The same environment that’s been going on today wasn’t there last year,” the man responded.

“We used to watch the news and I definitely wouldn’t do this.”

Raddatz followed up: “So did you come here because Joe Biden was elected president?”