BOOK: The Blue Angels: The US Navy's Flight Demonstration Team, 1946 to the Present

Staff member
Patron
This may interest some. 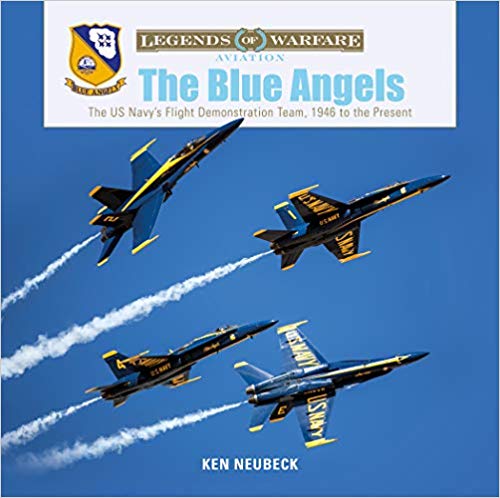 Since 1946, the world-famous US Navy Blue Angels flying-demonstration team has performed in airshows in the United States and around the world. This book details the origins of the team when created by the US Navy, as well as describing the different models of aircraft that the team has flown during its seventy-year history. The team's aircraft history goes from the propeller-driven F6F-5 Hellcat and F8F Bearcat, through the jet-powered F9F-8 Cougar, F11F-1 Tiger, F-4 Phantom, and A-4 Skyhawk, to the present-day F/A-18 Hornet, mirroring the development of US aircraft during this time. The book also presents graphic and photographic descriptions of some of the team's signature maneuvers that are performed during a Blue Angels airshow, in stunning imagery. Part of the Legends of Warfare series.

Author Ken Neubeck is a reliability engineer who worked on the A-10 production program from 1974 through 1987. He is the author of several aircraft books and amateur-radio books. He served as president of the Long Island Republic Airport Historical Society, which preserves the history of aircraft built at this location, such as the A-10, as well as being the location, for the Blue Angels during their Jones Beach Airshow activities.