PREMO Member
A report by NBC News on Tuesday confirmed that border crossers are testing positive for the coronavirus after being released by DHS officials into the U.S. interior:

Miriam Izaguirre, a 35-year-old asylum-seeker from Honduras, crossed the Rio Grande at dawn Monday with her young son and turned herself in to the authorities. [Emphasis added]
A few hours later she was released, and the first thing she did was take a rapid test for Covid-19 at the Brownsville bus station. They told her her test came out positive. [Emphasis added]
…
Several of the asylum-seekers who tested positive told Noticias Telemundo Investiga they were planning to leave Brownsville for their destinations; one of them bought a bus ticket for the journey. Eva Orellana, 29, who is from Honduras and who tested positive, said she was going to take the bus to North Carolina with her 3-year-old daughter. “On the way, we were wearing a mask all the time, gel, washing our hands,” she said. “Really, I don’t feel anything.” [Emphasis added]
Click to expand... 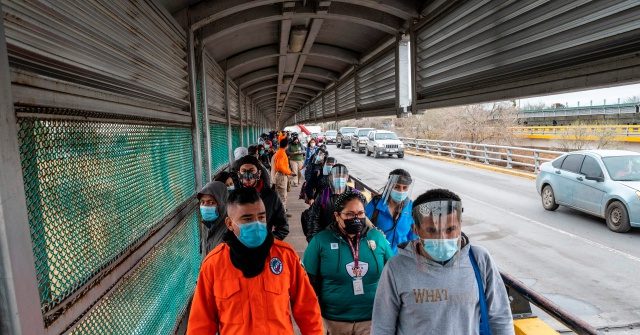 Border crossers released into the interior of the United States have tested positive for the Chinese coronavirus.