Brix in the Dock

PREMO Member
However, Jordan’s questions about the Biden administration’s message on COVID-19 vaccine effectiveness should shock the conscience. Jordan asked Birx if the government was lying or guessing when it told the public that people who received the vaccination couldn’t get COVID. Birx responded that she did not know. However, she continued (emphasis added):

“All I know is there was evidence from the global pandemic that natural reinfection was occurring. Since the vaccine was based on natural immunity, you cannot make the conclusion that the vaccine will do better than natural infection. Although it can often do slightly better.”
Click to expand...

It is unclear what vaccine produces better immunity to an illness than recovering from a natural infection, nor did Birx expand. Why didn’t she speak up about this while still in office? Public health “experts” like Dr. Anthony Fauci actively tried to convince Americans that natural immunity was inferior to the jabs. It is also unclear what large numbers of reinfections Birx was referring to, since most positive post-infection tests were reported in asymptomatic people. One study in preprint finds that the spike protein, the part of the virus the tests detect, can be in a recovered patient’s body for up to 12 months post-infection. How this could affect post-recovery testing in asymptomatic patients is unknown.

Jordan went on to challenge Birx about what the government knew and when. “You were part of this effort when you were in the previous administration. And you’re saying in this administration that you can’t rule out the fact that our government was lying to us when they told us the vaccinated could not get the virus,” he charged.

Birx responded, “I don’t know about their discussions that they had in the task force. So I can’t tell you that.” Then, as she often did on the Trump task force, she traded on her personal situation. “I can tell you as a family member who had individuals that were susceptible, of course, we got everybody vaccinated. But we still used layered protection during surges.”

So, why was Dr. Birx vaccinated and masked? She continued, “Because I knew potentially vaccine immunity would wane like natural immunity waned. There was evidence that every four months, reinfection was occurring in South Africa.” Huh. That seems like it should have been part of informed consent before Americans decided to take an experimental vaccine or give it to their children. Four months of coverage for that amount of unknown seems like a risk-benefit ratio Americans should have been able to calculate for themselves.

Jordan continued, “When the government told us that the vaccinated couldn’t transmit it, was that a lie or is it a guess? Or is it the same answer?” Remember when the anchors on CNN and members of the administration told you to “trust the science”? Can you recall all the accomplished clinicians and researchers who have been silenced and unpersoned? If so, Birx’s response may infuriate you. “I think it was hope that the vaccine would work in that way,” she said. 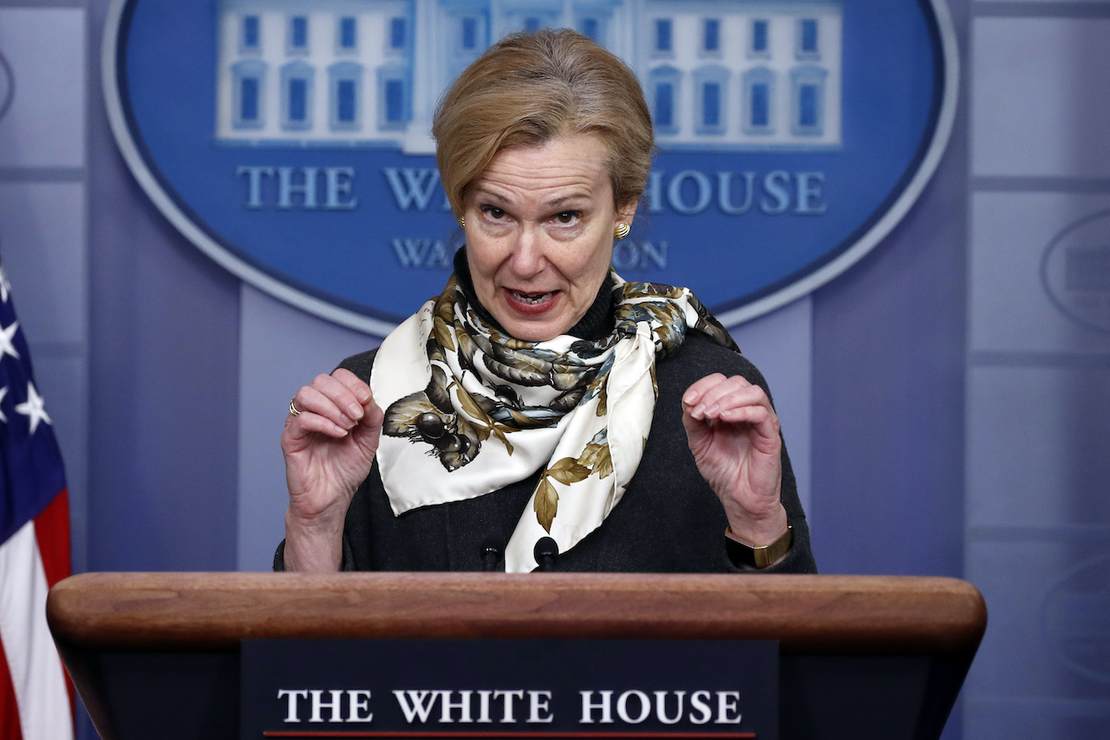 Astonishing Congressional hearing testimony from Dr. Birx will infuriate you if you or someone you love was compelled to receive an experimental vaccine.

When the Democrats incredulously decided to appropriate the entire vaccination issue, along with either claiming full credit or even implying that they did it for America and the world - they unwittingly took on all of the accompanying critique. And that is, unlike measles or rubella or polio or whooping cough - etc. - this vaccination wasn't going to last very long. Heck, unlike shots like tetanus, which require boosters around 10 years, this one's effectiveness attenuates over MONTHS - and can STILL permit the vaccinated to spread the virus.

Frankly I am very surprised that the Dems have NOT used as a political tactic, to accuse Trump of handing them a false solution. I kind of think they CAN'T, because they've wasted so very much political treasure on insisting upon the vaccination's importance and necessity. You really can't go around squawking "hey Trump, you sold us a bill of goods!" because they've invested too much already, and even trying suggests that they've all suffered from utter stupidity because they were "duped" into trusting it.

But it DOES very strongly say to me what I have been saying for two years - we need very much to focus our attention to TREATING THE SICK rather than PREVENTING THE SICKNESS. Because it's becoming increasingly clear that you really can't stop the virus. AND - it's probably here to stay. Like, forever, like the flu or cold.

They routinely believe the public forgets things they said just moments before.

Kyle said:
don’t underestimate Democrats potential to ignore their own history and try that

They routinely believe the public forgets things they said just moments before.
Click to expand...

I bring up my past in a cult as a reference. There really weren't MANY like this but - there were certainly people who believed - because their leaders told them - the Bible said this or that undeniably and for all time and argued vociferously on it - only to either do an about face or go to some large difference in the interpretation later on -

Because their leader SAID SO. And their reasoning was that their leaders spoke for God.
But - "I am the LORD your God - I do not change". What happened?
"Oh they came to a BETTER understanding".
"So - they were WRONG before?"
GASP! "I'm going to tell them you said that".

I NEVER understood how anyone could live like that. Fortunately, almost everyone I knew in that cult were reasonable, although some of them easily excused obvious foibles. The most common joke then was, if you didn't like working, you should try the ministry (in THAT church - every one I've been in since then, the minister works incessantly, and the job never ends at 5pm).
You must log in or register to reply here.
Share:
Facebook Twitter Reddit Pinterest Tumblr WhatsApp Email Share Link
Top