Rice, Murtha & Psoras Trial Lawyers
With over 120 years of experience, their team of lawyers and experienced legal support professionals work to help you in a time of legal need.
During the week of November 21 – November 27, 2022, Calvert County Sheriff’s Office Deputies responded to 1,417 calls for service throughout the community.

On November 26, 2022, Deputy Lee responded to the 3500 block of Ponds Wood Road in Huntingtown, for the report of a burglary. Investigation revealed sometime between 3:30 p.m. and 8:19 p.m., an unknown suspect (s) entered the residence through a rear sliding glass door and stole several pieces of jewelry from the master bedroom including a 20-karat gold bangle with a scallop design valued at $700.00, and a gold necklace with a pendant bearing 3 diamonds valued at $400.00. The suspect (s) fled the home in an unknown direction. The total value of the stolen property is unknown at this time.

On November 24, 2022, Deputy Dymond responded to the 1700 block of Orwell Court in Prince Frederick, for the report of damaged property. The complainant advised sometime between 10:30 a.m. on Nov. 23 and 10 a.m. on Nov. 24, unknown suspect (s) shot the victim’s front passenger window out with a BB gun. The estimated value of the damaged property is $300.00.

On November 21, 2022, Deputy Ashley responded to the 6200 block of Parker’s Wharf Road in St. Leonard, for the report of a burglary that had already occurred. The complainant advised sometime between Nov. 6 and Nov. 13, the victim’s garage was burglarized and a Ravin Crossbow ($1800), 6 Ravin Crossbow arrows ($100), and a pack containing 3 Rage Crossbow broad heads ($40) were stolen from a truck inside the garage of the residence. The total value of the stolen items was $1940.00.

On November 22, 2022, Deputy Shoemaker responded to the 100 block of Hospital Road in Prince Frederick, for the report of a theft. The complainant advised an unknown suspect (s) stole the victim’s purse containing approximately $50 worth of gift cards, $50 US currency, 5 credit cards, and one bank card. The estimated value of the stolen property is unknown at this time.

On November 23, 2022, M/DFC Aurich responded to the 9200 block of Baker Street in Owings for the report of a theft. The complainant advised sometime between 9 p.m. on Nov. 22 and 2 p.m. on Nov. 23, an unknown suspect (s) stole the front registration plate from the victim’s vehicle. The estimated value of the stolen property is $50.00. 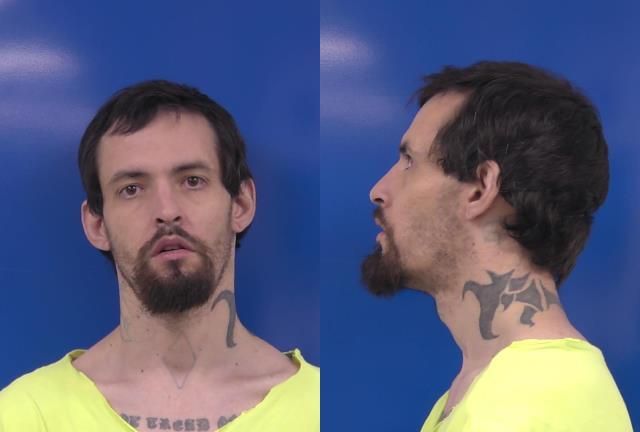 On November 25, 2022, Deputy J. Smith received a report of a theft at the Giant located at 11740 Rousby Hall Road in Lusby. Investigation revealed store employees observed a subject wearing a blue hooded jacket, jeans, and a backpack fill a shopping cart with paper towels, paper plates, and other assorted items and flee the store. Deputy Smith made contact with a suspect matching the description identified as Ted William Taylor, Jr., 33 of Prince Frederick. A search of Taylor’s person incident to arrest revealed a glass pipe with suspected crack cocaine residue. Taylor was transported to the Calvert County Detention Center where he was charged with Theft: $100 to Under $1500, CDS: Possession- Not Cannabis, and CDS: Possession of Paraphernalia.

On November 21, 2022, Deputy Hendrickson initiated a traffic stop in the 12000 block of Rousby Hall Road in Lusby, for a traffic violation. A probable cause search of the vehicle revealed 2 ½ Xanax bars, a syringe containing heroin residue, and 2 bags containing crack cocaine. The driver, Chelsea Lee Hoofnagle, 36 of Lusby, was placed into custody and transported to the Calvert County Detention Center (CCDC). A search of Hoofnagle’s person upon entering the CCDC revealed a second syringe and two additional bags containing a heroin-fentanyl mix. Hoofnagle was arrested and charged with CDS: Possession- Not Cannabis, CDS: Possession of Paraphernalia and Possession of Contraband in a Place of Confinement. 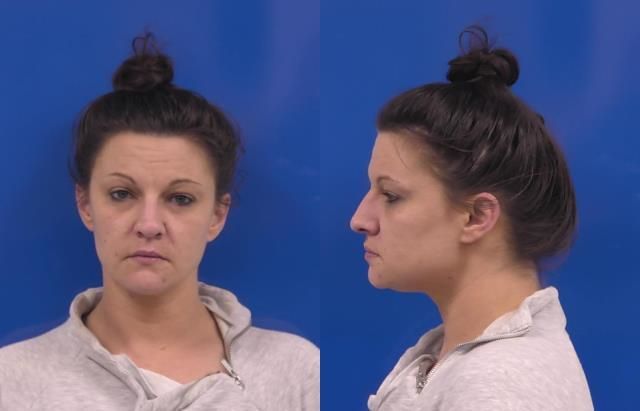 On November 24, 2022, DFC Anderson conducted a traffic stop on a vehicle SB Rt. 4 in the area of the Thomas Johnson Bridge in Solomons, for an equipment violation. Upon making contact with the occupants, a strong odor of marijuana was emitting from the vehicle. Investigation revealed the passenger, Caitlin Ann Mossbarger, 33 of no fixed address, was wanted on two open warrants. A search of Mossbarger’s person incident to arrest revealed a broken glass pipe containing suspected crack cocaine residue. Mossbarger was placed into custody and transported to the Calvert County Detention Center where she was charged with CDS: Possession- Not Cannabis and CDS: Possession of Paraphernalia. 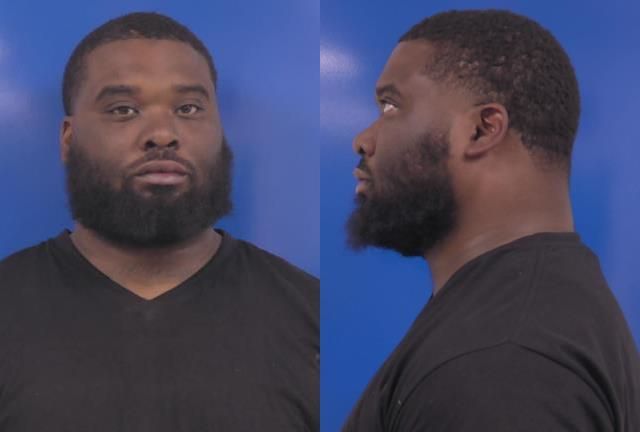 On November 21, 2022, DFC Wilder initiated a traffic stop with lights and sirens activated on a vehicle SB Rt. 4 in the area of the Calvert Cliffs State Park in Lusby, for an equipment violation. As Deputy Wilder approached the vehicle to make contact with driver, the driver quickly accelerated and drove away. Deputy Wilder began a pursuit of the suspect’s vehicle. The suspect vehicle continued north on Rt. 4 traveling at speeds in excess of 100 mph. The driver was observed passing vehicles on the shoulder nearly striking MDOT crews and cones. Upon approach to the intersection at Calvert Beach Road, the driver identified as Rezonne Rylander Duncan, 32 of Capitol Heights, began to slow down as if he was preparing to stop, but quickly accelerated and the erratic driving continued. As Duncan approached the median to Calvert Beach Road, he ended up on the grassy shoulder striking the guardrail causing the vehicle to come to a rest. Duncan was apprehended and transported to the Calvert County Detention Center where he was charged with Reckless Driving, Fleeing and Eluding, and other traffic-related charges.
Click to expand...