Rice, Murtha & Psoras Trial Lawyers
With over 120 years of experience, their team of lawyers and experienced legal support professionals work to help you in a time of legal need.
During the week of July 18, 2022 – July 24, 2022, deputies of the Calvert County Sheriff’s Office responded to 1,463 calls for service throughout the community.

On Thursday, July 14, 2022, at approximately 2:15 p.m., deputies from the Calvert County Sheriff's Office Patrol Bureau responded to the Walgreens pharmacy located at 355 Market Square Drive in Prince Frederick, MD, for the report of a robbery in progress.

Two suspects were apprehended on scene and a third subject of interest was apprehended during a traffic stop northbound Rt. 4 in the area of the Norfolk Dr. in Owings, MD.

Detectives from the Criminal Investigation Bureau have assumed the investigation. Anyone with information about this incident or subjects involved is asked to contact Det. Ted Yates at Edward.Yates@calvertcountymd.gov.

On July 21, 2022, Deputy R. Jones responded to the 5100 block of Rosemary Drive in Chesapeake Beach, MD, for the report of property destruction. The complainant advised sometime between July 19th and July 20th, an unknown suspect (s) damaged the passenger side window of a vehicle parked outside the residence. The estimated value of damaged property is $300.00.

On July 18, 2022, Deputy Shoemaker responded to 30 Duke St. in Prince Frederick, MD, for the report of property destruction. The complainant advised sometime between 3 p.m. on July 17th and 10 a.m. on July 18th, an unknown suspect (s) damaged the victim’s vehicle’s passenger side window while parked overnight. The window of the vehicle had been shattered by a large rock and a check from inside the vehicle was stolen. The estimated value of damaged property is $500.00.

On July 18, 2022, Deputy Newton received a report of a theft. The complainant advised sometime between June 3rd and July 13th, an unknown suspect (s) stole a 36mm Rose Gold Rolex with diamond studs from a residence in the 300 block of Cambridge Place in Prince Frederick, MD. The estimated value of stolen property is $13,000.00.

On July 21, 2022, Deputy Morrison responded to the 3000 block of Drury Lane in Dunkirk, MD, for the report of a theft. The complainant advised a permanent (non-expiring) handicap placard had been stolen from her vehicle sometime between June 21st and July 21st. The estimated value of stolen property is $10.

On July 22, 2022, DFC Burgraff responded to the 13500 block of Osprey Lane in Solomons, MD, for the report of a theft. The complainant advised a wheelbarrow and two plastic storage bins had been stolen from the victim’s front yard. The estimated value of stolen property is $120.

On July 20, 2022, DFC Anderson responded to the parking lot of the Solomon's Urgent Care located at 14090 HG Trueman Road in Solomons, MD, for the report of an auto accident. Preliminary investigation revealed traffic was stopped on the Thomas Johnson Bridge and the at-fault driver, Jacqueline Darlene Gardiner, 44 of Crownsville, MD, ran into another vehicle causing a chain reaction crash. A wanted check was conducted and it was revealed Gardiner was operating a stolen vehicle and was wanted through Anne Arundel County for failure to return a rental car. Gardiner was taken into custody and transported to the Calvert County Detention Center where she was charged with Unlawful Taking of a Motor Vehicle and Theft of $1,500 to under $25,000. 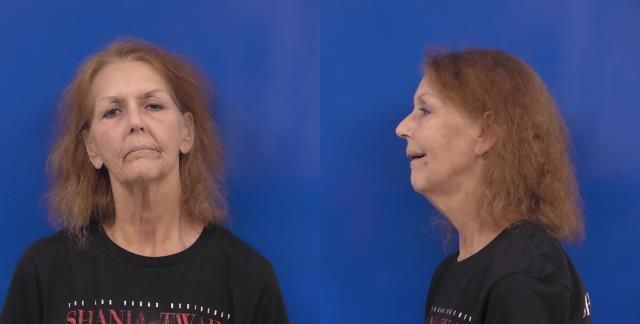 On July 20, 2022, Deputy R. Jones responded to the area of Solomons Island Road and Calverton School Road in Huntingtown, MD, for the report of a traffic complaint. Witnesses observed the suspect vehicle traveling the wrong way in a traffic circle and driving up on a curb. Deputy Jones observed the vehicle traveling on the shoulder at a slow speed with its flashers on. Contact was made with the driver, Lisa Gale Richards, 61 of La Plata, MD, and it was determined the vehicle’s registration was expired and Richards was impaired. A vehicle search incident to her arrest revealed seven cut straws containing a white residue, three Oxycodone pills, and a pill crusher. Richard was transported to the Calvert County Detention Center where she was charged with CDS: Possession – Not Marijuana, CDS: Possession of Paraphernalia, and other traffic-related charges.
Click to expand...