On September 5, 2022, DFC Anderson responded to the 600 block of Carlsbad Court for the report of a burglary. Investigation revealed an unknown suspect (s) forced entry into the residence after throwing a large rock through the basement window. The suspect (s) stole five beers from a mini-fridge, fireworks, and stickers for the Chesapeake Ranch Estates HOA tags. The estimated value of the damaged property is $800. The value of the stolen property was $40.

On September 7, 2022, Deputy Lee responded to the 2600 block of Apple Way in Dunkirk, for the report of property destruction and a possible burglary. Investigation revealed an unknown suspect caused damage to the victim’s sliding glass door. The double pane sliding glass door had been shattered and the door was discovered slightly ajar. The estimated value of the damaged property is $2,000.

On September 11, 2022, Deputy Dailey responded to two separate residences in the 6000 block of Gordon Drive in Sunderland, for the report of damaged property. The complainants advised sometime between 9:30 p.m. on Sept. 10 and 10 a.m. on Sept. 11, an unknown suspect(s) shot both of the victim’s vehicles with a suspected BB or pellet gun. The estimated value of the damaged property is $1,000 per vehicle.

The Calvert County Sheriff’s Office has received several reports of checks being stolen and altered after they have been placed in the mail. The Criminal Investigations Bureau (CIB) is investigating these crimes in conjunction with the United States Postal Inspection Service. Please consider alternative means of money transfer as this crime trend remains active.

On September 8, 2022, Deputy Tavares responded to Walmart located at 150 N Solomons Island Road in Prince Frederick, for the report of a theft. The complainant advised a male suspect entered the store inquiring about two iPad Air 5s and two iPad cases. An employee retrieved the items and the suspect grabbed the iPads from the employee and fled the store. The suspect is described as a black male wearing a black hoodie, white face mask, ripped blue jean shorts, white socks, and black shoes. The total value of stolen items was $1,149.76.

On September 10, 2022, Deputy McCourt received a report of a theft. The complainant advised a handicap placard was stolen from his unlocked vehicle while parked outside the Walmart located at 150 Solomons Island Road in Prince Frederick. The estimated value of the stolen property is $50.

On September 11, 2022, Deputy Dymond responded to the Safeway located at 80 West Dares Beach Road in Prince Frederick, for a reported theft. The complainant advised a male suspect exited the store with approximately $60 in stolen merchandise and fled the area in a silver four-door Chevrolet with Maryland tags. The suspect is described as a white male with a full beard, approximately 30 years of age, wearing glasses, a black baseball cap, and a black t-shirt. 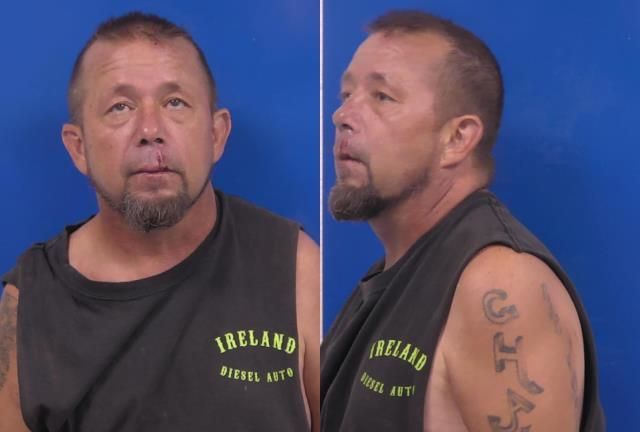 On September 7, 2022, Deputy Strong responded to the Walmart located at 150 N. Solomons Island Road in Prince Frederick, for the report of an intoxicated subject. Deputies arrived on scene and discovered Dennis Marvin Erich Jr., 53 of Prince Frederick, bleeding from his upper lip. Deputy Strong encountered Erich earlier in the day as he was passed out in the grass on the side of Rt. 4 from intoxication. Erich was evaluated on scene and cleared medically. Investigation revealed Erich had been indefinitely trespassed from the property. Erich was placed under arrest and transported to the Calvert County Detention Center where he was charged with Trespassing: Private Property. 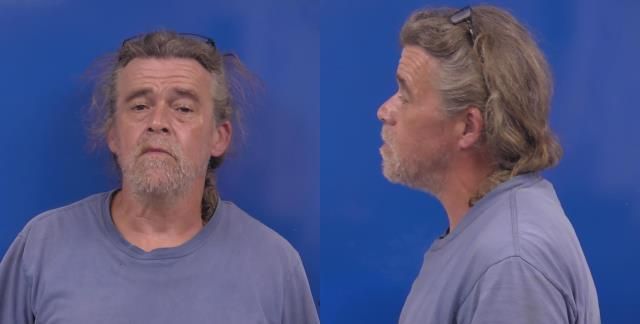 On September 7, 2022, Deputy Hendrickson initiated a traffic stop in the area of Little Cove Point Road and Foxview Lane in Lusby, for a traffic violation and expired registration. Sgt Moran and his K9 partner arrived on scene and conducted a K9 sniff of the vehicle which yielded a positive alert. A probable cause search of the vehicle revealed a Ziplock bag containing suspected Fentanyl, a burnt spoon covered with a white powdery substance (suspected cocaine), a white rock substance (suspected crack cocaine), a burnt crackpipe, and a white paper fold containing a suspected crack rock. The driver, Robert Walter Smith, 55 of Bowie, was transported to the Calvert County Detention Center where he was charged with four counts of CDS: Possession-Not Cannabis.
Click to expand...