PREMO Member
Digital copies of the Constitution and the Declaration of Independence, most notably, now feature a “Harmful Language Alert,” which appears at the top of the page, and directs users to a National Archives and Records Administration (NARA) statement on “potentially harmful content.”

The NARA does not specify why the Constitution, Declaration, or Bill of Rights received the warning, but the NARA statement indicates that documents and historical materials are marked as having “harmful language” when they:

Trigger warnings are listed as just one of a number of solutions to the problem of providing historical documents to an increasingly “diverse community,” the NARA notes, and are part of an “institutional commitment” to “diversity, equity, and inclusion.” 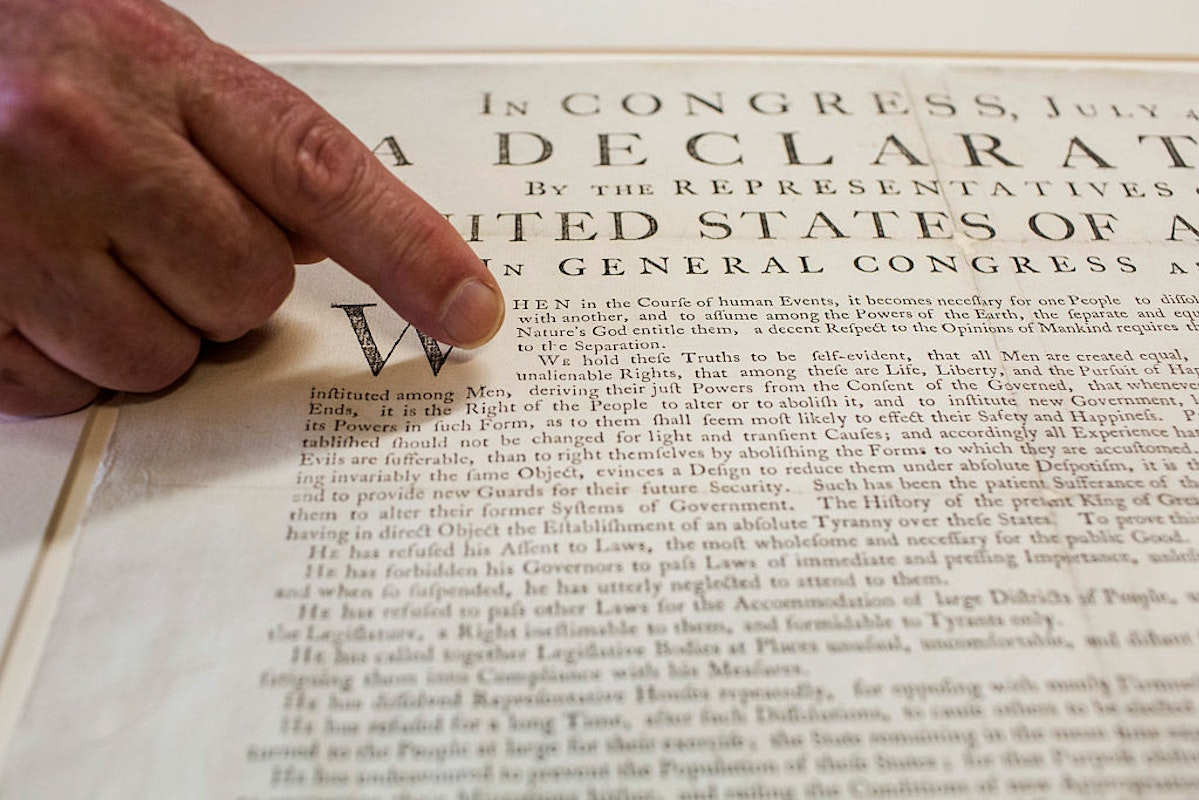 In a 105-page report issued by the task force in April 2021, the National Archives suggested it, like the United States, is full of “structural racism,” including “a Rotunda in our flagship building that lauds wealthy White men in the nation’s founding while marginalizing BIPOC [black, indigenous, people of color], women, and other communities.” Since the report’s release in April, Archivist of the United States David Ferriero has “accepted the recommendations in full.”

The report further stated other examples of structural racism at the Archives are “legacy descriptions that use racial slurs and harmful language to describe BIPOC communities.” According to the task force, the Archives must revise these descriptions as part of a long-term program to transform its exhibits, archival information and descriptions, and policies.

Alongside obviously offensive language, the report included many harmless or historically accurate “slurs” to be purged or “recontextualized,” such as “crippled,” “elderly,” “handicapped,” “slave,” and “Eskimo.” Following the recommendations of the report, descriptions will be altered to remove not only overtly racist language but also “information that implies and reinforces damaging stereotypes of BIPOC individuals and communities while valorizing and protecting White people.”

The Archives further says its website and catalog must be changed because their descriptions “over-describe the records and achievements of White men by using more extensive, superlative, and subjective language.”
H

Our Constitution, and the Bill of Rights historically the greatest words ever put to print other than the Bible being chastised and negated by ignorant people who will use power to totally destroy the freedoms they give us , if they can come to power.