A Butler County judge has ordered a hospital to treat a COVID-19 patient with the anti-parasite drug Ivermectin, a drug known to be used to treat or prevent parasites in animals, despite the CDC warning against it.

Judge Gregory Howard issued the order last week after a complaint was made by a woman named Julie Smith, on behalf of her 51-year-old husband, Jeffrey Smith, who has been in the ICU at West Chester Hospital battling COVID-19.

In the complaint, Julie stated that her husband had been on a ventilator for 19 days after attempts to use treatments like Remdesivir, plasma and steroids.


Now that there is a push for Covid Treatments, the State Run Media has taken to polticizing and disparaging Ivermectin as an Animal Treatment

Ivermectin, a US Food and Drug Administration-approved anti-parasitic agent, was found to inhibit severe acute respiratory syndrome coronavirus 2 (SARS-CoV-2) replication in vitro. A randomized, double-blind, placebo-controlled trial was conducted to determine the rapidity of viral clearance and safety of ivermectin among adult SARS-CoV-2 patients. The trial included 72 hospitalized patients in Dhaka, Bangladesh, who were assigned to one of three groups: oral ivermectin alone (12 mg once daily for 5 days), oral ivermectin in combination with doxycycline (12 mg ivermectin single dose and 200 mg doxycycline on day 1, followed by 100 mg every 12 h for the next 4 days), and a placebo control group. Clinical symptoms of fever, cough, and sore throat were comparable among the three groups. Virological clearance was earlier in the 5-day ivermectin treatment arm when compared to the placebo group (9.7 days vs 12.7 days; p = 0.02), but this was not the case for the ivermectin + doxycycline arm (11.5 days; p = 0.27). There were no severe adverse drug events recorded in the study. A 5-day course of ivermectin was found to be safe and effective in treating adult patients with mild COVID-19. Larger trials will be needed to confirm these preliminary findings.
Keywords: Bangladesh; COVID-19; Doxycycline; Ivermectin; SARS-CoV-2.


Use of Ivermectin Is Associated With Lower Mortality in Hospitalized Patients With Coronavirus Disease 2019: The Ivermectin in COVID Nineteen Study

The Cincinnati Enquirer first reported on the remarks Paul made at a town hall event for 60 people held at the Cold Spring City Council chambers on August 27.

"The hatred for Trump deranged these people so much that they're unwilling to objectively study it," Paul said, The Cincinnati Enquirer reported. "So someone like me that's in the middle on it, I can't tell you because they will not study ivermectin. They will not study hydroxychloroquine without the taint of their hatred for Donald Trump."

Tech said:
In SMC it appears that at least a third of hospitalizations are breakthroughs.
Click to expand...

GURPS said:
I'm seeing news reports now about how the vaccine is less and less effective
Click to expand...

Beginning to not consider it a vaccine but a therapeutic, just helps to fight the infection, not prevent it.

Patron
Vaccines are typically one (or a series) and done. Shots (like the flu shot) are more often on a regular basis (ie, a tetanus shot).

What they have been offering is a shot, not a vaccine.
H

There have been so many lies and regulations and promises made about this virus that it appears that no one knows ATF they are talking about.

This virus was man made with so many unknown consequences, but it does go to show that some thing in nature should not be messed with.
Turning animals virus into a virus against human beings was a crazy idea thought up by Faucci, Financed by Faucci using American tax money and now he is the expert that tells us what to do. Tha bastage should be in prison.

"By including ivermectin in a large-scale trial like PRINCIPLE, we hope to generate robust evidence to determine how effective the treatment is against COVID-19, and whether there are benefits or harms associated with its use," co-lead investigator of the trial Chris Butler said.

People with severe liver conditions, who are on blood-thinning medication warfarin, or taking other treatments known to interact with ivermectin, will be excluded from the trial, the university added.

Ivermectin is the seventh treatment to be investigated in the trial, and is currently being evaluated alongs

PREMO Member
Are Facebook and Twitter going to shut down Oxfords feeds for indulging in researching something other than what Suckerburg and Jackoff approve?

Kyle said:
Are Facebook and Twitter going to shut down Oxfords feeds for indulging in researching something other than what Suckerburg and Jackoff approve?
Click to expand...

Sneakers said:
Whipping out my Magic 8-Ball....
Click to expand...

my-thyme said:
Vaccines are typically one (or a series) and done. Shots (like the flu shot) are more often on a regular basis (ie, a tetanus shot).

What they have been offering is a shot, not a vaccine.
Click to expand...

This is a bioweapon from China. I have no idea why everyone is so dense about this, it wasn’t ready, escaped the lab in 2020, China lied about its reach but closed their entire economy. They still have some of the strictest lockdowns.

ever heard of shingles? Herpes? Some viruses hide in our body and manifest themselves in devastating ways years or decades later. Wouldn’t the Chinese engineer the virus to kill or disable us 5 years after infection?


The Covidstan Army has been furious with Rogan for not telling everyone to get vaccinated or disclosing his vaccination status. He said previously that he wasn’t sure young, healthy people who cared for themselves need to be vaccinated. Rogan has shared that his parents have received vaccines and he thinks the vaccines are safe and effective. In a clip where Rogan clarified his position, he said he recently scheduled an appointment to get the Johnson and Johnson shot. When he got redirected to another clinic, it caused a scheduling conflict. The hyenas in the corporate and left-wing media do not mention that.

In the video, Rogan says he “threw the kitchen sink” at the virus. He reports taking several medications, including prednisone, vitamin infusions, and Z-Pak. The internet got very mad because he took ivermectin.

Boy, did he. All they could do is criticize him for taking a “horse dewormer.” While this is one use for ivermectin, it is not what the Nobel Prize-winning drug is known for. There are also 50 years of studies demonstrating its potential as an anti-viral in humans and animals. Some might call it a miracle drug. Or at least be quiet until they know what they are talking about. How about emphasizing the treatment Rogan took that could save lives? He clearly says he received monoclonal antibodies.

Crabcake42 said:
This is a bioweapon from China.....

ever heard of shingles? Herpes? Some viruses hide in our body and manifest themselves in devastating ways years or decades later. Wouldn’t the Chinese engineer the virus to kill or disable us 5 years after infection?....
Click to expand...

Is herpes gone? Has shingles been eradicated by a vaccine? How about the flu? The common cold? Even AIDS is still around, and they supposedly worked hard at getting rid of that one.

I don't doubt that this common virus (Coronovirus has been around FOEVER) was manipulated in a lab, and accidentally released. We now know who is most susceptible to bad, even life threatening reactions. Take care of yourself, and those in your circle who are susceptible.

Leave the rest of us alone. 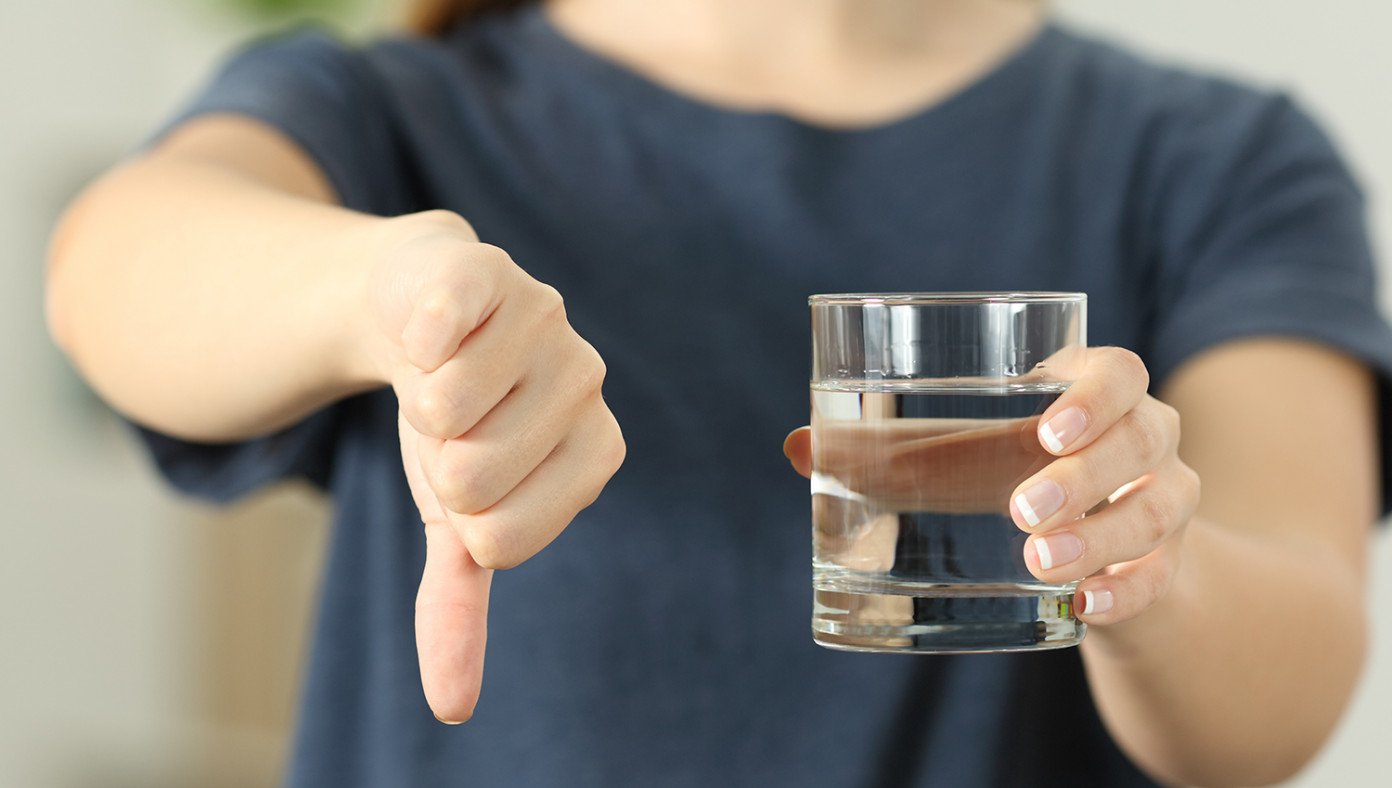 Democrats Refuse To Drink Water As It's Also Prescribed To Horses

DERBY, KY—Democratic leaders are moving swiftly to counter rapidly growing misinformation that has led countless right-wing nut jobs into ingesting something that has been prescribed for horses for millennia: water.

Crabcake42 said:
This is a bioweapon from China.
Click to expand...

I have no idea - but it ain't the first time a virus escaped from a lab in China.
SARS was almost certainly an escaped virus.

What makes COVID dangerous is its stealth and long incubation. As SCARY as other diseases are - like different kinds of hemorrhagic fever where someone dies quickly from blood loss from the nose, eyes and any orifice - those viruses can be contained because we can SEE who is likely a victim. Because COVID takes two weeks to manifest - they could conceivably infect MANY others before they even know they have it.

(This is why I think it's FAR too late to think about containing it. It's like staphylococcus aureus - which as much as a third of mankind is just walking around with it on their skin at all times. You CANNOT stop it.)

What DOES make it look weaponized - is the swift and brutal methods they took to contain it - and how MUCH effort they went to to spread infected persons throughout the world. That suggests - intentional.

PREMO Member
CDC endorsed use of ivermectin … for Afghan refugees!


Looking at 2019 CDC guidance, one has to wonder if one of the reasons why there is such a run on ivermectin is because our own government is using it. And no, not for horses, but for refugees. Yet these same government agencies are running a blood libel-style smear campaign against the drug and its users by misleading people into conflating it with a veterinarian version of the drug, leading many people to think it's some sort of poison for humans. In the process, they are leaving thousands of COVID patients without any other options for treatment.

It's not clear whether the hundreds of thousands of Afghan refugees will be forced to get vaccinated like American international travelers, but one thing is clear: They will likely get the ivermectin that most Americans can no longer access. It turns out that in 2019, the CDC issued guidance for refugees from Africa, Latin America, and the Middle East to be given ivermectin pre-emptively for potential infections.

The CDC advises the International Organization for Migration (IOM) physicians who screen the refugees for departure, and U.S. doctors who treat them upon arrival, to prescribe "all Middle Eastern, Asian, North African, Latin American, and Caribbean refugees" with ivermectin and albendazole.

"But that is for parasitic infection, not viral infection!" shouts the chorus of ignorant fools who have ignored the past 18 months of ivermectin saving countless lives. Putting this point aside for a moment, that is only a question about efficacy, not safety. Government agencies are slandering ivermectin as if it's not a safe drug and even convincing people that it's for animals. Do they consider refugees animals? The point is: People who are now getting COVID – both vaccinated and unvaccinated – are left without any options for outpatient treatment. Why would the government stand in the way of ivermectin treatment that it mass-distributes to refugees, even if the establishment bureaucrats personally believe it won't help for COVID?