Very thankful that the hair has filled in on her back where she had lost it and had lesions. It's a little thinner, but at least it is covered and no big scab to look at. She still has some skin issues, very dry and lots of dander, but overall, not too bad.

I had a scare with her last week. Thursday morning I woke up to her being very lethargic and having a hard time breathing. Got her in for an emergency appointment. Long story short, we believe she was having an allergic reaction to something which irritated the back of her throat and caused it to swell. Put her on medication for that and finally saw her acting more like herself 2 days ago. I'd say she's back to about 95% now.

As far as the Cushings, she is still having accidents in the house, but the skin, thirst, appetite, bloated belly are all much better. The Vet said that she is still at the low end of the dosage for a dog her size so we will up her dosage from 20mg of Trilostane a day to 30mg. This actually works out to be cheaper for me, so that's a good thing (The 30 qty 10mg box was $70 - they undercharged me for the first box - so I was spending $140 a month for 2 boxes. The 30 qty 30mg box is $86 a month).

PREMO Member
Was just taking a couple pics of Autumn 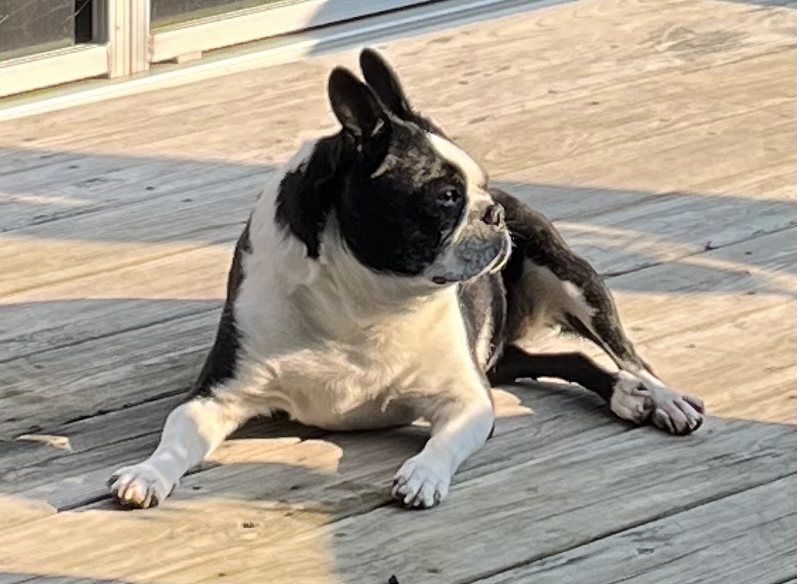 and am so thankful that her meds are working so well. She is still maintaining on her 30mg dose and doing awesome. I moved full-time into my RV in late May and was really concerned about her having accidents in here. She has not had any since moving in!
You must log in or register to reply here.
Share:
Facebook Twitter Reddit Pinterest Tumblr WhatsApp Email Share Link
Top