Movements such as The Great Reset, Build Back Better, and the ESG agenda were pieced together by WEF “stakeholders” at previous Davos confabs.

The Dossier has obtained an early, partial list of both events and confirmed speakers for Davos 2023.

The programme for Davos 2023 includes events such as:

“Why We Need Battery Passports”

“A Living Wage For All”

“Beyond The Rainbow: Advancing LGBTQ+ Rights”

“Finding The Right Balance For Crypto”

“Tackling Harm In The Digital Era”

Davos Man on defense: World Economic Forum lashes out at ‘disinformation campaigns’ against its tyrannical ideas​

Just weeks before its annual invite-only, closed-door gathering in Davos, the World Economic Forum has published an article claiming it is the victim of “disinformation campaigns.”

But not to worry, “the stereotype of the so-called 'Davos Man' is less relevant today as issues of social inclusion and environmentalism have taken precedence,” the author of the piece adds.

In linking to the supposed disinformation efforts waged by the WEF’s opponents, the World Economic Forum website links to a piece that was published in The Globe and Mail in August of this year.

But the WEF is sending the reader into an echo chamber, as that article was written by a man named Adrian Monck, who now serves as the WEF’s communications chief.

In the linked article, an unhinged Monck declares that “a Russian propaganda campaign” is responsible for people’s negative perception of the WEF.

“The intent was apparently to spread disinformation in a bid to stir far-right outrage about COVID-19 and perpetuate domestic extremism,” the WEF comms chief rants. “The means was often via bots that would push far-right conspiracy theories to communities on boards such as 4chan.”
https://dossier.substack.com/p/esg-...bstack&utm_campaign=post_embed&utm_medium=web
In calling for a mass censorship and surveillance regime, Monck continues:

“The consequences of unabated misinformation are dangerous. Misinformation concerning COVID-19 and vaccines cost lives during the pandemic. The revelations around the Jan. 6, 2021, Capitol Hill riot reveal how false information about elections can threaten the foundations of democracy.”

Over the past few months, the WEF has labeled any and all criticism of its advocacy — and accurate portrayals of its agenda— as disinformation, flooding its website with defensive posts about the Geneva-based entity.

To stay up to speed with all that is happening within the invite-only doors of the ruling class confab, the WEF recommends following along through a handful of social media sites. They include the U.S.-based narrative-compliant Facebook, LinkedIn, Instagram, and YouTube, along with the Chinese social media apps TikTok WeChat, and Weibo. Twitter, which has freed itself from the grasp of the WEF-endorsed censorship-compliant social apps, is no longer included.

Through its founder Klaus Schwab and partner organizations, the WEF has a very cozy relationship with the Chinese government. Davos recently revealed that their China office now has 40 full time staffers. Moreover, every year in Beijing, the WEF hosts its “Annual Meeting of the New Champions,” which facilitates partnerships between international businesses and the Chinese Community Party. In 2018, the CCP awarded Klaus Schwab with its China Reform Friendship Medal, a medal for non-Chinese people who do the CCP’s bidding overseas.

Davos 2023 will feature Shou Zi Chew, the CEO of TikTok, on stage. First reported by The Dossier, he will appear at an event titled “Tackling Harm in The Digital Era.”

In case you missed it, The Dossier has obtained an early, partial list of both events and confirmed speakers for Davos 2023. On the agenda for the 2023 conference includes event titles such as Why We Need Battery Passports, Leading The Charge Through Earth’s New Normal, A Living Wage For All, Enabling An Equitable Transition, and Beyond The Rainbow: Advancing LGBTQ+ Rights, among others.

Dems and rinos, bowing down to kiss the Chinese a**.

PREMO Member
Obviously, the WEF is an equal-opportunity employer. Sort of. I present this next item without comment, except what do you expect other than tall, blonde hostesses at a binge organized by a German wannabe-dictator?


Now don’t start. That’s an extremely diverse staff. It includes a whole 8-year age span, only one gender, true, but with a LOT of feelings, and lots of heights apart from short girls.

The meeting of dozens of heads of state and hundreds of government ministers has the theme "Cooperation in a Fragmented World," stressing working together as reduced economic development affects countries amid the coronavirus pandemic and war in Ukraine.

The delegation being sent by the U.S. government includes Cabinet members, senators, and House representatives, according to a release by the U.S. Embassy in Switzerland and Liechtenstein.

Typical. Politicians (Dems and RINOs) getting on their private jets to fly half way around the world to discuss climate change.
Next year we should require them to drive there in their EVs.
D

Apparently the climate isn't the only heat they are generating 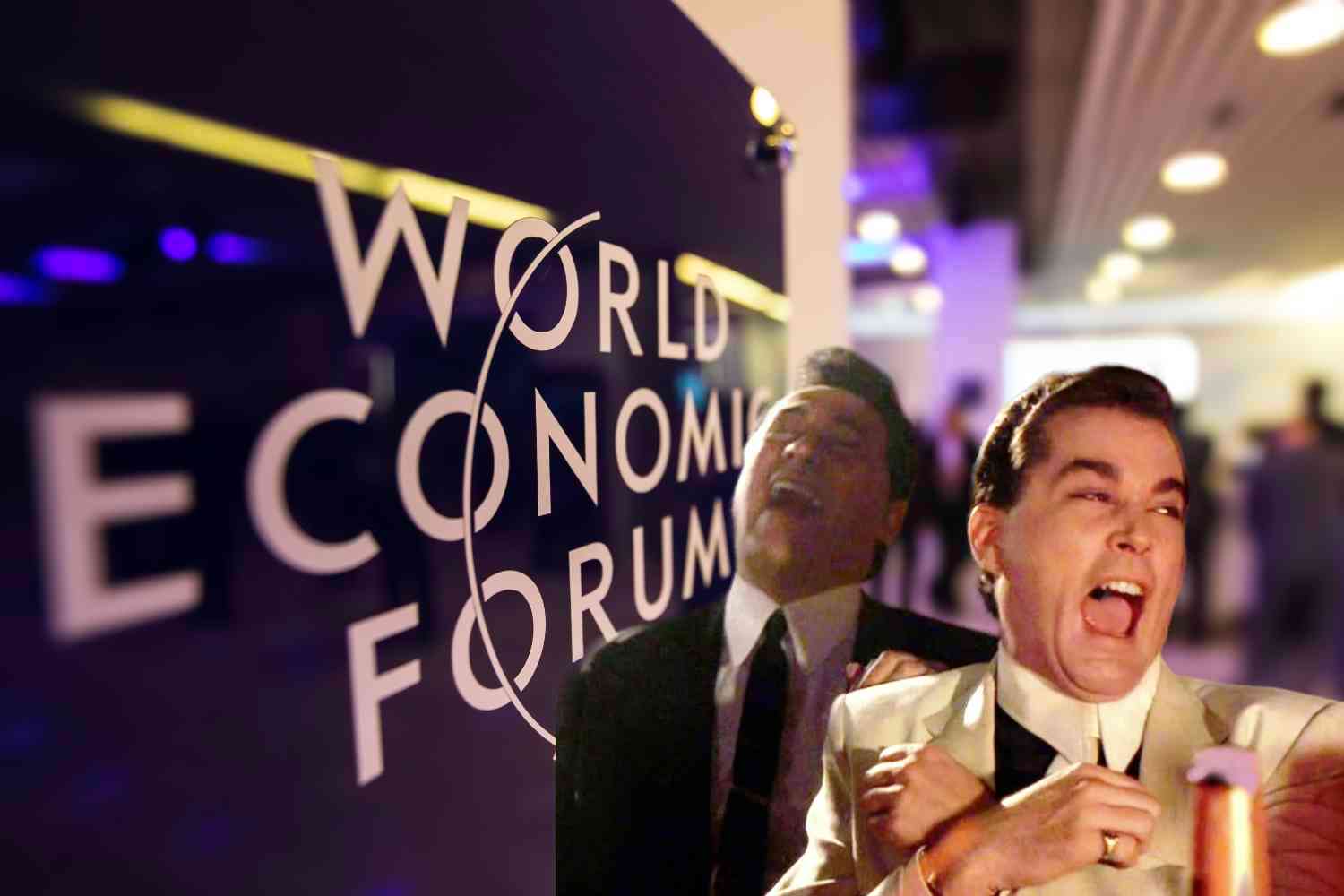 So it turns out that a bunch of high-end prostitutes are in Davos, Switzerland at the same time all the world leaders are gathering for the WEF meeting 🤔

DaSDGuy said:
Apparently the climate isn't the only heat they are generating

So it turns out that a bunch of high-end prostitutes are in Davos, Switzerland at the same time all the world leaders are gathering for the WEF meeting 🤔

The cream of the crop.

Hijinx said:
The cream of the crop.

Gonna be trouble if they didn't invite Billary

Ad Free Experience
Patron
Schwab, Soros and Gates will not be attending.

PREMO Member
“I do believe regardless of any discussion or doubts of the $100 billion that we have donated or given to the Ukrainians to defend themselves, we will at the end vote or at least my vote to secure to continue to with the Ukrainians until they win,” Salazar said at the World Economic Forum (WEF) in Davos, Switzerland.

During the WEF, Ukraine’s first lady, Olena Zelenska, told the world’s elite to do more to provide Ukraine with battlefield weapons to defeat Russia.

The Florida congresswoman admitted that some lawmakers have doubts about focusing so much energy on Ukraine while there are other issues to solve. To which, she said that she would love to strike a deal to grant amnesty to the nation’s 11 to 22 million Americans. 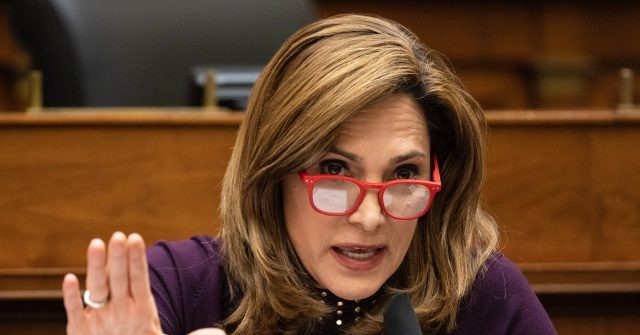 Maria Salazar said the United States will liberate "Europe" just like it did during World War II by continuing to fund Ukraine.

PREMO Member
Imagine anyone thinking that Stelter was an authority on anything, much less “threats to democracy.” What are the chances that he was talking about BLM/Antifa in those “threats,” the weaponization of the federal government against the people, or the media aligning itself with a political party to push their narrative? I’m guessing none of those topics came up in whatever nonsense he was pushing.

But this week, Stelter is involved elsewhere — at the World Economic Forum in Davos, Switzerland. Guess what he’s doing there? He’s on a WEF panel warning about, “The Clear and Present Danger of Disinformation.”

Stelter shows the troubling place they want to go.

With all of these rich people visiting, and all of the prostitutes going there for the business, I wonder what is the price of P***y in Davos.

Hijinx said:
With all of these rich people visiting, and all of the prostitutes going there for the business, I wonder what is the price of P***y in Davos.
Click to expand...

‘It Has A Big Impact’: Davos Speaker Calls For ‘A Billion’ People To ‘Stop Eating Meat’​

“If a billion people stop eating meat, I tell you, it has a big impact. Not only does it have a big impact on the current food system, but it will also inspire innovation of food systems,” Jim Hagemann Snabe, chairman of the Germany-based conglomerate Siemens AG, said during a panel called “Mobilizing for Climate.” The WEF’s conference in Davos, Switzerland, attended by many world leaders and top business executives, started Monday and runs through Friday.

A study by the Food and Agriculture Organization said that 14.5% of “greenhouse gas emissions” came from raising livestock. Two professors from Indiana University called for an increase in the use of insect protein for human and animal diets in an op-ed published by the WEF in February 2022.
H

Hagemann Snabe, left the meeting and went to a nearby restaurant and ordered a king sized Prime rib steak and a baked potato smothered with butter and bacon bits, for himself and the escort he hired.

“Europe is experiencing the warmest January days ever recorded and communities around the world are grappling with extreme weather events supercharged by the climate crisis,” Klara Maria Schenk, a campaigner for Greenpeace, said in a statement. “Meanwhile, the rich and powerful flock to Davos in ultra-polluting, socially inequitable private jets to discuss climate and inequality behind closed doors. Davos has a perfectly adequate railway station, still these people can’t even be bothered to take the train.”

Countries with the highest number of arrivals and departures out of Davos airports included neighboring countries such as Germany, France, and Italy, according to the analysis, which was conducted by Dutch environmental consulting firm CE Delft. The research concluded that private jet travel in Davos during last year’s World Economic Forum produced carbon emissions equivalent to those caused in one week by 350,000 cars. Private jet emissions linked to Davos quadrupled during the week of the meeting compared to weeks before and after the event.

“Given that 80% of the world’s population has never even flown, but suffers from the consequences of climate-damaging aviation emissions,” Schenk continued, “this annual private jet bonanza is a distasteful masterclass in hypocrisy. Private jets must be consigned to history if we are to have a green, just and safe future for all. It’s about time our political leaders start to lead by example instead of producing hot air in secret meetings with big business.”
You must log in or register to reply here.
Share:
Facebook Twitter Reddit Pinterest Tumblr WhatsApp Email Share Link
Top