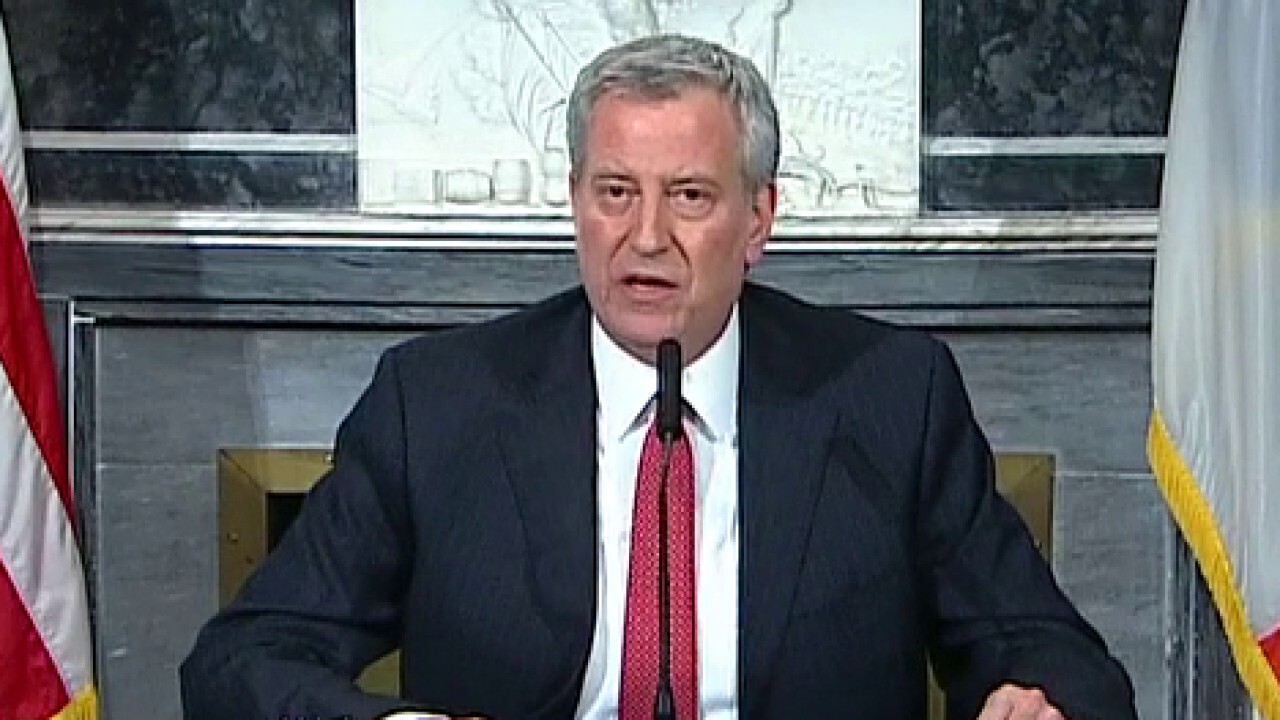 De Blasio: If Trump does not act on coronavirus outbreak, 'people will die'

New York City Mayor Bill de Blasio had a grim prognosis for his city during the coronavirus outbreak, and claimed Sunday that if President Trump does not do something soon, it will cost people their lives.

“The president of the United States is from New York City and he will not lift a finger to help his hometown,” he said. “I don’t get it.”

De Blasio said he asked for the military to be sent out and for Trump to use the Defense Production Act to be used to acquire ventilators for patients suffering from the illness.

“If the president doesn’t act, people will die who could have lived otherwise," de Blasio said.

This from the guy who hesitated to shut down NYC schools. It is funny that Cuomo and Trump can work together on this. It is also funny that deblabio thinks Trump should bail his douche ass out but he won't go to his own governor because he hates Cuomo more than Trump (and the feeling is mutual).
H

This is also the guy who closed all the gyms then someone takes a photo of him working out in a gym.

Trump said that he didn't use the Defense Production Act because the manufacturer have agreed to build ventilators on their own.
And WTH does De Blasio need with the military.
I mean I could understand Detroit and Baltimore needing it to stop the killing, but what can the military do about the virus.

PREMO Member
Of all the "major" players, DeBlasio has been the overwhelming underwhelmer. Even Cuomo is calling him out (if only indirectly). To think this guy thought himself presidential.

Not that I could do any better. My comment comes from the angle that this guy thinks far more of himself than his abilities seem to warrant.

I "Imagine" he would do better as the mayor of Hollywood (or whatever is the municipality where all the celebs live).

He ate Hogan’s lunch yesterday on Meet the Press.

Perhaps in your opinion.

And don't say stupid things to make me appear to stick up for that corrupt POS Hogan.

Hogan does not miss many lunches. Look at him. Di Blasio punked him yesterday though.

Salmon said:
Hogan does not miss many lunches. Look at him. Di Blasio punked him yesterday though.
Click to expand...

WTF have to do with the conversation ?

GURPS said:
WTF have to do with the conversion ?

Salmon said:
Hogan does not miss many lunches. Look at him. Di Blasio punked him yesterday though.
Click to expand...

Still as clueless as you ever were. No personal growth in your list of objectives, obviously.

PREMO Member
It pays to keep a couple MPDs in your back pocket if when all of your others get banned.

Wow. We must have been watching different movies.

Yooper said:
Wow. We must have been watching different movies.

It’s unlikely he actually watched, he just gets those off of daily beast and such.

Gilligan said:
Still as clueless as you ever were. No personal growth in your list of objectives, obviously.
Click to expand...

It's only Jed, his own ilk doesn't want him. He probably was always stupid even before the drugs, they ensured his future

Yooper said:
Wow. We must have been watching different movies.