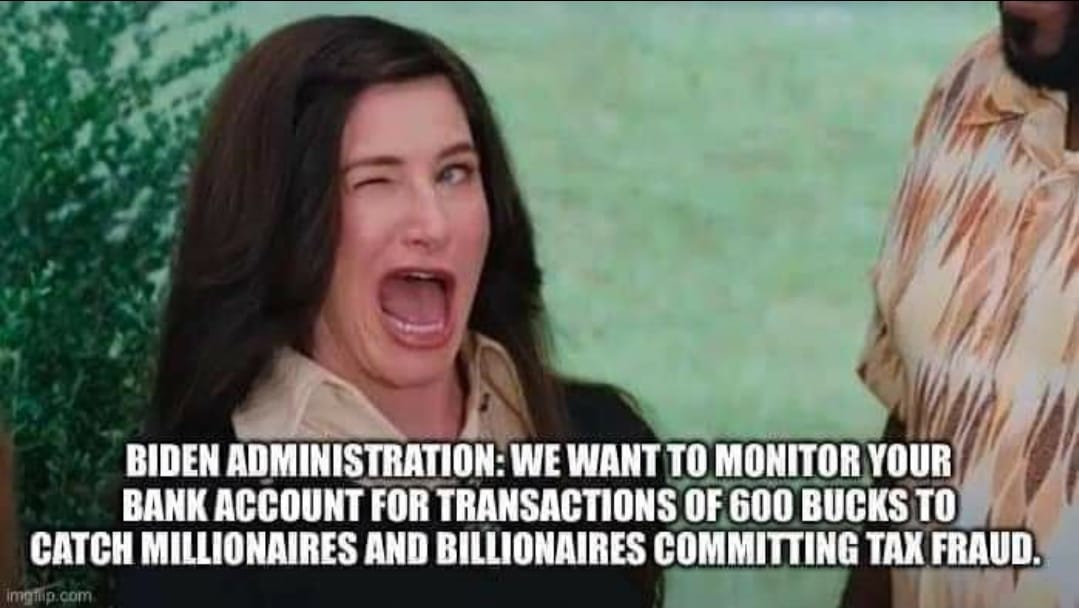 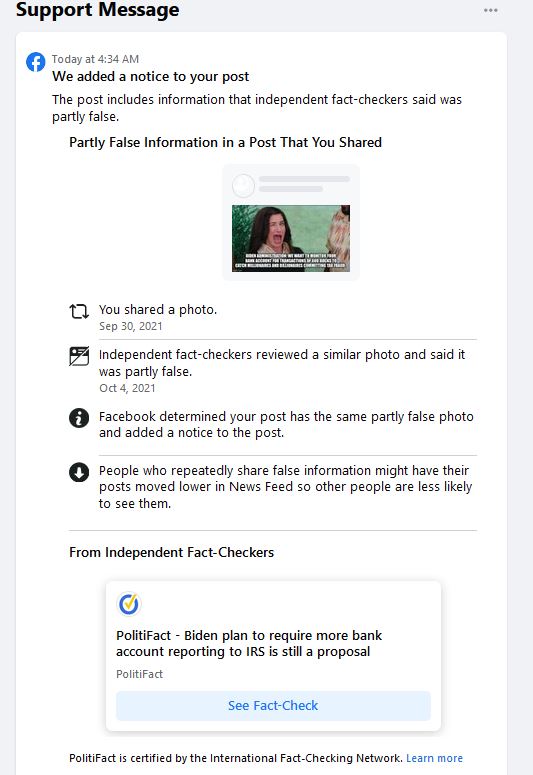 If a Biden administration proposal now being considered is adopted, financial institutions would be required to report m/> <meta name=

It literally says right in the explanation:

An Infowars headline widely shared on Instagram stated that "Biden’s Treasury Department declares IRS will monitor" all accounts over $600.

The Treasury has made no such declaration. The department has made a proposal that Congress is considering.

Under the proposal, financial institutions would be required to annually report the total inflows and outflows from bank, loan and investment accounts, if the total is at least $600 in a year, or if the account’s value is at least $600.

The headline contains an element of truth but ignores critical facts that would give a different impression. We rate it Mostly False.
Click to expand...

Their beef is that it's not the Treasury doing it, it's Congress. But in fact the Treasury sent Congress a proposal that says exactly what the meme says it says. So the meme is 100% true, even when you parse and niggle.

Not that I would anyway because I don't validate myself by what the FB meme patrol social misfits think. If that's what keeps them from killing their pets and children, I'll take one for the team.

PREMO Member
The false part is that they are doing it to catch millionaires and billionaires.