FTX's bankruptcy filings show the situation is much worse than anyone thought. From a million creditors to a stunning lack of oversight, here are the craziest details.​

Among the people looking on in sheer awe at the magnitude of the disaster was new FTX CEO John Ray III, who oversaw the liquidation of Enron in 2001. "Never in my career have I seen such a complete failure of corporate controls and such a complete absence of trustworthy financial information as occurred here."

From the guy who presided over the cleanup of the worst financial scandal of its time, that's saying something.

The swift collapse FTX sent shockwaves across the industry and may leave an untold number of creditors—up to one million—holding the bag, including countless customers who had funds on the exchange, many of them retail clients.

Losses for both investors in the company and its customers are expected to be well above ten billion dollars, and the fallout should be long-lasting even though former FTX CEO Sam Bankman-Fried continues to tweet about potential next steps forward.

Ad Free Experience
Patron
Another article about the uncertainty of crypto currency. 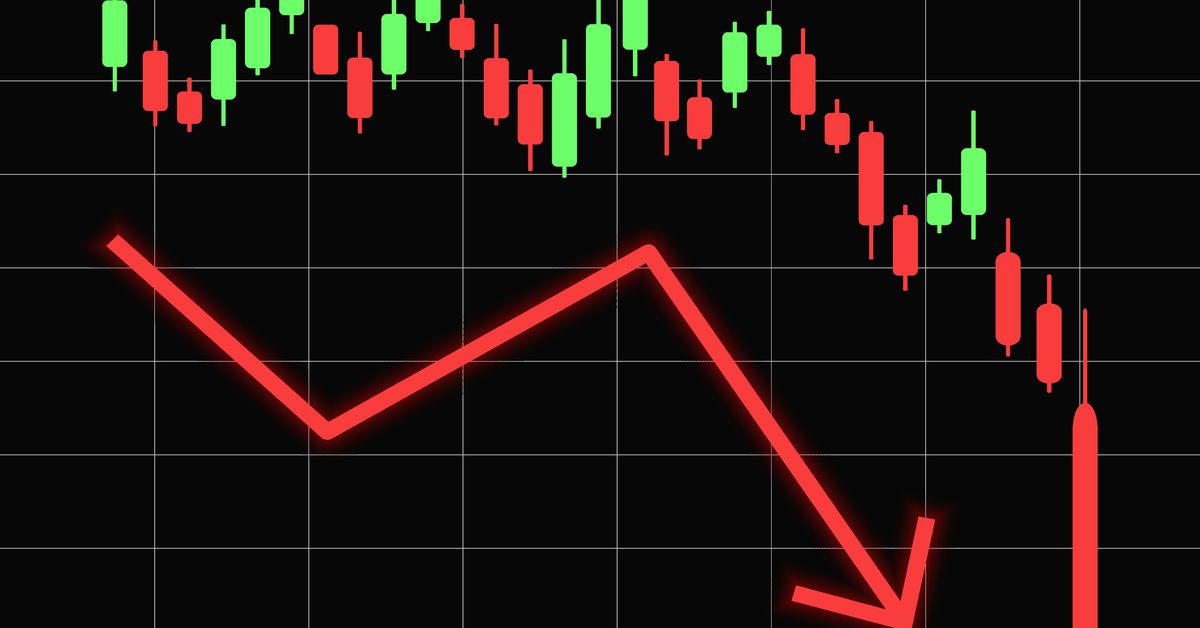 FTX is over. Is crypto, too?

Crypto is the cat with nine lives, but some wonder if FTX might be the last one.

What I'm waiting for is the argument that for those that question his actions and/or demand his imprisonment, will be considered anti-semetic. It's coming, ya know it is.

They’re going to wish we didn’t learn about “news grants.” But let’s start with how we found out. It was a decision made under pressure by The Intercept’s editor. He was looking at a lot of bad options.

Sometimes you have to get ahead of the bad news. Lefty news outlet The Intercept was forced to make an embarrassing admission this week — it had been accepting “grants” from one of FTX’s shady “philanthropic entities,” allegedly to support The Intercept’s mighty fine work on “biosafety and pandemic prevention.”

The Intercept admitted it was in line for a LOT of grants. They already got a half million a couple months ago, with another $3.5 million yet to come over the next two years.

Lefty news outlet ProPublica got even more than the Intercept. In an email to staff, ProPublica’s editor conveyed the tragic news that the unpaid portion of a $5M grant for reporting “on pandemic preparedness and biothreats,” was now probably kaputsky.

So far, it looks like FTX was lavishing multi-million-dollar grants on SCADS of leftist news magazines.

First of all, I’ll bet many of you were happily unaware that “news grants” were even a thing. Grants are completely different, and lots better, than bribes. OBVIOUSLY Sam Bankman-Fried couldn’t just write checks directly from FTX’s bank account to news companies.

That would be unseemly.

Pelosi body cam footage shows DOJ is lying; more funny SADS causes; big FTX roundup; we're starting to learn how the news gets made in this country and it's pretty ugly; and more.

That’s not the only conflict of interest. Sam’s brother Gabe used to work for Representative Sean Casten (D-Il.), who’s a current member of the House Financial Services Committee. And here’s Maxine Waters blowing SBF a kiss back in December of last year:

Pelosi body cam footage shows DOJ is lying; more funny SADS causes; big FTX roundup; we're starting to learn how the news gets made in this country and it's pretty ugly; and more.

PREMO Member
That was the article’s high point. The op-ed quickly ramped down to a lame ending, concluding “FTX failed because Mr. Bankman-Fried’s supporters lost confidence in him.” On one level, this is just inartful wishful thinking, showing the writer stretching to make a final comparison to Trump — i.e., maybe Trump’s supporters will lose confidence in him, too.

But at a deeper level, the op-ed’s silly conclusion illustrates how corporate media is still running cover for Bankman-Fried. FTX didn’t fail because investors lost confidence. Its bankruptcy filings show it had less than a million dollars’ assets, after it raised — and spent — almost ten BILLION bucks.

No, FTX failed because Sam Bankman-Fried is a politically-connected crook, and FTX was a fake front for a massive criminal conspiracy, protected by politicians and by corporate media. Corporate media like the Wall Street Journal.

The whole silly, throwaway op-ed is a strategic plate of narrative psyops. It ties SBF to Republicans (‘he’s like Trump’) instead of democrats, minimizes SBF’s criminal culpability (‘his investors lost confidence’), and plants the story in the world of politics and virtue signaling, instead of where it should be: news and media manipulation.

All of which makes me wonder: how many news grant dollars did the Wall Street Journal take from Sam’s fake nonprofits?

The ‘news grant’ technique is very sophisticated, like all good con jobs. They say the best cons are the most ridiculous ones, leaving the victim too embarrassed or ashamed to admit he got conned. Let’s suppose the WSJ got $10 million from an FTX partner, say, the “Happy Sunny Human Good Works Foundation.” All good so far.

But, now that the gravy train has crashed into a school bus filled with investors, if the Journal were ever to admit FTX was a fraud, they’d hypothetically have to admit the gift of $10 million was stolen investor money, and then they might have to give it all back.

In other words, telling the truth about FTX could cost a media company millions. Devilishly clever. And, because the money transfers are shamelessly dressed up as “grants,” the Journal couldn’t even claim they’d EARNED the money. They’d have no moral or ethical justification for keeping it.

Who knows, maybe there’s some kind of lesson here. Maybe, if you’re a news company, you shouldn’t take large unearned, unsolicited, and undisclosed gifts, because it could leave you in a tight spot later. Just say no! I realize it’s tempting, but money isn’t everything, and it’s how the Devil gets you.

UN Human Rights Commissioner stands up against human rights; Biden flip flops on support for killer; AP fires Russian-missile reporter; and the WSJ likes SBF to Trump, or vice-versa, or something.

In the normal English written language, the word, "fried" /frīd/, is a used as verb, denoting the past; and past participle of fry; or as an adjective, used as such: "a breakfast of fried eggs and bacon".

And yet, every pundit, or person making independent videos, pronounce this guy's name as "freed"? When phonically it is common to all, with a modicum of language understanding, and spelling, and word usage, that it shroud be pronounced fried/frīd.

So why in the hell do they not pronounce it fried? Inquiring minds and all that.

Even when I first saw his name, without even hearing it before watching media and independent news, I read it as fried, such as in fried bacon.

What I found regarding how fried is normally/supposed to be pronounced:

Because the root word is fry.

If you fry something it becomes fried, or fry-d!
Same is if you had a cry, you cried, cry-d, you hadn't creed.
If you shy from something you shied, shy-d, not sheed.
If you try a new food, you tried something, try-d not treed.
fry, fries, fried
Cry, cries, cried
Try, tries, tried
Dry, dries, dried
The sound of the roots remain constant, just the suffix changes.