GET BACK IN LINE, STEPHEN!!!

Stephen King’s tweet in support of trans women comes after he experienced social media backlash for re-tweeting a message from J.K. Rowling in which she quoted feminist Andrea Dworkin saying that “it isn’t hateful for women to speak about their own experiences, nor do they deserve shaming for doing so.”

Rowling thanked King for his apparent show of support.

But King’s support for Rowling was short-lived. The Misery author received almost instant backlash, with some of his followers who asked why he was supporting a “TERF” — a pejorative term used by transgender activists to describe “trans exclusionary radical feminists.”

Late Sunday, King responded to a follower who asked him about his stance on transgender people. “Yes. Trans women are women,” the author replied. 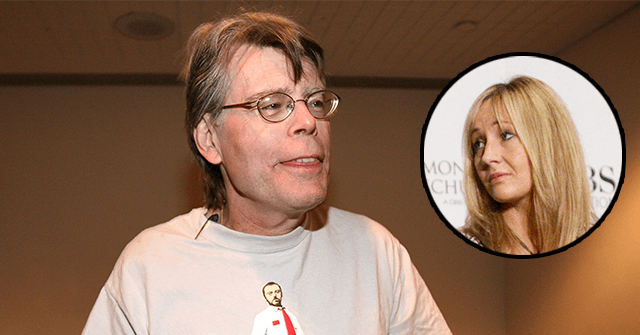 In a clash of bestselling authors, Stephen King is the latest public figure to distance himself from Harry Potter author J.K. Rowling by rebuking her defense of biological gender differences, declaring in a tweet over the weekend that "trans women are women."

Well I am not so famous as Stephen King, but I don't change my mind on trans gendered men.
They are men who have been surgically mutilated by Doctors (butchers) who are in it for the money and no other reason.
These are sick people who have mental issues.
You must log in or register to reply here.
Share:
Facebook Twitter Reddit Pinterest Tumblr WhatsApp Email Link
Top