PREMO Member
So what is the truth? It’s quite straightforward: Antarctic sea ice has been growing.

Doesn’t fit the doomsday narrative, does it?

Please don’t think this is an isolated and therefore meaningless example. There are many other facts that show the global warming fears are overblown.

For instance, two years ago, we showed that predictions claiming that the Great Lakes were drying up due to man-made global warming were, if we might use a term favored by the current occupant of the White House, malarkey.

Moving up to today, we’re reading that “many parts of Europe have not had much of a real summer, having seen much cool and wet weather this year,” and that there’s August snow in Austria, which is not just “one-day freak weather event” but the beginning of a snowy period and a usually cool cycle.

Antarctic sea ice is increasing, part of a trend that goes back more than 40 years.

I've seen way too much to be entirely dismissive of the narrative - glaciers are melting, ice is disappearing, rivers and lakes are drying up and snow on snow-capped mountains is gone. There IS verifiable damage, and measurable increases elsewhere to me do not constitute "proof" that it's not happening elsewhere. It is.

There's way too much noise however, in the entire climate change issue - too many things are blamed on or purported to be proof of climate change. For example - the fires going on, out west. The underlying premise of climate change is that it has grown monstrously worse in the last 50-60 years - but the WORST fires in this country, in terms of acreage lost to fire - they happened over a hundred years ago, and they were OFTEN. While the fires now are an increase, the trend over a hundred years is, much fewer. That immediately dispels the notion that "climate change" caused the fires.

One could even make the argument that better forest management made them less likely UNTIL climate change ramped them up again - it still wouldn't take away the fact that nature, left alone, causes much worse fires.

MOST of what I read is - the climate models continue to be wrong, and the dire forecasts of twenty or more years ago have always been wrong.

are because the environmentalists are AGAINST Any Burning ..... so fuel builds up for years and years and when there finally is a fire it's huge


SamSpade said:
..... and the dire forecasts of twenty or more years ago have always been wrong.
Click to expand...

and Environmentalists ignore the Sun Spot Activity Cycle ... all through the 90's when Al Gore was the Prophet of Climate Doom ... sun spot was on a 11 yr high ... those dropped off some years back starting a cooling trend .. they had to switch up to climate change, because there was no more warming

Artic Ice was at seasonal records .. they had to back pedal and make other accusations - hence the attack on farting cows

On the surface, and this is just anecdotal, patterns seem to be shifting rather than progressing in one direction or the other. Severe drought in the west while increased ice in Antarctica. Looking at one region and trying to draw a conclusion is short sighted.

SamSpade said:
There IS verifiable damage, .
Click to expand...

But what is "damage" actually? There are folks in Greenland, Svalbard etc who might disagree with that characterization. So the climate changes..the earth warms..the earth cools...since forever.

The upcoming launch of a new weather channel run by Fox News Media has some climate crisis experts deeply concerned, according to multiple reports.

The network, owned by media mogul Rupert Murdoch, announced in December 2020 that it would debut Fox Weather by the end of this year.

A press release for the channel — a streaming service to be available online — promised "cutting-edge display technology" with "forecasting experts surrounding every major weather event." 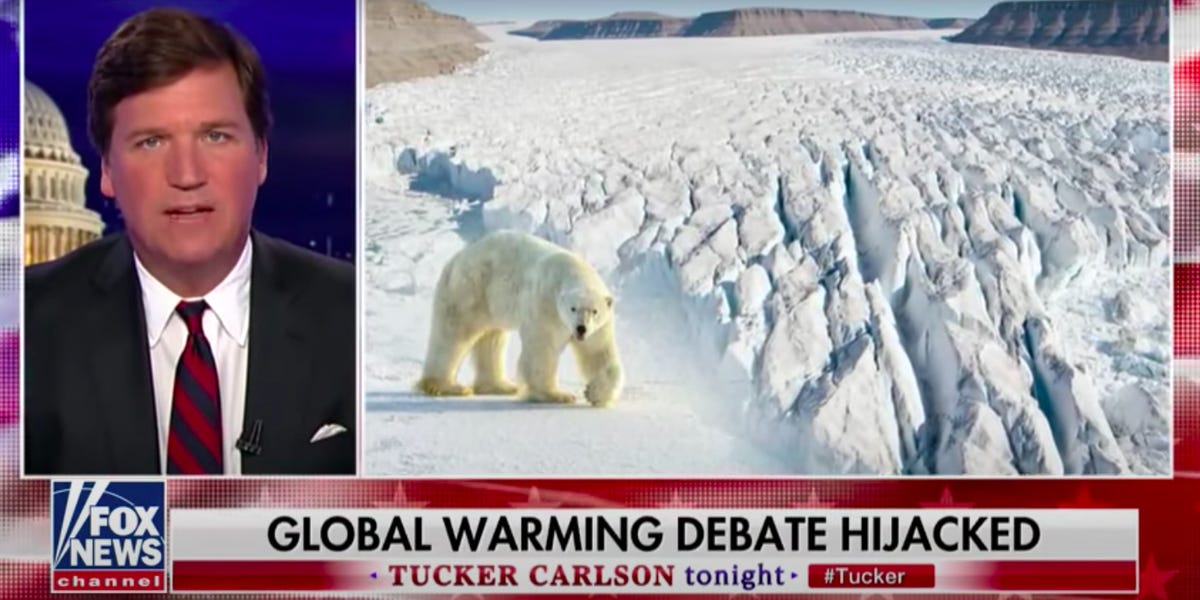 Fox News Media, which has previously pushed misinformation about the climate crisis, is launching a 24-hour weather news channel later this year.

They're terrified Fox will defuse some of their "Climate Crisis" propaganda.