ANNAPOLIS, MD—Governor Larry Hogan today announced that EPIC Pharmacies, a group of independently-owned pharmacies headquartered in Maryland, have joined the state’s vaccine distribution network. Later today, the governor will visit Apple Discount Drugs in Salisbury, one of the first independent pharmacies taking part in the program.

New One-Day Record for Vaccinations. Today’s announcement comes on the same day the state reported a new one-day high of 57,550 vaccines administered, and a new record seven-day average of 44,839 shots per day. Maryland providers have now administered a total of 2,095,245 vaccine doses, and according to the CDC, 23.6% of Maryland’s population has now received at least one dose.

“Our phased, data-based COVID-19 vaccine plan calls for the number of distribution points across Maryland to continue to grow nearly every day,” said Governor Hogan. “We currently have 2,324 different distribution points from one end of the state to the other, and are thrilled to add EPIC Pharmacies to our vaccination efforts in order to further expand our reach and ensure that no Marylander is left behind.” 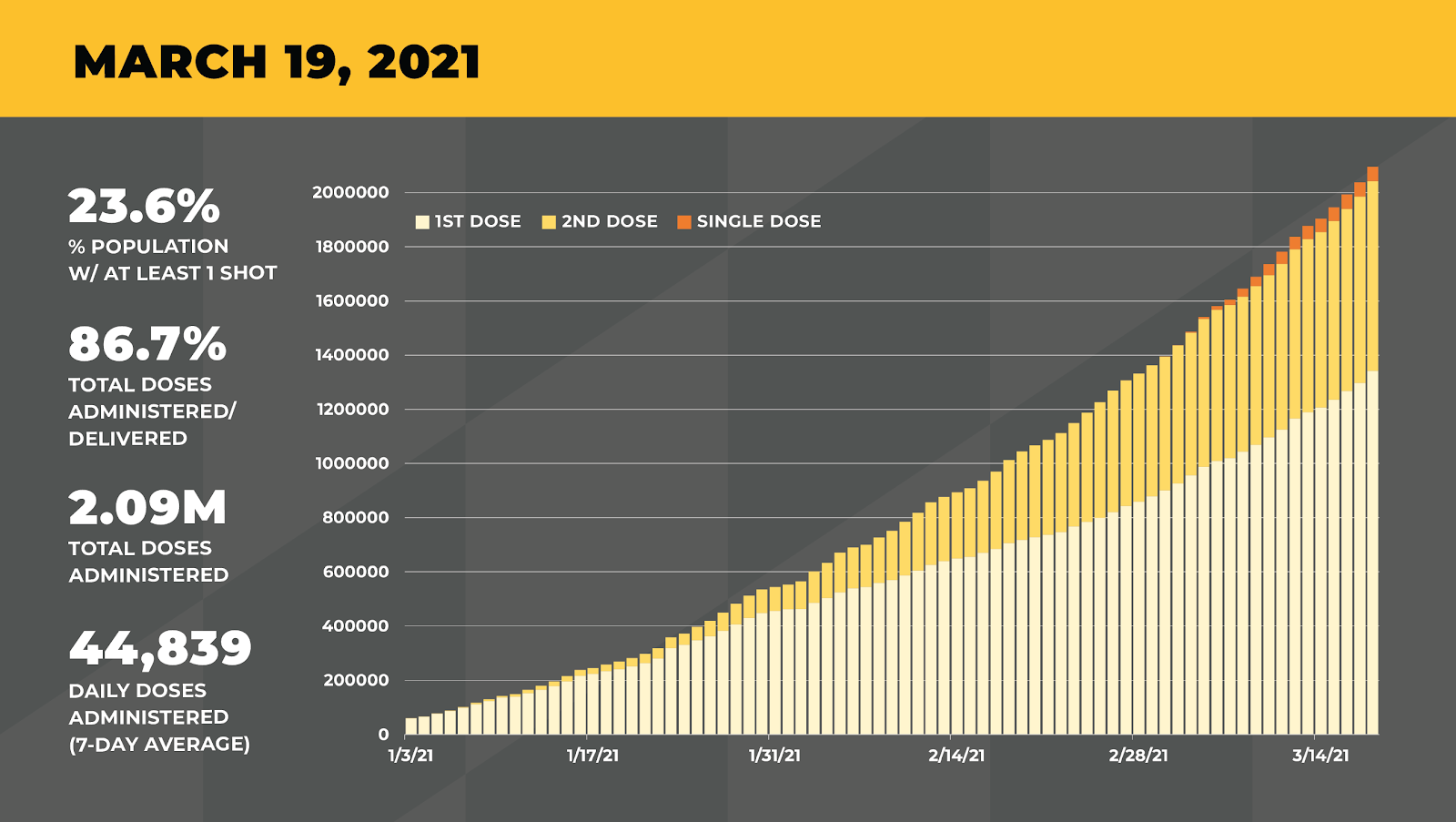 “As the largest group of independently-owned pharmacies in Maryland, EPIC Pharmacies are grateful for the opportunity to assist in vaccinating their local communities,” said Jeff Sherr, president of EPIC Pharmacies.

“Independent pharmacies, including EPIC stores like mine are eager to get to work and help the communities that we proudly serve,” said Brian Hose, owner of Sharpsburg Pharmacy, one of the stores taking part in the program. “As someone who has made vaccinations a major part of the public health services that we offer for more than a decade, I can’t wait to be able to offer COVID-19 vaccinations to the vulnerable members of our community.”

As of today, nearly 300 pharmacies across Maryland are administering COVID-19 vaccines, receiving direct allocations both from the state and the federal government. Find a pharmacy provider at covidvax.maryland.gov.

The first 22 independent pharmacies to join the state’s distribution network are: