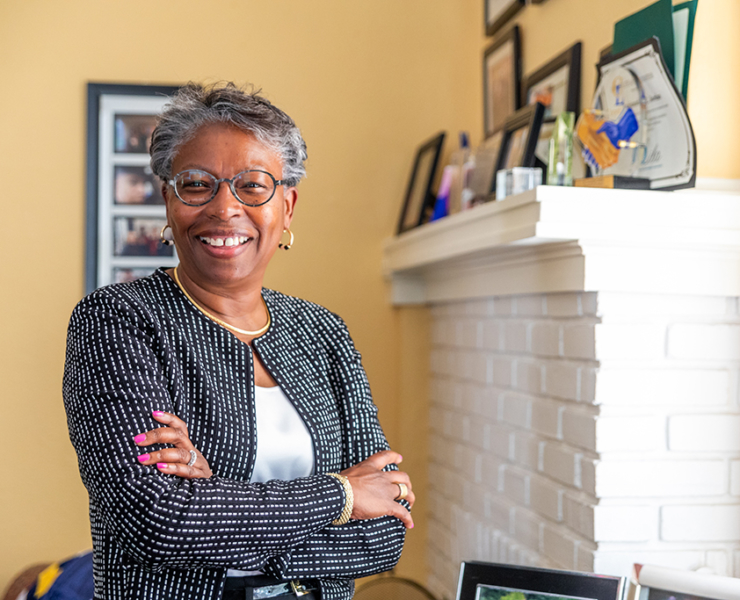 Governor Larry Hogan today announced that he has appointed St. Mary’s College of Maryland President Tuajuanda C. Jordan, along with five other members, to the Historic St. Mary’s City Fort to 400 Commission, which is responsible for planning and conducting observances in 2034 commemorating the 400th anniversary of Maryland’s founding. The commission was established earlier this year.

“I am honored to be appointed to this commission with the charge to help tell a richer, more complex and diverse history of the founding of the nation and the birth of democracy from the perspective of not just the colonizers but the indigenous peoples and the enslaved peoples as well,” said Jordan.

In March 2021, Historic St. Mary’s City announced the discovery of ruins of Maryland’s earliest colonial site, a 386-year-old fort, after searching for its location for nearly 90 years. A team used ground-penetrating radar to identify the outlines of the defensive outpost which served as the first permanent European settlement in Maryland and the fourth in British North America.

HSMC’s announcement came after the November 2020 dedication of the Commemorative to Enslaved Peoples of Southern Maryland, located on the St. Mary’s College campus. While conducting an archaeological investigation prior to construction of the Jamie L. Roberts Stadium, the archaeological team uncovered artifacts determined to be from mid-18th and early 19th-century slave quarters. As a way to honor those enslaved who once lived on College grounds, and to educate students about the legacy of slavery, the Commemorative was constructed. Both St. Mary’s College and HSMC are chartered to preserve, interpret and educate the public about their unique history.