Swearer wrote in a recent op-ed that Jordan’s line of questioning included "a series of general questions about" gun features Democrats wanted to ban, and he did not reference "any particular bill or bills by name" when asking if law-abiding citizens will be "less safe to protect themselves." But at the time of the hearing, Democratic Rhode Island Rep. David Cicilline had introduced a bill with a grandfather provision that would allow gun owners to retain firearms they already owned.

Flash forward to June of this year, Porter argued that Swearer "falsely testified under oath" about Cicilline’s bill, sparking a heated back-and-forth between the two.

"So you knew that the bill would allow any gun owner to maintain possession of any semi-automatic assault weapon that was lawfully possessed before the bill became law," Porter said, before adding later twice "you falsely testified under oath."

The exchange was highlighted by repeated interruptions, with Swearer trying to respond to the accusation and charging at one point, "How dare you."

"How dare you misstate the law," Porter continued.

"How dare you ask questions you don't even want an answer to," Swearer responded.

Roberts said the exchange was "premeditated," pointing to Porter sharing a clip of the exchange on social media that garnered hundreds of thousands of views.

"In addition to making a false perjury claim about someone whose integrity is impeccable, that's Amy [Swearer], and therefore calling into question the entire credibility of Heritage, this is premeditated. And we know that because the representative immediately went to Twitter and other social media platforms and doubled and tripled down," Roberts told Fox News Digital.

Porter's office said the comment that Swearer "falsely testified under oath" is not "a perjury claim, which requires intent and which Rep. Porter did not allege."

I know that the safest place to be is not in line ahead of this woman at a buffet.

itsbob said:
OH, I forgot to mention, the ARMY has decided on a new caliber, 6.8mm fury.. to do my part, I will have to buy a new semi automatic plinker in 6.8mm. It's our civic duty, our responsibility. IN fact, I think the government should pay for it, as it would be a part of being a good US Citizen, ready to be called up at the time of need.

When I was in High School the government supported our shooting team, providing us with rifles, and ammo through DCM (Development of Citizens Marksmanship). End of every season we got a chance to purchase our competition rifles at a huge discount, and at practice we had to pay a dollar for range time, with unlimited competition ammo (that we could also buy at huge discounts so we could practice at home).
Click to expand...

I want to see what a 6.8 would do on steel targets, does it penetrate or splat, my money’s on zipping right through.

As you’ll remember, there was a would-be mass shooter at the Greenwood Park Mall in Indiana, where a 22-year-old carrying a concealed weapon took out the shooter in just 15 seconds, which earned him the designation of “vigilante” by gun control group Brady and “hero” by everyone else. WTHR sports director Dave Calabro reported that Indianapolis Colts general manager Chris Ballard had some “strong comments” about the shooting. Ballard, you see, can’t believe an 18-year-old can just walk into a gun store and buy an AK-15 automatic weapon.

Merlin99 said:
I want to see what a 6.8 would do on steel targets, does it penetrate or splat, my money’s on zipping right through.
Click to expand...

What core is in the Fury bullet and what steel.

You can’t put food on the table with an AR-15, which can decapitate a 10-year-old​

Gun manufacturers were hauled before Congress this week and got an education from some Democratic lawmakers. Rep. Lucy McBath said that with assault weapons like the AR-15, exit wounds can be a foot wide and skulls explode on impact. Also, the reason you never see photos? It’s because there are no bodies … they’ve been vaporized.

Robert Mihaly isn’t a blue-check, but he is a resistor and published poet, so we feel OK using his tweet in response to the CEO of Daniel Defense. Never mind that the Second Amendment has nothing to do with hunting … you’d better hope those deer you’re hunting with an AR-15 are wearing Kevlar vests because otherwise, they’re just going to explode in a mass of fur and bone.

With Deception and Misdirection, House Democrats Vainly Try To Make the Case for Banning 'Assault Weapons'​

In a press release she issued today, committee Chairwoman Carolyn Maloney (D–N.Y.) repeatedly asserts that "AR-15-style assault rifles" are "the weapons of choice for murderers responsible for America's deadly mass shootings." She reiterated that claim at the hearing, calling such rifles "the weapon of choice in most mass murders."

Mass shootings represent a tiny share of all gun homicides—somewhere between 0.2 percent and 2.6 percent of the total in 2020, depending on how mass shootings are defined. Contrary to Maloney's claim, handguns account for the vast majority of firearms used in mass shootings, and they account for an even larger share of weapons used in all gun homicides: more than 90 percent in cases where the type of firearm was specified, according to the FBI's 2019 data. Rifles of any sort, only a subset of which would qualify as "assault weapons," were used in less than 3 percent of those cases.

As Rep. Andrew Clyde (R–Ga.) noted during the hearing, the distinctions drawn by H.R. 1808 make little sense if the aim is to reduce mass-shooting deaths. Under that bill, for example, a semi-automatic rifle that accepts detachable magazines would be illegal if it had a threaded barrel, a barrel shroud, or a folding stock. Yet removing those features would not make the rifle less deadly: It would still fire the same ammunition at the same rate with the same muzzle velocity.

President Joe Biden, who brags about supporting the expired 1994 "assault weapon" ban, nevertheless concedes that it left lots of equally lethal firearms on the market. He wants to "stop gun manufacturers from circumventing the law by making minor modifications to their products—modifications that leave them just as deadly." But those gun manufacturers were not "circumventing the law"; they were complying with the law, which required changes that, by Biden's own admission, left firearms "just as deadly." H.R. 1881 does not solve that problem, which is inherent in the arbitrary definition of "assault weapons."
Last edited: Jul 29, 2022

We’ve done two or three posts already today about the AR-15 super-weapon that can, with just one round, leave an exit wound a foot wide, explode skulls on impact, vaporize bone, liquefy tissue, decapitate adults, and more. They’re useless for hunting because the deer will just explode into bone and fur. It’s been called the AR-15 “war weapon” by those who want to ban it. 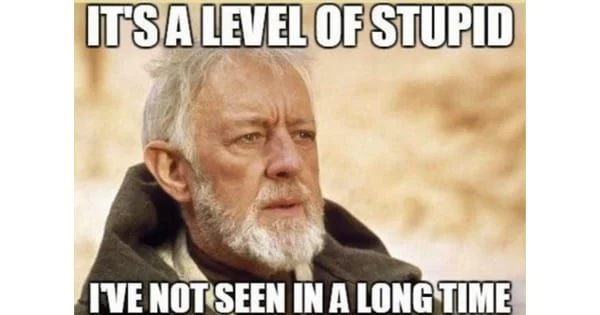 So, I own an M-1 Garand, an M-1 carbine, and a Remington model 700 bolt action rifle which is the civilian version of the Marine Corp M40 sniper rifle. All actual weapons of war. Yet none are on any list to be banned. Funny huh?

Give them time they will get there.

The consequence of the Democrats’ latest anti-gun bill is nothing new. We’ve seen this before. Democrats are their own worst enemy when it comes to gun control. The more they talk about it, the more guns and ammunition sales go through the roof. Barack Obama was the gun industry’s best salesperson. His party is not too far behind him. Over 100 million firearms got purchased under the Obama presidency. Biden won’t get close to that figure because he will be a one-term president, but this latest attack on modern sporting rifles will surely drive sales. Even when the bill has zero chance of passing, anti-gun chatter on the Hill sends law-abiding Americans scrambling for more guns. Stephen Gutowski of the Reload has more:


The bill makes it illegal to make or sell “assault weapons,” which it defines as semi-automatic centerfire rifles capable of accepting a detachable magazine and featuring one or more banned accessories, such as a pistol grip, adjustable stock or flash suppressor. It also bans certain semi-automatic shotguns and handguns. It is modeled after the 1994 federal ban that expired in 2004, though it is significantly broader than that ban, which allowed one banned accessory.
[...]
The House vote will likely be little more than a symbolic effort. Proponents of the ban do not have the necessary 60 votes in the Senate to move it forward. The bill’s companion legislation has only 37 co-sponsors.
So, the vote is intended to send a message rather than to implement policy. Democrats, who voted nearly unanimously for the bill, want to appeal to gun-control activists by delivering on what has been a top party priority for decades. But it’s not clear that what amounts to a symbolic vote is going to drive many votes toward supporters; it may even drive more votes in the opposite direction from what was intended.
But what it’s more likely to drive than votes are sales.
Just before the vote came down, the National Shooting Sports Foundation reported Americans own more than 24.4 million AR-15s and AK-47s. It also released a detailed breakdown from year to year that shows when sales of those rifles tend to spike. The vote, symbolic as it might be, is sure to have a nontrivial impact on how many AR-15s there are in the United States. It’s just that the number is going to go up instead of down.
Looking back to just before the ’94 ban was implemented, ARs and similar rifles were not nearly as popular as they are today. Only about 100,000 were sold in 1992. But that number had more than doubled by 1994, when the ban went into effect.
The ban did decrease sales for a while, cutting the total to about 70,000 in 1996. However, the focus on mostly cosmetic features meant the ban didn’t affect all ARs, and by the time it expired in 2004, sales had more than tripled from the years before the ban was implemented.
After the expiration of the ’94 ban, sales increased substantially over time. But clear spikes can be seen in the yearly data around elections and after major mass shootings, likely because those were the years when the possibility of a new ban was most acute.
Click to expand...