"if you pass an assault weapons ban, you're not going to magically eliminate mass shootings in this country." 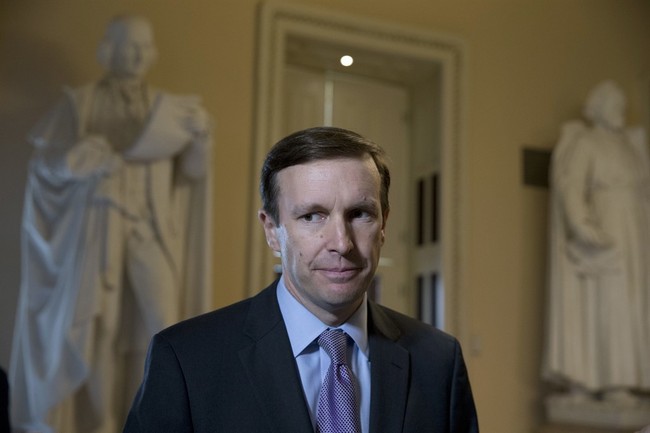 
When speaking specifically about the law incentivizing states to pass red flag laws, with Bash pointing out that Colorado and Virginia already had them in place, Murphy offered "I think it's important to know that the bill that we passed is being implemented as we speak. But it takes a little while for these big, complicated laws to be put into place."

He went on to blame law enforcement in Colorado, referring to as a "so-called Second Amendment sanctuary state," where gun control laws are not enforced. "That is a growing problem in this country," Murphy warned, who went on to threaten further action.

"And I think we're going to have to have a conversation about that in the United States Senate. Do we want to continue to supply funding to law enforcement in counties that refuse to implement state and federal gun laws? Red flag laws are wildly popular, right? You're just temporarily taking guns away from people that," he claimed.

When asked by Bash if that means Murphy "want to withhold money for law enforcement," the senator did not deny it. "I think we have to have a conversation about whether we can continue to fund law enforcement in states where they are refusing to implement these gun laws," he said. "I will talk to my colleagues about what our approach should be this problem, but 60 percent of counties in this country are refusing to implement the nation's gun laws. We have got to do something about that," he again warned.