Imagine being this effed in the head

PREMO Member
Patron
On 1/6/2021, 9/11/2001 ceased being the worst thing that happened to America in my lifetime. It’s really weird and painful to process and say that. But it’s the truth. And quite frankly… it’s not even close.

Pam Keith - excuse me, Pam Keith ESQ! - ran for Congress in FL and got her ass stomped but good. I can't imagine why....

PREMO Member
Just when you think they can’t surpass the current level of stupid… They raise the bar.

Someone else mentioned this, but I concur - if Donald Trump had planned out an armed takeover of the Capitol with thousands of armed people intent on killing and mayhem - they WOULD HAVE DONE IT. That's not bragging - that's looking at the meager attempts to thwart a crowd and the paltry force that opposed them. There just wasn't enough to stop a crowd IF it had been bent on destruction.

It's amazing that an attack on this nation that took the lives of thousands of Americans - in this person's mind - comes in second to a mob attacking the Capitol and there was ONE person killed - an unarmed protester. Heck, KENT STATE had four. And there WAS shooting, then.

I don't agree that somehow, this mob was more heinous than the dozens that preceded it in the months before - the amount of destruction, the harm done, the COMPLICITY OF THE CAPITOL POLICE at some points - does not compare.

What made it different is that this time, it was that the targets of the mob were Democrats - and to them, that's unspeakable.

They don't care about loss of life or property when it's people they HATE. And yeah, I say hate. They think the unvaxxed are all Trumpers and they keep saying they want them to die. They hate them. They embrace barbarism and call it righteousness. They suggest that doctors - who treat the ENEMY in war zones and routinely place themselves in harm's way to treat the afflicted - should refuse to treat someone who hasn't been vaccinated for COVID. They hate you.

And for the millionth time - I would not have been there - I do not condone violence, it doesn't seem to work long term. At least not for most. Stopping the vote would never have changed any outcome, it was a stupid juvenile thing to do. But that is what it was - a mob going into the Capitol, JUST THE SAME AS MOBS DID all the previous summer, attacking innocents, burning, destroying, and KILLING. The Dems are only enraged because after nearly a YEAR - it was THEIR ox that got gored, and they cannot allow it.

Nailed it Sam....yup, another homerun.

You seem to always get it right, Sam.
Now for one of the resident idiots to come along and say something so completely out in left field, trying to argue against your statement 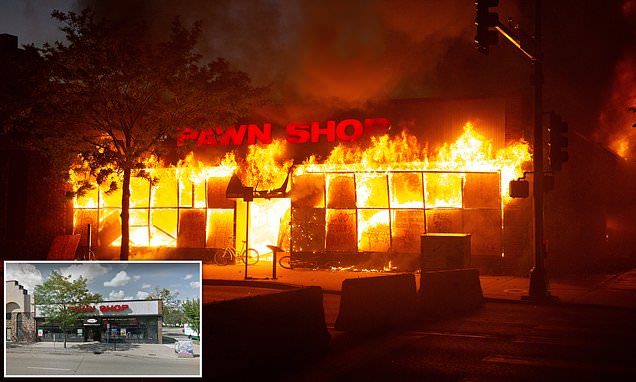 The dead man's remains were discovered on Monday morning as authorities combed through the wreckage at Max It Pawn, which was wrecked during protests in Minneapolis on May 28. 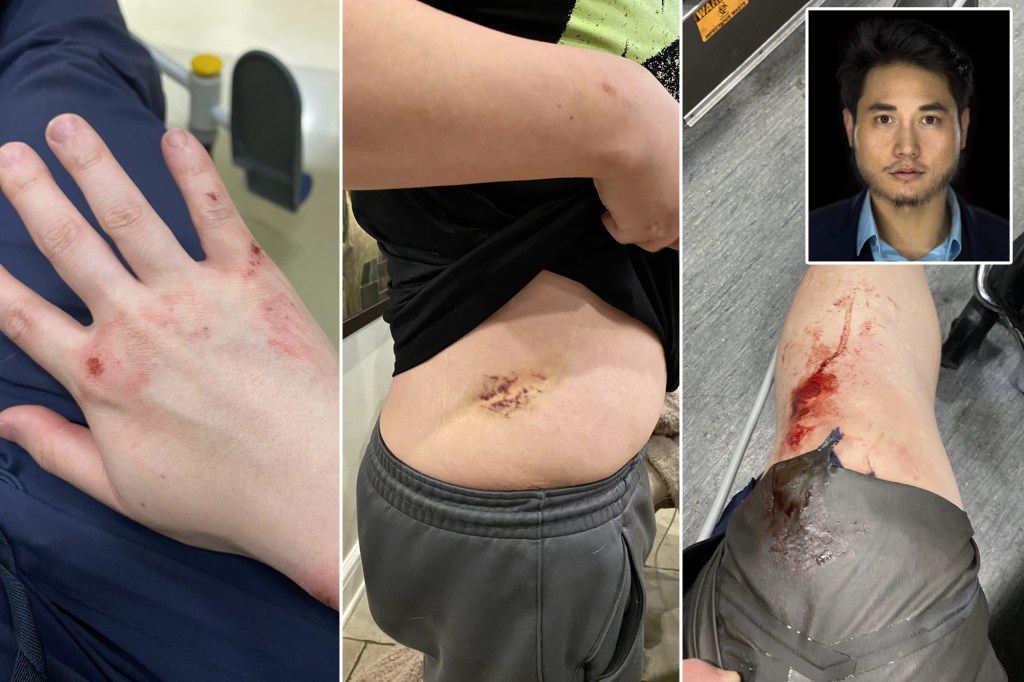 Author Andy Ngo, who exposed Antifa, says he was beaten by ‘masked mob’

An author who recently published a book exposing Antifa said he was beaten and chased by the left-wing militant group while covering ongoing protests in Portland, Oregon.

And many like it - THAT is what a murderous mob can do. Typically, people do NOT thwart it. Mostly, they mitigate the damage from a mob. There are many stories like Andy's all last year and preceding years.

57.4 percent of the local population has a migrant background
rmx.news
Philip Anderson - a conservative black man - had his teeth smashed in.
Twitter decided to BAN him.

An insurrection attempted to take the Capitol? Don't make me laugh. They attacked a federal courthouse - 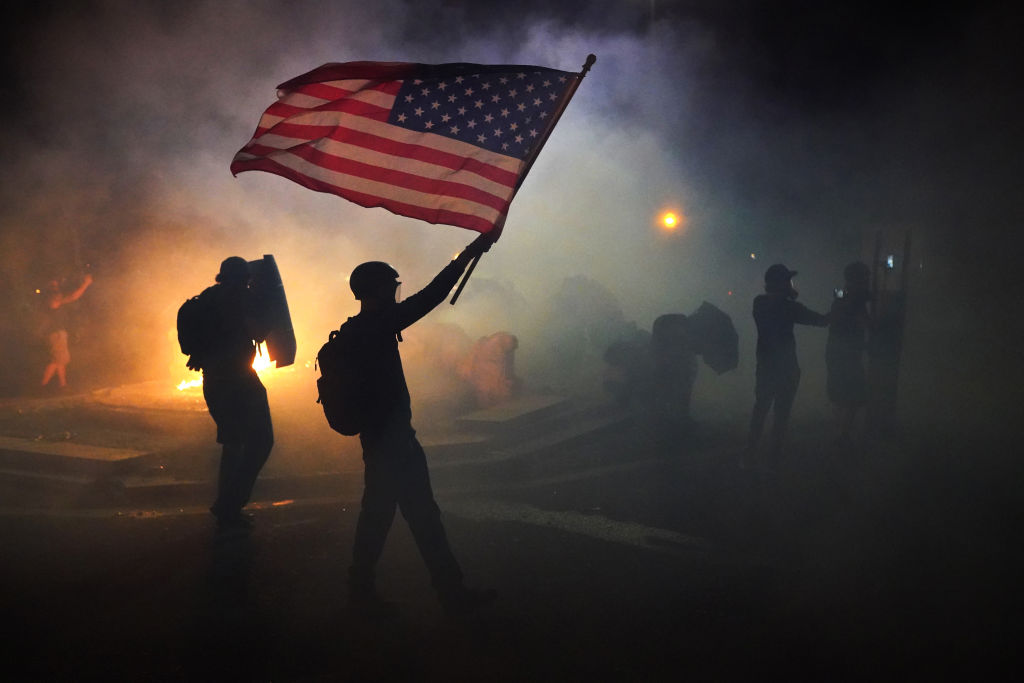 Police said an officer was punched in the face and later tear gas was used to disperse the crowds after they marched through the city in protest against an oil pipeline. 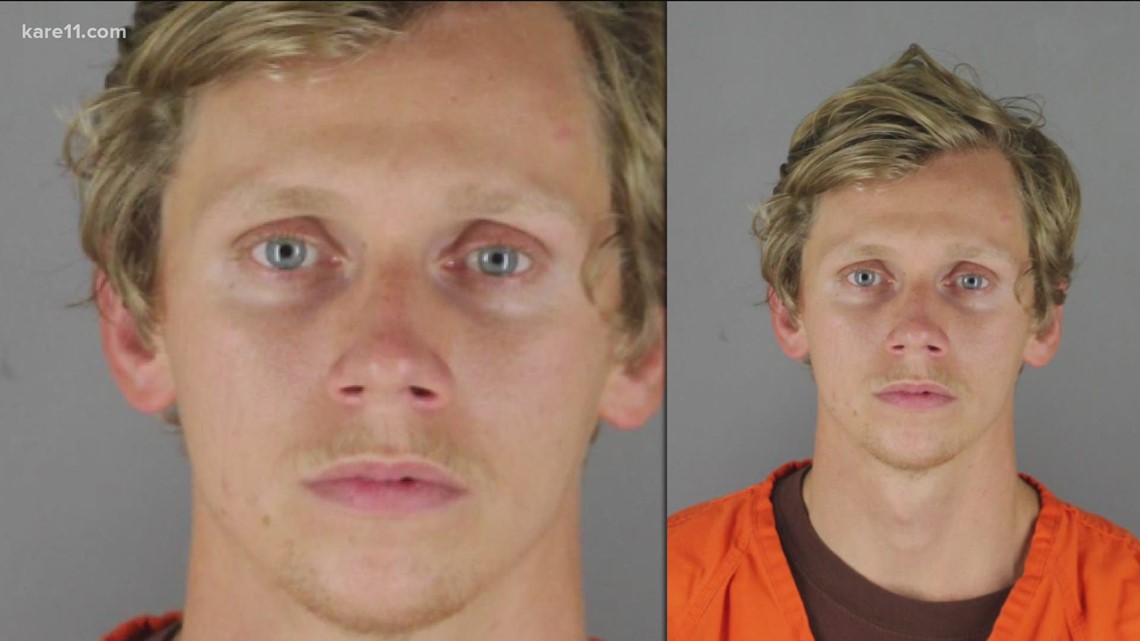 Branden Michael Wolfe, 23, was sentenced to 41 months in prison and was ordered to pay $12 million in restitution. Others are still awaiting sentencing.

Imagine that - a precinct full of POLICE - and the mob got it.

No, I am serious - generally, you don't stop a murderous mob. You don't.

COMPARATIVELY speaking - the Capitol mob was mild. What enrages the left is - THEY were the target.
And I will repeat what I said before - all this BS about the hurricanes being a battle cry to stop climate change? They didn't give a crap about it when it was hitting the Gulf and ripping through red states - it was when people suffered in NEW YORK that they suddenly cared.

It's not for nothing they call them "flyover states". It's right there - they don't matter to them.

PREMO Member
It took Violence to send The Redcoats back across the pond...

PREMO Member
Who was Jessica Doty Whitaker? The woman shot and killed for saying ‘all lives matter’

Who was Jessica Doty Whitaker?

Whitaker was an Indiana resident who was the mother of a three-year-old son.

What happened to her?

She was fatally shot earlier this month following an argument with four men and a woman about Black Lives Matter.

Whitaker was with fiance Jose Ramirez at the time.

SamSpade said:
No, I am serious - generally, you don't stop a murderous mob. You don't.
Click to expand...

You do with Belt Fed Machine Guns

"The tree of liberty must be refreshed from time to time with the blood of patriots and tyrants."

Guess who the modern day tyrants are Little Pammie?

On some great and glorious day the plain folks of the land will reach their heart's desire at last, and the White House will be adorned by a downright moron.

GURPS said:
You do with Belt Fed Machine Guns
Click to expand...

But - MOSTLY - the violence only works for a while. You win the battle, but you've created a permanent enemy.
Like Joe with his edict last week - the man who declared how he would UNITE us all is - basically - firing anyone who doesn't get vaccinated (yes I know the nuances but that's basically the gist - don't get the jab, don't come to work).

SOME will comply - but they will always hate him for it. ALWAYS. When a politician capriciously wipes out your job - yeah, hate.
And I mean capriciously - we are NOT anywhere near as dire a situation as we were a year or even eight months ago.
This is to "win" politically, and to find a scapegoat.

Authoritarians Supporting Anti-FA / BLM / Critical Race Theroy Marxists ... have proven they want Nothing But POWER to Control Peoples Lives as THEY See Fit and they are a Permanent Enemy to Normal Americans 9 months of Constant Rioting all over the contry prove that

GURPS said:
Authoritarians Supporting Anti-FA / BLM / Critical Race Theroy Marxists ... have proven they want Nothing But POWER to Control Peoples Lives as THEY See Fit and they are a Permanent Enemy to Normal Americans 9 months of Constant Rioting all over the contry prove that
Click to expand...

You will however notice that since Joe took office - the riots have simmered down a bit. Strongly leading to the conclusion that it was never about their cause - because nothing directly to it has been accomplished.
H

I don't know: The woman has the month right , but the day wrong.

The worst day America has ever seen was January 20th. 2021.
The day Biden was inaugurated, and started the downfall of a free nation, Under God ,Indivisible.

PREMO Member
We killed about 24,000 British. We seem to get along just fine now.

black dog said:
We killed about 24,000 British. We seem to get along just fine now.
Click to expand...

I think they're still bitter.

SamSpade said:
You will however notice that since Joe took office - the riots have simmered down a bit.
Click to expand...

Did they, or did the Media just stop reporting ?

vraiblonde said:
I think they're still bitter.
Click to expand...

Lol.
Most of them seem to understand our Constitution better than the average American.

gemma_rae said:
"The tree of liberty must be refreshed from time to time with the blood of patriots and tyrants."

Guess who the modern day tyrants are Little Pammie?