“We refuse to become the vaccination police for any government,” Wensinger said, noting it’s unfair to force employees to check customers’ vaccination status. “We fiercely disagree with any government dictate that forces a private company to discriminate against customers who choose to patronize their business. This is a clear government overreach .”

What was it about 'hanging together or we'll surely hang separately'?

The more you know 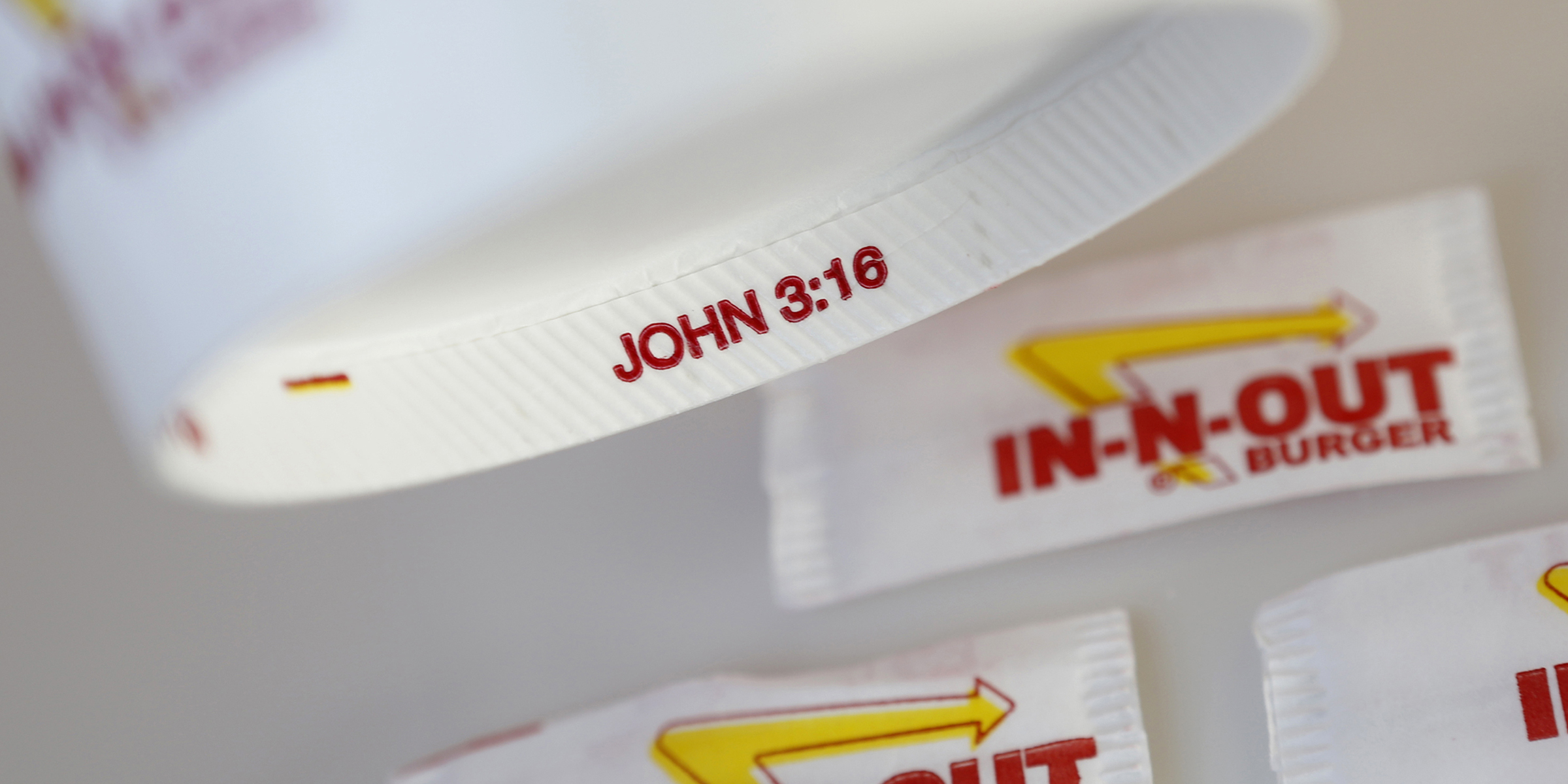 Why does In-N-Out print Bible verses on its cups and wrappers?

Have you ever noticed a tiny Bible verse on the bottom of your soda cup? 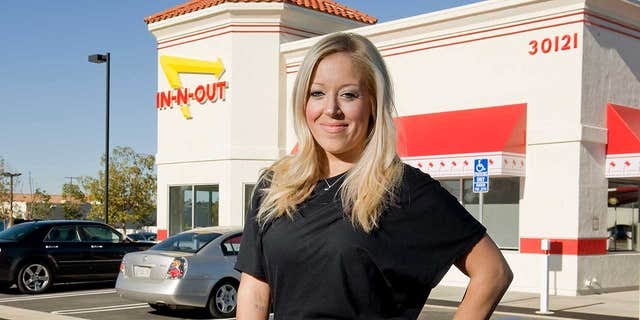 PREMO Member
San Francisco shuts down In-N-Out for not enforcing jab mandate: 'We refuse to become the vaccination police'

The San Francisco Department of Public Health closed the Fisherman’s Wharf In-N-Out location on Oct. 14 after the popular burger joint did not check the vaccination status of customers, which violates an August mandate from the city requiring indoor diners to show proof of vaccination.

In-N-Out, which operates 358 locations across the western United States, is owned by devout Christian Lynsi Snyder and is well known for including Bible verses at the bottom of soda and milkshake cups.
C

I was never a huge fan of their burgers (super greasy buns), but I appreciate that they are one of the few chain restaurants that have kept up the quality and service and don't implement gimmicks (other than animal style I guess).

They're actually a pretty old company. I remember the town I lived in until I was maybe 10 or 11 only had three fast food joints, an Arctic Circle (I haven't seen one of these in probably 30 years), an A&W with roller skating waitresses, and an In-n-out.
H

This should be happening with companies and individuals all over America.

Tell Faucci and the demented corrupt codger in the White House to shove their mandates.

Their fault, move to red states only.


SAN FRANCISCO, CA—Leftists are outraged this week after a burger chain in San Francisco refused to discriminate against certain customers, instead treating everyone with equal respect and serving delicious food to all.

"We can't allow restaurants to serve unvaccinated individuals, as they are not actually human and therefore not entitled to human rights," said local human rights activist Xander Zinfandel. "We believe this to be the compassionate position, which In-N-Out is callously disregarding."

City officials looked on in horror as hundreds of unvetted individuals lined up around the store to enjoy In-N-Out's delicious burgers without producing their vaccine papers.

"NOOOOOOO! This is all wrong!" said City Council Chair Damien Goobfritz as he watched the horrific scene unfold. "Some of those people may be eating even though they don't deserve to! This is a disaster!" 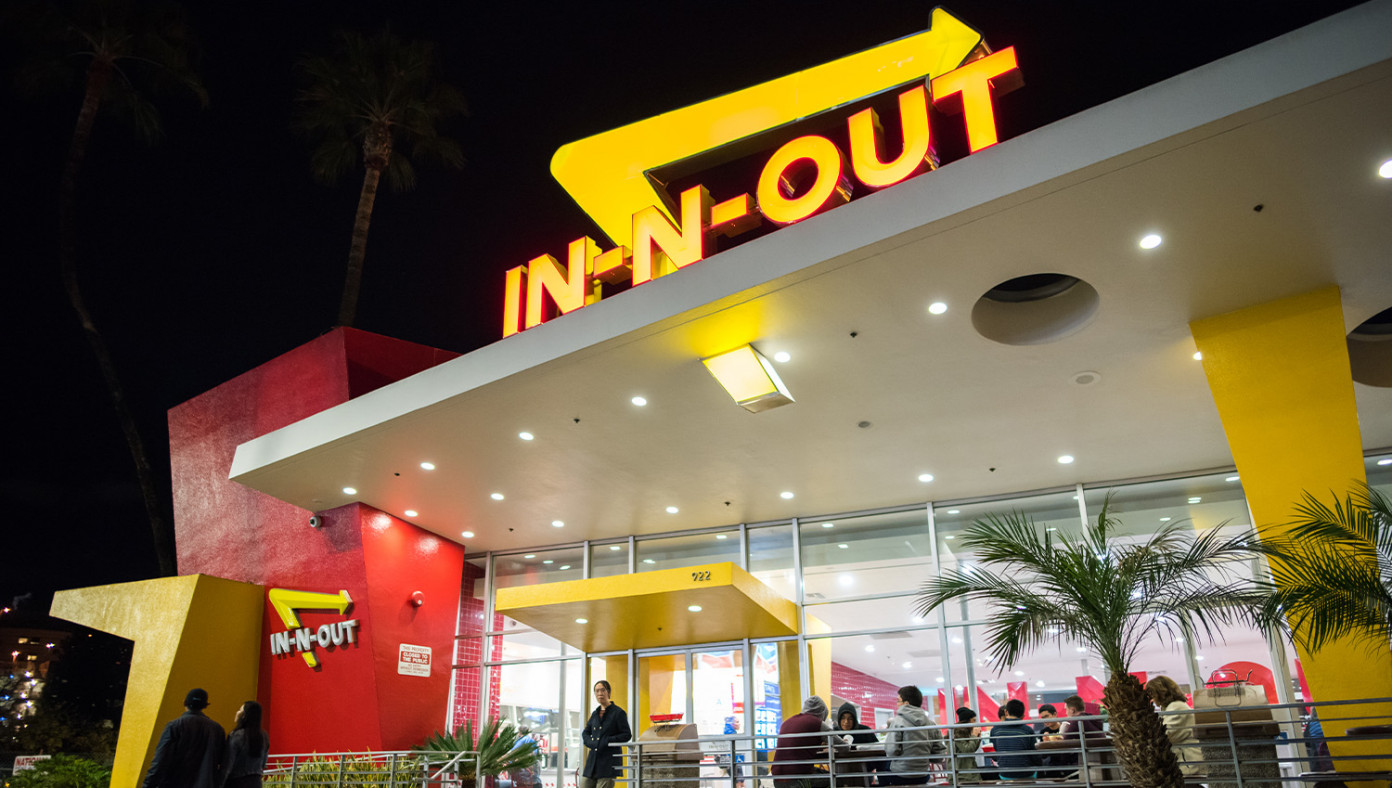 SAN FRANCISCO, CA - Leftists are outraged this week after a burger chain in San Francisco refused to discriminate against certain customers, instead treating everyone with equal respect and serving delicious food to all.'We can't allow restaurants to serve unvaccinated individuals, as they are...


The burger is 45 patties all stacked up on top of each other accompanied by In-N-Out's signature fresh ingredients and delicious spread. It costs only $17.76, which is a huge cost savings over ordering a 45x45 from the secret menu.

According to company spokespeople, the Let's Go Brandon started out as a secret menu item but grew so popular that it has been added to the regular menu. It's replacing the Double Double for a limited time.

"Also, the slogan has absolutely no double meaning. We just like the name Brandon. What can we say? We want him to go."

At publishing time, the writer of this article had a sudden craving for In-N-Out. brb 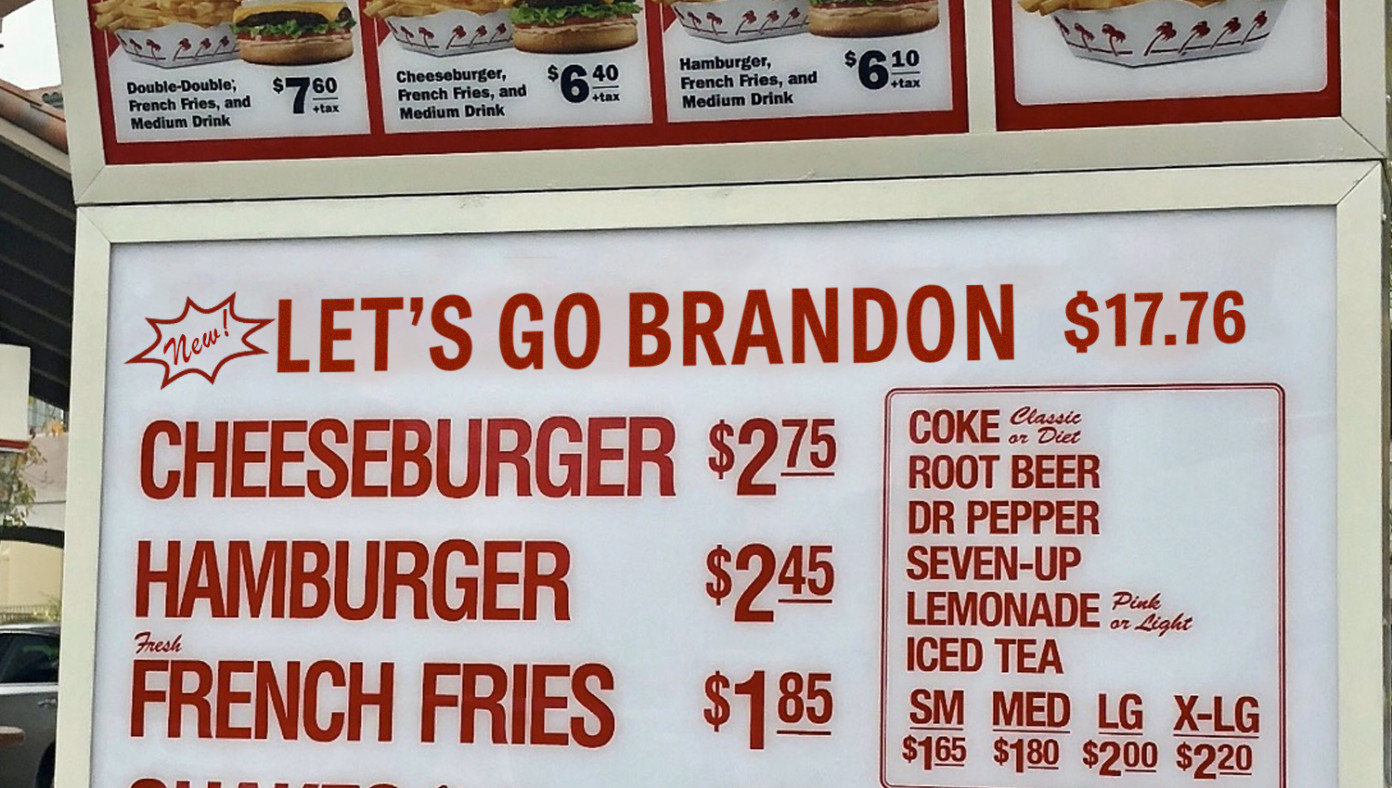 IRVINE, CA - In-N-Out isn't known for changing its menu, with the fast-food burger joint offering the same burger, cheeseburger, and Double Double options for many years. But the Cali favorite has made an exception, introducing a fun new menu item, the 'Let's Go, Brandon!'The burger is 45... 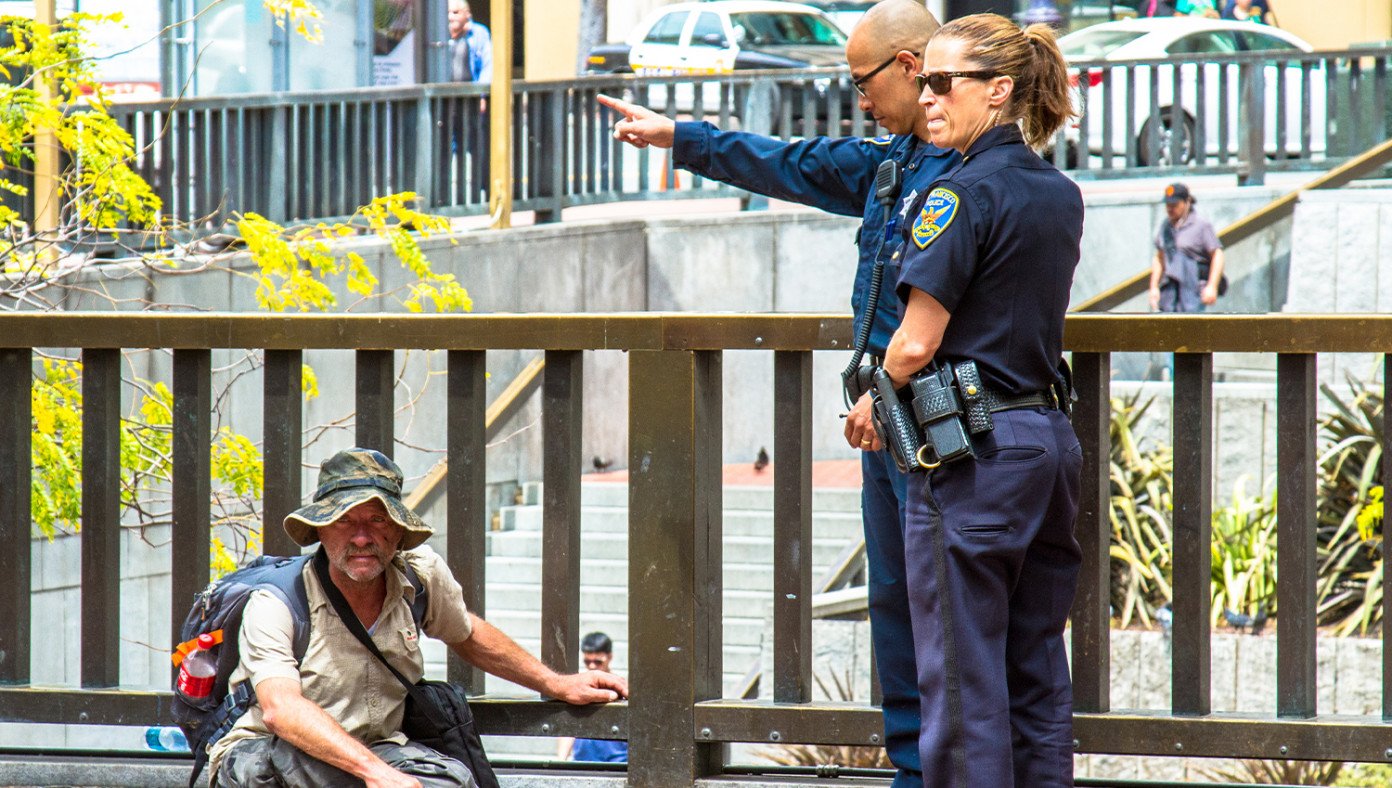 Finally: San Francisco To Require Proof Of Vaccination To Poop On The Sidewalk

SAN FRANCISCO, CA - People just pooping willy-nilly on the sidewalk in San Francisco has been a long-time problem, and City Hall is finally taking action. Now they will require proof of vaccination before people can use the sidewalk as a restroom.'We can’t believe the brazenness of some people,'...


“The Pleasant Hill In-N-Out location received four citations in recent weeks and fines totaling $1,750, all for the same health order violation, before today’s action,” Contra Costa Environmental Health said in a statement, according to The Hill.

“(Contra Costa Environmental Health) suspended the permit because the business was not in compliance with all applicable state and local health and safety regulations, and so posed an immediate health hazard to the public,” the statement added.

Two other In-N-Out restaurants in the area are also being targeted by Contra Costa Environmental Health, collecting fines and warnings for refusing to check patrons’ jab status.


Newsom appeared to stand by the chain due to its California roots when he was asked about the conflict during a visit to Oakland, California, to tout the COVID booster dose.

He said he wouldn’t “get caught up in the situational issues,” but he noted the chain is “one of our great, home-based businesses,” and he has “great respect, admiration” for them.

He referenced a few years ago when the company “doubled down on their commitment” to California, so he said he wanted to “double down” on his commitment to the chain, while acknowledging the existence of differences of opinion “as it relates to some of these county edicts,” noting “we have to work through them.”

He added, “… there’s been thousands of examples like this, some get highlighted, some don’t. In this instance, there’s an East Bay chain that there’s a little bit more friction and frustration, [in] San Francisco, there was a week or so ago.”

Just come to read the meter? 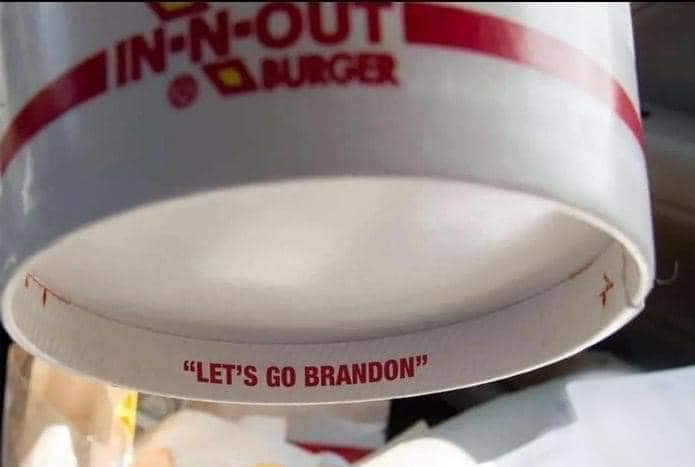