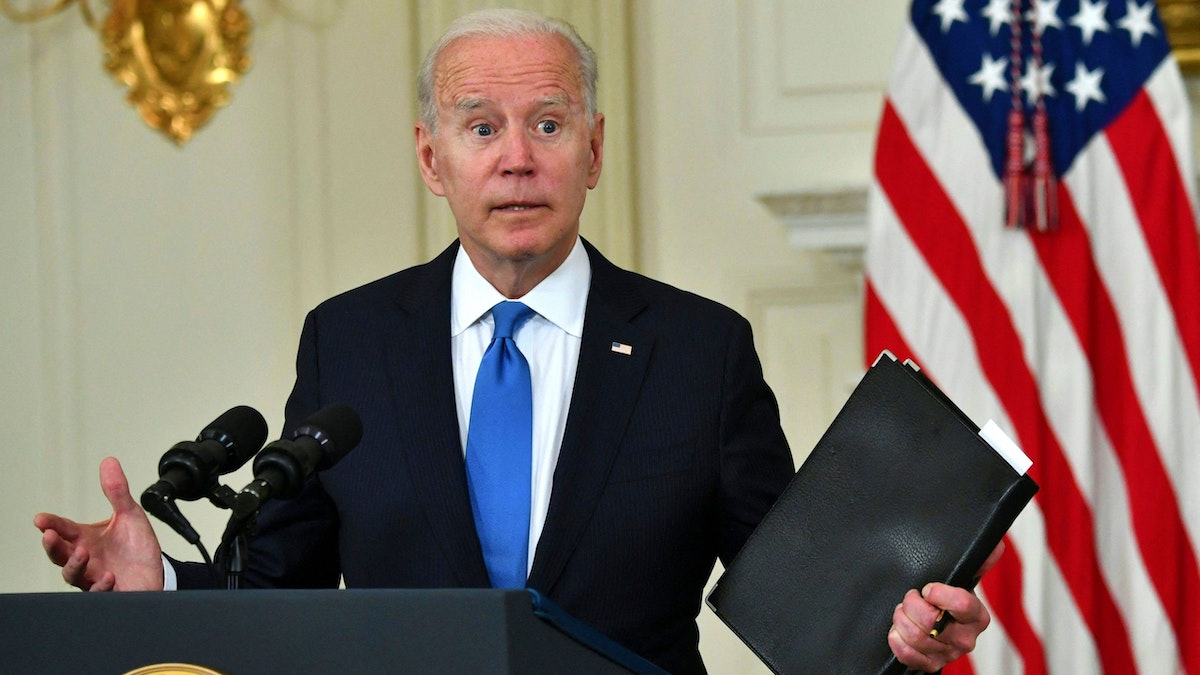 I'm thinking that the press is doing to - sadly - realize they're going to gain more viewers by being critical of Biden and Harris rather than the sickening lovefest they've been perpetrating for the past several months.

And then ditto to the late night hosts and comedians - if Biden and Harris continue to do things to piss off the press - regarding them with rudeness and contempt when they DON'T kiss their ass - they are going to realize that continuing to make jokes about a President long gone isn't going to keep viewers.

It's just going to be funnier to make fun of them. The likes of Jon Stewart, Bill Maher and Seth Meyers have ALREADY gone there.
Nobody wants to watch you pine over how much you love the President and VP, especially when they're crapping on you.

PREMO Member
Clearly joe is in the wrong business.

PREMO Member
It's amusing to remember all the pearl clutching fuss over Reagans age, and their "concern" over the possible deterioration of his mental faculties, and four decades later Democrats put the most feeble, senile moron ever into the oval office.
H

Monello said:
Clearly joe is in the wrong business.
Click to expand...

Kyle said:
It's amusing to remember all the pearl clutching fuss over Reagans age, and their "concern" over the possible deterioration of his mental faculties, and four decades later Democrats put the most feeble, senile moron ever into the oval office.
Click to expand...

In their defense - feebly - they were right. He did eventually die of Alzheimer's. And he WAS in the early stages, then.

What IS amusing is, the shoe's on the other foot - and they are doing the same thing.
H

The media helped elect this guy, what are they bitching about?
H

Hijinx said:
The media helped elect this guy, what are they bitching about?
Click to expand...

PREMO Member
Patron
This is hilarious:

“You’ve got to have a negative view of life, it seems to me, the way you all … You never ask a positive question,” Biden continued.
Click to expand...

They have been doing nothing but fellating him since he got the nomination.
H

Is it possible that even the media did not know how seriously demented Biden is?


Nah, They knew, and they worked to get him and Matressback elected anyway.

There are 8 parts of speech in the English language, and I know of only one word that can be used in all of them.
It isn't the nicest word in the world but it certainly is handy in my describing my feeling on the media.
It's a simple word that only has 4 letters, but if used with those 4 it gets blocked, but it's meaning can come through in only 3.

PREMO Member
The left media opinionators are running away from their own statements. They never thought they would be put in the position they are in and their intentional lies and BS opinions would go unchallenged when joe and the hoe got in. I am taking perverse joy at their squirming, back tracking, and denying. I find it incredibly humerous that their hated Trump provided them with a paycheck and now they may be headed to the soup kitchen!
C

He's obviously not in the wrong business, it's just that his business isn't what she thinks it should be. Been a long time since a national level politician had to shake babies and kiss hands to get votes.

vraiblonde said:
This is hilarious:

They have been doing nothing but fellating him since he got the nomination.
Click to expand...

He's been leaving a bitter taste in their mouths.

Monello said:
Clearly joe is in the wrong business.
Click to expand...

That's how I read the thread title!