Rev. Al Sharpton’s charity nearly doubled his compensation and also shelled out close to $300,000 for private jets so that he and other bigwigs could attend “important gatherings.”

The Harlem-based nonprofit, which was founded by Sharpton in 1991 and bills itself as an activist social justice organization, continued to pay three of the reverend’s relatives. His daughter, Dominique, got $78,670 for membership work; his daughter, Ashley, took in $59,950 for social media duties and consulting; and his niece, Nikki, received $15,800 for special events.

PREMO Member
Beyond his votes, however, is a social media footprint that sometimes crosses into rank crankery, election denialism, and attacks on various institutions of our democracy. These things are terrible and dangerous, we're often told, but certain exceptions (D) apply. For example, if you're an election conspiracy theorist, you can remain an elderstateswoman of the party in good standing, while getting very rich in the process. Or if you're an aggressive election denier, you can get celebrated and re-nominated by the party for statewide office in a key state -- or even hired as chief spokesperson for the President of the United States. Or, as it turns out, you can become one of the highest ranking party leaders in the whole country: 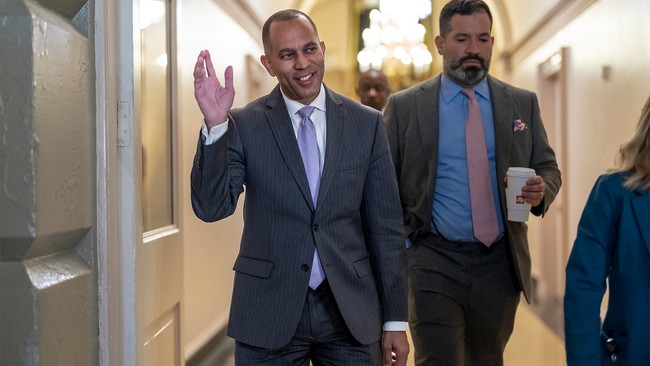 Rev. Al Sharpton’s charity nearly doubled his compensation and also shelled out close to $300,000 for private jets so that he and other bigwigs could attend “important gatherings.”

Al gave himself a raise.

Astrobiologists Fret About 'Colonizing' the Universe​

To that end, The College Fix has an interesting piece in which astrobiologist Jacob Haqq-Misra expresses his concern that mankind’s arrival on another planet could be more disastrous than historic. He is the author of the book “Sovereign Mars: Transforming Our Values through Space Settlement.” Essentially, he thinks that there could be future activism when it comes to the final frontier. The concern may be that we might affect another world in much the same way people impacted the Americas, Africa, and India in the past. In other words, think of it as space exploration as viewed through the lens of diversity, equity, and inclusion. Alien Lives Matter. Even the microbes. The article even quotes Rebecca Charbonneau, a U.S. National Radio Astronomy Observatory fellow, as telling Scientific American:


“pace exploration is…an extension of our imperial and colonial histories. SETI [the Search for Extraterrestrial Intelligence] in particular carries a lot of intellectual, colonial baggage as well, especially in its use of abstract concepts like ‘civilization’ and ‘intelligence,’ concepts that have been used to enact real, physical harm on Earth.”

The article said Charbonneau is wary of the term “intelligence,” since it has been linked to genocide and eugenics. Interestingly enough, Margaret Sanger favored eugenics, and Iceland is known for aborting babies that have Downs Syndrome.