It hasn't been a good week for them. A black justice expanded civil rights on Thursday while the issue of abortion was rightfully returned to a platform where it could be decided legally via the legislative process today. And you know the loudmouths in D+1000 districts were there to spew total nonsense, like Rep. Maxine Waters (D-CA), who doesn't miss an opportunity to show everyone the depths of her idiocy. She trotted out there and pretty much called for an insurrection.

Look, I don't make up these rules, but by the insane standards the liberal media and Democrats set on this question—Waters should be jailed (via Fox News):


Maxine Waters tells people to “fight,” “the hell with the Supreme Court! We will defy them!"

Rep. Maxine Waters, D-Calif., pledged to defy and protest the Supreme Court following its decision Friday overturning Roe v. Wade.
"You ain't seen nothing yet," Waters said from the steps of the court. "Women are going to control their bodies no matter how they try and stop us. The hell with the Supreme Court. We will defy them. Women will be in control of their bodies. And if they think Black women are intimidated or afraid, they got another thought coming."
"Black women will be out in droves," she continued. "We will be out by the thousands, we will be out by the millions. We are going to make sure we fight for the right to control our own bodies."
[…]
The Supreme Court ruled in a 6-3 decision Friday that the landmark case Roe v. Wade, which established a constitutional right to abortion in 1973, was wrongly decided.
Click to expand...

Defy the Supreme Court, to hell with the Supreme Court. I'm sure this qualifies as fomenting a rebellion—at least that's what I've been told regarding this joke select committee that's supposedly investigating January 6, an event so traumatizing that no one cares about it. No one.

PREMO Member
Lock her up

Instead of a buffalo hat she’s got a buffalo face.
L

PREMO Member
It seems she is unaware of the three branches of government and severely lacking in knowledge about the Constitution.

limblips said:
It seems she is unaware of the three branches of government and severely lacking in knowledge about the Constitution.
Click to expand...

That’s what makes her the perfect Democrat.

I know everyone here is keenly aware that this decision does NOT outlaw abortion. It may allow a state to do so, but the people choose the ones who rule on it. It’s their decision and if a state outlaws it - vote differently and change the law. It is now in the hands of the people where it should have always been.

Now Pelosi knows this and is just distorting the truth for votes.

But - I really think Maxine really DOESN’T know. I mean that.

I'm sorry Kyle, but I respectfully disagree on this. Were she not able to have unlimited access to alcohol she would not have the ability to drink herself to death. We need to offer her more encouragement to do so, not limit her ability.

P.S. The manufacturers of Courvoisier rely on her.
H

Maxine Waters should be facing an ethics charge and possible expulsion from the House, but she won't, she is the right flavor.

PREMO Member
“They ain’t seen nothin’ yet,” Waters raged. “Women are going to control their bodies, no matter how they try to stop us. The hell with the Supreme Court. We will defy them. Women will be in control of their bodies, and if they think black women are intimidated or afraid, they got another thought comin’. Black women will be out in droves. We will be out by the thousands. We will be out by the millions. We are going to make sure that we fight for the right to control our own bodies.” Apparently, as far as Waters is concerned, that fight involves illegal defiance of the Dobbs v. Jackson decision. What’s the word for that sort of thing? Oh, yeah: insurrection.


Radical-Leftist Maxine Waters says “to hell with the Supreme Court, we will defy them!”
Sounds very insurrectiony for a member of Congress. pic.twitter.com/hqkpbpFXyP
— ForAmerica (@ForAmerica) June 24, 2022
Click to expand...

Maxine Waters knows all about insurrections. On June 24, 2021, she applauded the formation of the select committee on the Jan. 6 non-insurrection insurrection, and the Stalinist show trial that the establishment of this committee heralded. Waters declared that the committee would “expose the truth about the January 6 insurrection, including what happened that day, who funded it, and who worked behind the scenes to orchestrate the events leading up to it.” This was necessary, she explained, because “these domestic terrorists” not only stormed the Capitol but even dared to “use the American flag as a weapon against law enforcement.” 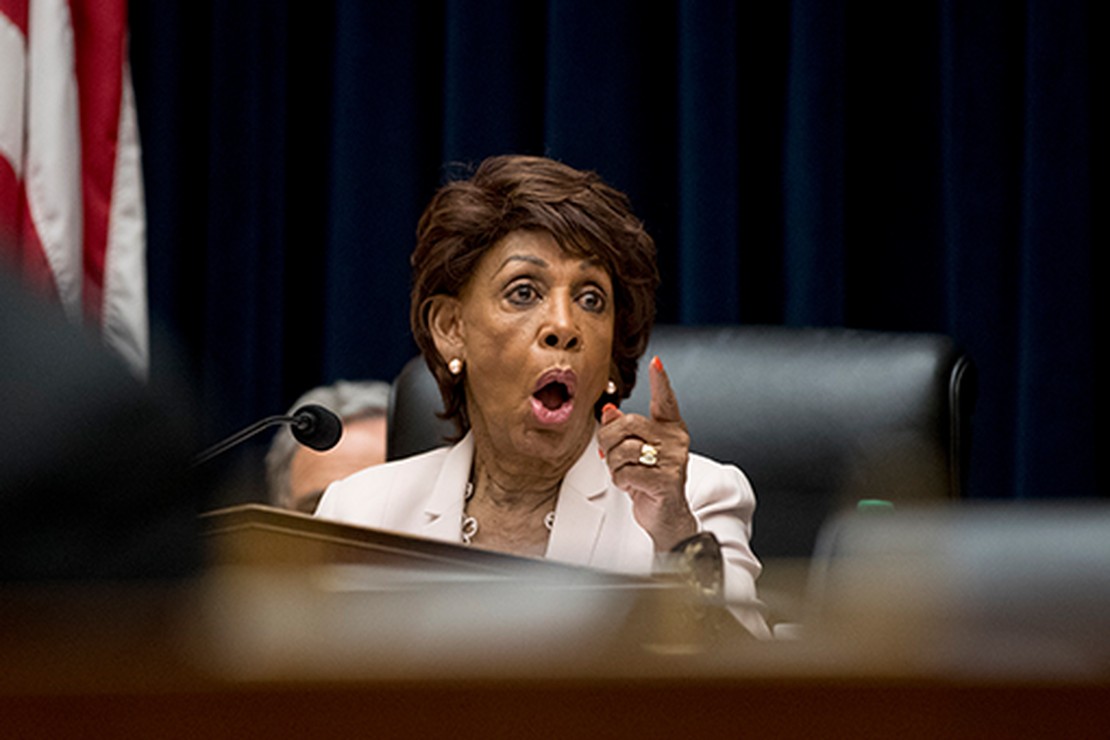 Maxine Waters Calls for Insurrection: ‘The Hell with the Supreme Court’

The worst aspect of this is that not a single Democrat will condemn Maxine Waters and defend the American principle of loyal opposition and peaceful dissent.

Black women performing genocide on their own race and Maxine Waters leading them on.
I don't know why we are against abortion, in effect the stupid are killing off their own race.
We should probably be thankful. We probably would go broke giving welfare to the Thousands of blacks they are killing off.