Numerous journalists who were on the ground said that the left-wing activists were trying to provoke a response from the federal agents inside.

One journalist reported that rioters dumped garbage in front of one exit. “CBP clears the hazard and agitators begin to provoke a response from federal officers,” he wrote along with video of the incident.

“Agitators trying to provoke a response from federal officers,” the journalist added. “Violently battering the door with kicks and using their shield as a battering ram.”

Juan Vidal, a radical alt-left writer who contributes to deranged anti-Trump websites like The Daily Beast and Rolling Stone, published an article on NPR’s website demanding that white people “decolonize” their bookshelves by removing all books written by white people and requiring they be replaced with books that are written by people of color.

In removing those books, Vidal leaves no explanation what to do with them, but we all know what he means. This radical left “anti-fascist” writer is advocating for modern day book burning of content from a specific racial or ethnic group, the same exact thing that Hitler and his Minister of Propaganda Joseph Goebbels ordered done during the Third Reich, where “literary garbage” and books of “un-German” origin were set ablaze.


Antifa: Paving The Road To Book Burning And Other Good Intentions


The destruction of culture and history is about as slippery a slope as you can get. We see villainous enemies of freedom have taken it upon themselves to burn books or – as we are seeing even today in this supposedly enlightened age – tear down statues. But fear not, for this is apparently all in the name of “progress.”

We should rightly ask, though: progress toward what end? We have Black Lives Matter and Antifa activists, and their loose-knit supporters, demanding the removal of statues, the renaming of streets, and, in fact, the very erasure of history. It seems that this “progress” would be aimed at creating a completely new world. And is there anything wrong with the idea of starting a new world? Not inherently, no. But there is a problem when this new world would be controlled by the self-same folks who decided to eviscerate the history and culture of the existing one.

While rioters previously attacked federal buildings, businesses, and even officers, this weekend, they found a new target: Bibles.

A video posted to Twitter on Saturday shows rioters holding Black Lives Matter signs tossing Bibles into a fire. Bystanders stood and watched as the flames licked away at the pages of the books.

“Left-wing activists bring a stack of Bibles to burn in front of the federal courthouse in Portland,” wrote the Twitter user, Ian Cheong, who posted the video.

I have always been an old testament man myself.
Surely in the new Testament, Jesus Christ teaches love and compassion and being neighborly, but I would like to see some good old fashioned Old Testament lightning strokes and earthquakes taking out the Sodom and Gamorrah's of this world.
Wouldn't it be great to see lightning hit this bunch of Bible Burners?

Hijinx said:
but I would like to see some good old fashioned Old Testament lightning strokes and earthquakes taking out the Sodom and Gamorrah's of this world.
Click to expand... 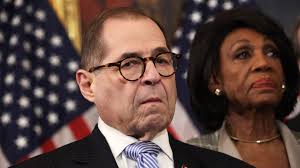 Can you imagine what a baby out of those two would be like?

Hijinx said:
Can you imagine what a baby out of those two would be like?
Click to expand...