PREMO Member
“These lawns come on the backs of slaves,” he continues, zooming in on a painting of George Washington in a field to highlight men cutting the grass with scythes. “It’s grueling, endless work.”

“By the 1870s we also see American culture slowly start to embrace lawns for the privileged masses,” he states. 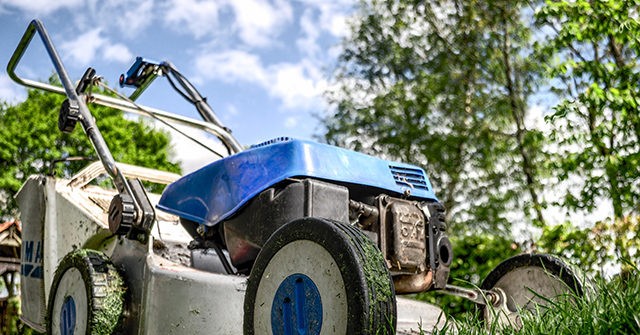 The New York Times reported that lawns Americans are obsessed with "come on the backs of slaves" and now are causing climate change.

It's the New York Slimes.
The people that read it love to be bullshitted.

Where is Clint when WE need him? I bet he will chime in at some point.

Seriously! Mine has some bad comb-over sections!

what is the mater with these folks, they are bat$hit crazy

h3mech said:
what is the mater with these folks, they are bat$hit crazy
Click to expand...

You asked and answered your own question.

They are bat$hit crazy
B

h3mech said:
what is the mater with these folks, they are bat$hit crazy
Click to expand...

They can't win an election on any other issue than to build a coalition of minority groups, all who feel they are put upon by whites peoples, who are defined as the conservatives.
Notice that all depictions of "conservatives" are white males, the media likes to ignore racial minorities, women, etc. so they can run with the narrative of "racist:"

Why is Trump a racist now, in 2000 he refused to run for President on the Reform Party ticket because David Duke was a member of the party.
But he did say he would have had Oprah as his running mate, Oprah for VP.
Because Cummings is black and his district is primarily black, at least the section in Baltimore that was in question, it's racist to tell him maybe he should focus on the problems in his own district instead of muck racking.
The IRS has looked at Trump's tax records and hasn't charged him with any wrong doing. Why do the democrats want them? They just want to create noise.
Unlike other political opponents of democrats, Trump is hitting back. To paraphrase Michelle Obama, "When we go low, he goes lower"

They throw dirt, he throws it right back in their face.