PREMO Member
"We didn't serve anyone alcohol without having food present," said Gardella. "As far as we can tell, it was someone who came into order wings, which we didn't have. We recommended they go somewhere else and that was that."

"The directive that Cuomo had put out was not that you need to have food in front of you at all times while consuming alcoholic beverages. It was: if you are going to go to a bar to drink, you need to order food," he added.

The bar's liquor license was suspended following a charge for violating Cuomo's executive order, and for not having food available - which is required of all licensed establishments. It is one of just seven establishments suspended according to a Thursday afternoon announcement - and the only one from Upstate New York.

Gardella says they not only had food - but their menu had gone viral on social media. 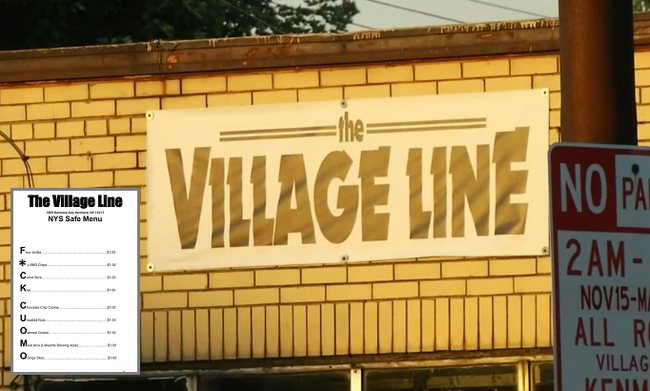 "I can only assume that the governor's thin skin has led him to purposely target The Village Line." 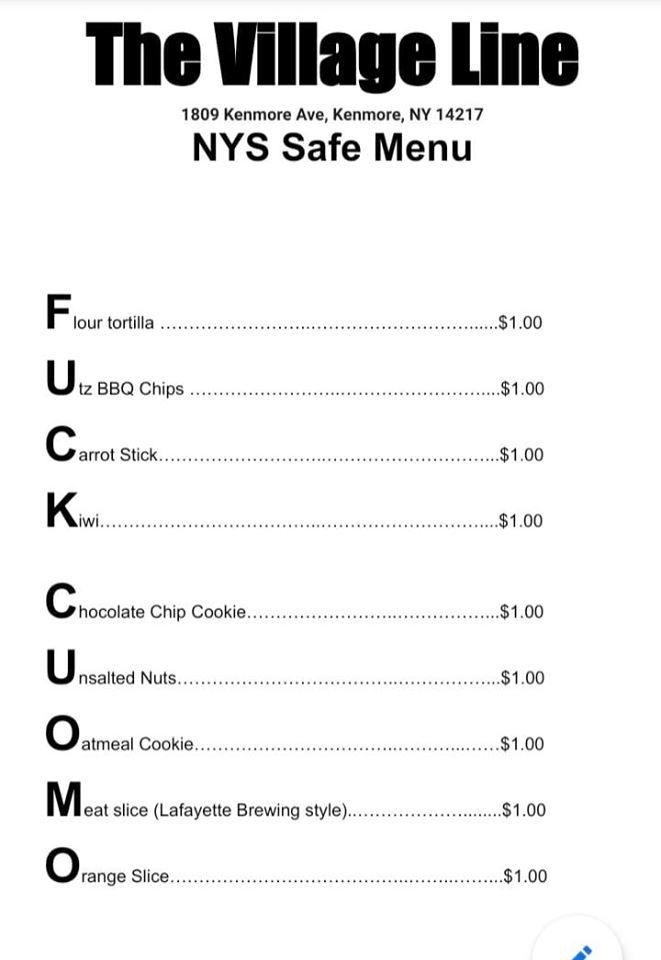