Before arriving at the Patuxent River Naval Air Station the Blue Angel #7 was assigned at the Fleet Readiness Center Southeast (FRCSE). Prior to the FRCSE it was assigned to the United States Naval Test Pilot School here at Pax and VMFAT-101 in California. The Blue Angel also received modifications here at the Patuxent River Naval Air base during its long career. Now after just a 1.9 hour flight the aircraft is back at Pax River only this time it is to retire here.

Amy Davis, Executive Director, described the recent addition to the museum’s flight line as “an exciting new exhibit that will highlight one of the most well known, and highly esteemed programs of the US Navy.”

The incorporation of the Blue Angel on the flight line will honor all those who have worked (and continue to work) on the Blue Angel Program at NAVAIR, as well as inspire the next generations to come. “The arrival of the museum's latest acquisition culminates several months of negotiations. Organizations throughout the Navy were involved with bringing this to fruition and without their support, it wouldn't have ended so successfully.” reflects Clark Jones, the museum’s supervisor of aircraft maintenance.

The Patuxent River Naval Air Museum would like to extend our deepest gratitude to all those who worked diligently to ensure the Blue Angel’s placement at the museum.

Over the next few weeks visitors can expect to see the fenced-in Blue Angel as the flight line maintenance team prepares the iconic aircraft for the view of the general public. During this time the museum asks guests to be respectful and patient of this laborious process. Guests can look forward to the final reveal of the exhibit in six to eight weeks.

About the Patuxent River Naval Air Museum: The Patuxent River Naval Air Museum (PRNAM) serves as the link between the U.S. Navy’s missions at the Naval Air Station Patuxent River (Pax River) and the community defined by those missions. The museum sits in an enviable location with an inspiring story perfectly suited to the technological preoccupations of our era. PRNAM is unique in terms of its collections and mission, which are focused on the research, development, test, and evaluation environment as well as experimental concepts that never made it to the Fleet. The museum also houses artifacts and simulators, films, and books spanning the history of Naval Aviation, as well as 26 one-of-a-kind aircraft. Current hours of operation are 10 a.m. to 5 p.m. Tuesday through Saturday and noon to 5 p.m. on Sundays.

For more information please visit the museum’s website at www.paxmuseum.org 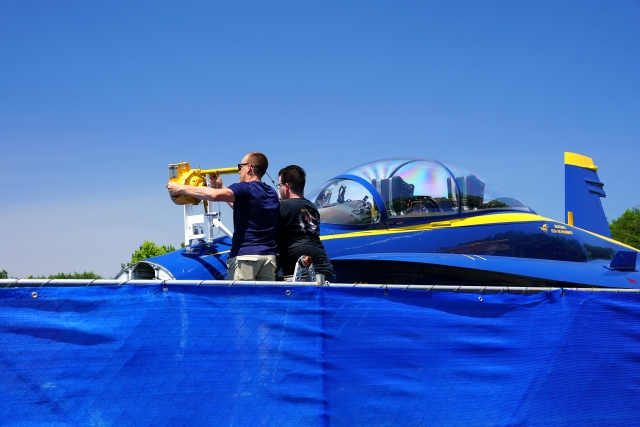 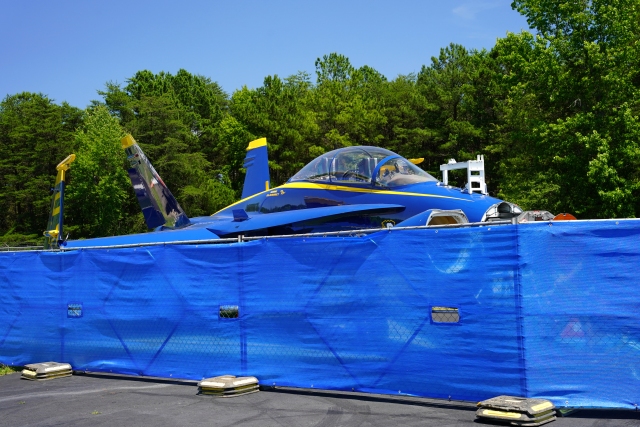