PREMO Member
Visiting with @vraiblonde and @Monello and Apollo, of course! First day in the books and wooo - we did a lot!

I like to fly early in the am. Less room for errors, most people are nicer. (hah)
I also always try to spend the night at a hotel up at BWI so I don't have as far to go in the morning. (1 hr trip on a weekday is a gamble with traffic) So, my day started at abt 5am EDT and I was not in bed until midnight EDT. (11pm here since we are 1 hr behind) Plus, sitting at my boarding gate I heard the a"pre-announcement" about the boarding procedures and did not hear my destination being mentioned! I checked my Southwest app and of course they had changed the boarding gate which I did not realize because I had screenshotted it and not checked for updates. (I won't make that mistake again!) So, with literally less than 15 minutes to spare before boarding - I high-tailed it from gate B10 all the way over to A15 with at least 5 mins until boarding. At least I had the cardio workout I needed for the day.

Vrai met me at the airport -we did a "windshield tour" as we made our eay around town. Hit up Pinepple Willy's for a drinkie and snack, then Muy Wayneo's for a late lunch, I checked into my condo unit at abt 3:30, then we checked out all the amenties and the beach! OMG, this place is an amazing find. (found it thru Trip Advisor!) Muy Wayneos is Tex Mex and we went there 3 years ago when I was there. OMG. So good! I had brisket tacos and only ate 1 with the rice. I took the other one back to my condo, and I can attest to the fact that it is even awesome cold straight outta the fridge! nom.

One of my Ohio cousins and his wife moved here to PCB in 2020 to retire, and a bonus of this trip was to be able to meet up with them. So, last night we went to one of the VFWs they have here. It was Spaghetti Dinner/Karaoke night and that was a lot of fun! We just went for the Karaoke -since we had a late lunch. They didn't have a high attendance, but it eas their first one since the pandemic, I think he said. The numbers of people/snowbirds coming down to PCB have been affected - but Vrai and Monello can speak more to that than I can.

Then, we ended up over at Hammerhead Fred's and a late dinner. I was starved by then! They had a really good band and a LOT of outdoor (covered) seating, too. Good thing - it had rained while we were at the V. It rained a couple of times yesterday but we managed to miss them because we were always someplace else inside when it did. That was convenient! probably won't be so lucky tomorrow, because of IDA churning up the Gulf, but today is a nice day and I think Vrai and I are going to spend part of it at the pool or the beach. Both are right downstairs, so we can choose!

I always like to walk on the beach in the morning before the crowds come. It has become a tradition for me to start my days at the beach this way. I was a little tired when I got up but I knew I had to get out there because I just love it so much! I'll post pics below - this place amazing and I would highly recommend it. 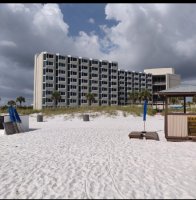 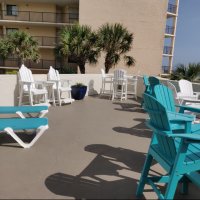 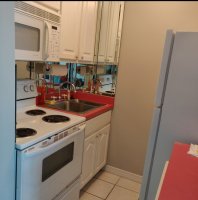 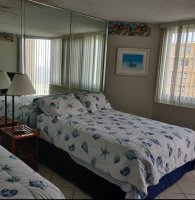 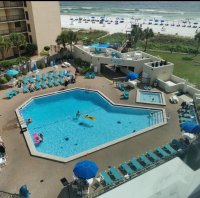 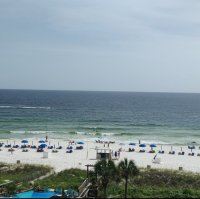 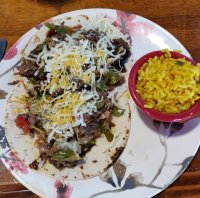 PREMO Member
The pics of the Beach/Gulf and the pool from MY condo unit! This was an amazingly lucky find!!

I don’t see either from ya!

I don’t see either from ya!
Click to expand...

I didn't do any dancing - I did Karaoke. No bikini pics. Not happening.

The night is still young!

PREMO Member
No dancing last night. Well, I danced in my seat when we were at Sharky's listening to the band they had.

I did find myself a Big Hunk, at the candy store, though! 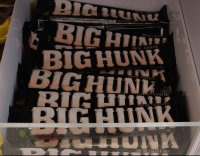 PREMO Member
Patron
She got the best condo! It looks out over the Gulf, super cute, clean, and well appointed. The resort has an awesome pool and the beach access is right there.

vraiblonde said:
She got the best condo! It looks out over the Gulf, super cute, clean, and well appointed. The resort has an awesome pool and the beach access is right there.

...and there WAS a little dancin'!

vraiblonde said:
She got the best condo! It looks out over the Gulf, super cute, clean, and well appointed. The resort has an awesome pool and the beach access is right there.

I DO have a new favorite band!

These guys were super fun and we had a good time listening and chatting it up with them a little during breaks. I really do love ALL genres of music, but my true love is all things danceable. Always has been. ("Top 40's/Pop Music--has a good beat, etc) But I DO so love watching ANY live music. Its fun watching musicians getting into their craft and entertaining others. Especially when THEY are having fun, and are personable, too.

So when these guys (Kindred Spirits) asked for a last request, I jokingly said "How about Brick House?" (laughing) - and I left to go to the ladies room. I totally expected them to laugh me off, because they were playing almost all Southern Country Rock. I didn't realize that @vraiblonde had also (jokingly) said "and she came all the way from Maryland just to hear that!".

I was about to go into the ladies room on the other side of the bar when I heard the beat and some of the chords of the song they were going to play and I stopped in my tracks! WHAT?!! No way! So, I literally danced my way back to where they were playing - I'm sure the folks in the bar area were wondering WTH I was doing -but when Brick House plays - I'm dancing!

I had to capture them on video and they sounded better in person - but I was one happy gal!! (@TPD - so there WAS dancing, but I was taking the video, so you can't see it!)
LINKY:
You must log in or register to reply here.
Share:
Facebook Twitter Reddit Pinterest Tumblr WhatsApp Email Link
Top