Staff member
ANNAPOLIS, MD—Earlier today, Governor Larry Hogan and First Lady Yumi Hogan met with an Afghan interpreter who assisted the U.S. military as a cultural advisor and translator. He and his wife recently resettled in Maryland as part of the Special Immigrant Visa program for Afghan allies. 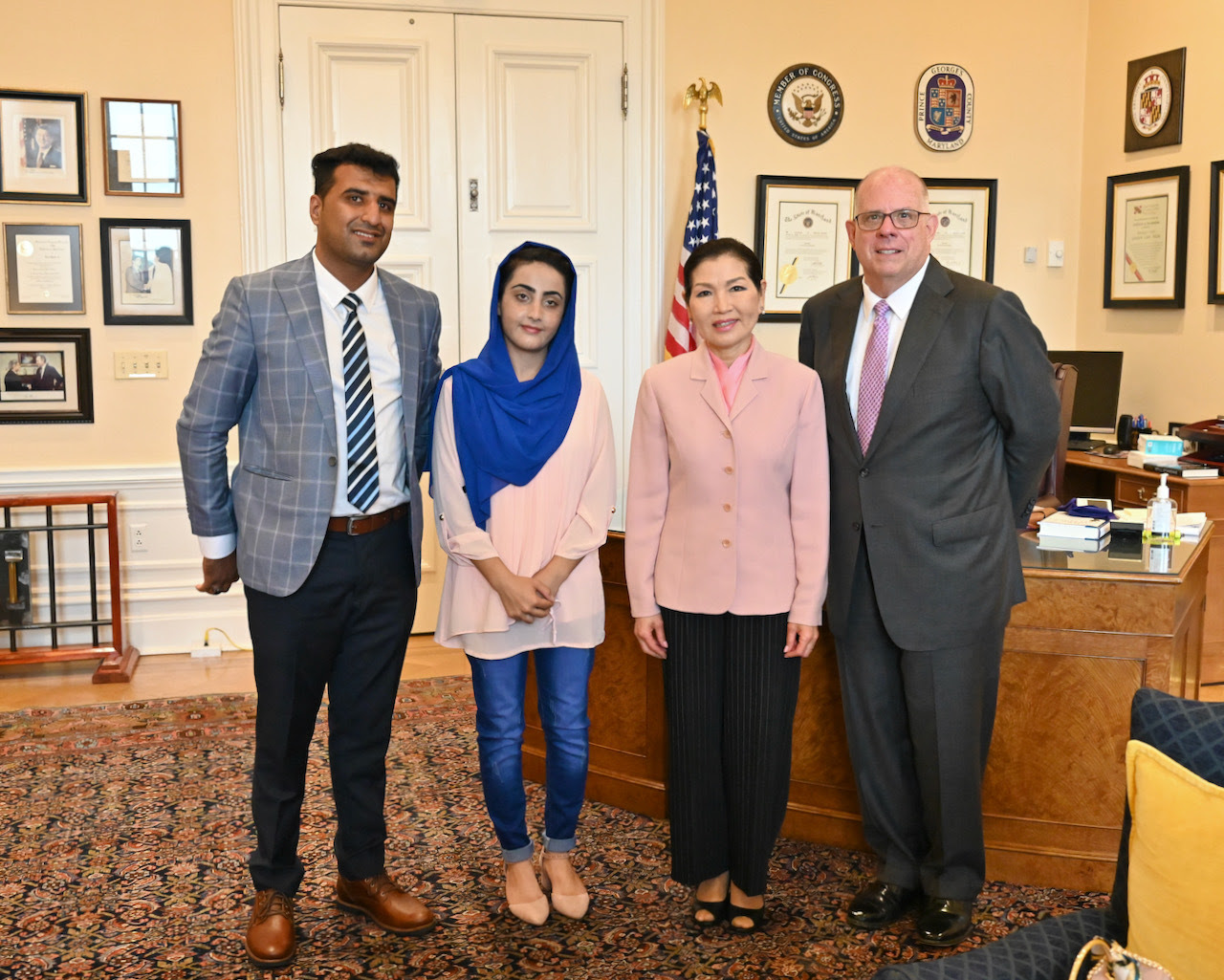 Photos from the meeting are available on Flickr.
Media b-roll is available on YouTube.​
“When America began its withdrawal from Afghanistan, I made clear that Maryland was ready and willing to welcome these Afghan allies,” said Governor Hogan. “Many of these Afghan citizens bravely risked their lives to provide invaluable support to our efforts as interpreters and support staff, and we have a moral obligation to help them.” 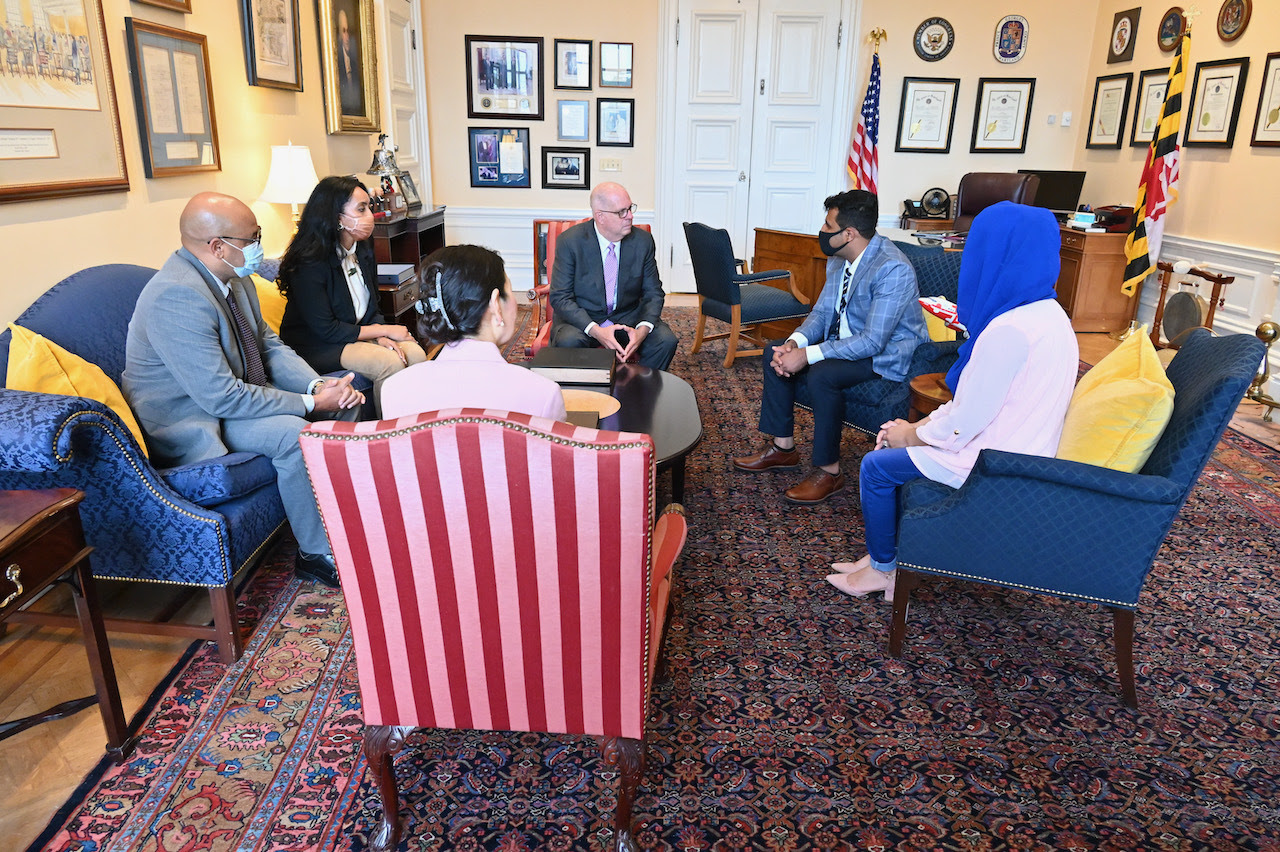 Representatives from the Lutheran Social Services of the National Capital Area, which is assisting the couple with resettlement, also took part in the meeting. 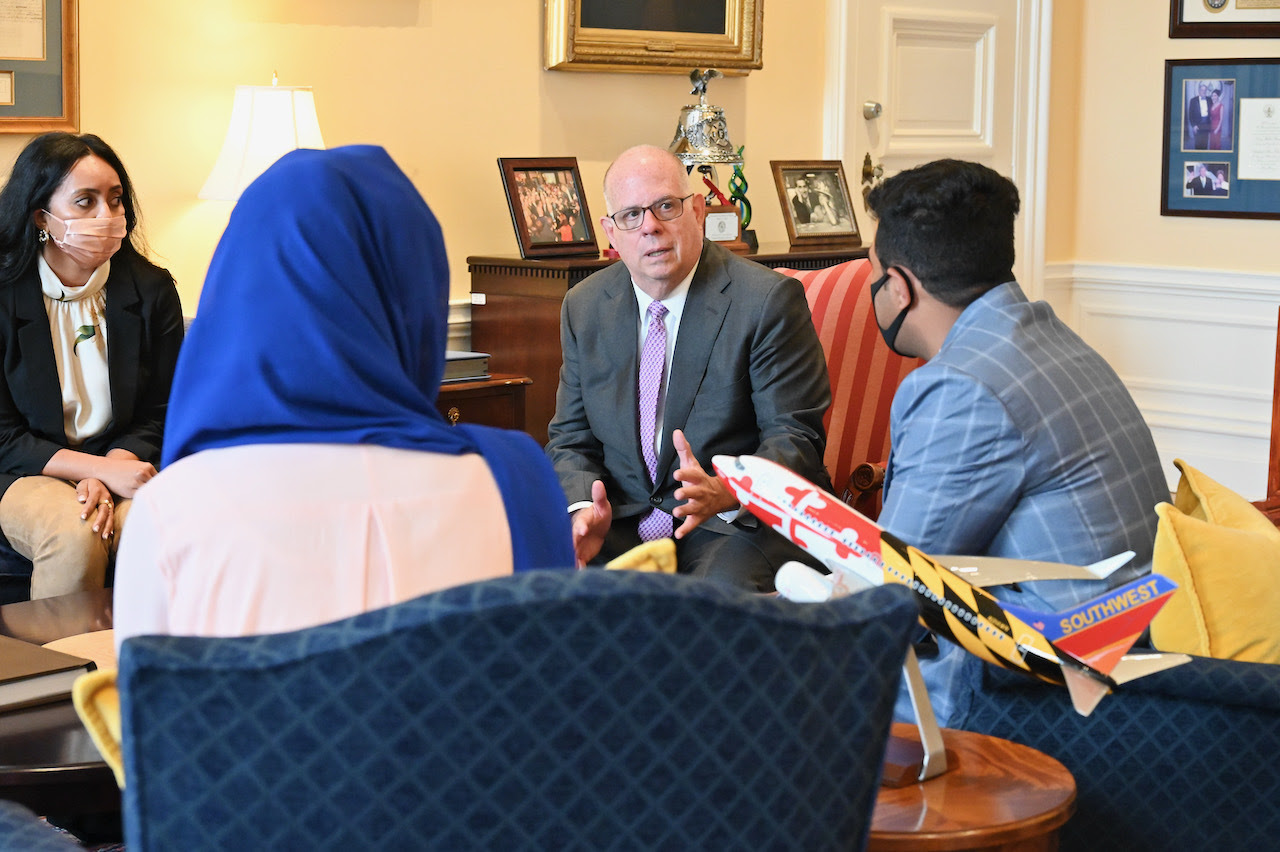 Maryland ranks fourth in the nation for accepting special immigrant visa (SIV) holders. Resettlement is led by the Maryland Office for Refugees and Asylees (MORA), a division of the Department of Human Services (DHS). Earlier this week, the governor announced that Maryland has joined Welcome.US, a national initiative to mobilize Americans to welcome and support the resettlement of Afghan allies in the United States.