ANNAPOLIS, MD—Governor Larry Hogan today continued his trade and economic development mission to Asia, meeting with the leadership of Hitachi and the Japan External Trade Organization (JETRO) in Tokyo, and discussing the Memorandum of Cooperation (MOC) between the State of Maryland and Japan with the State Minister for Foreign Affairs. Meeting With Executive Chairman of Hitachi. Governor Hogan began the day by joining Higashihara Toshiaki, the executive chairman of Hitachi, for a breakfast meeting to discuss Hitachi’s recent major investment in the State of Maryland. In March, the global provider of rail solutions announced that it is establishing its new railcar manufacturing operations in Washington County as part of a major U.S. expansion. Hitachi will build a $70 million, 307,000 square-foot facility in Hagerstown, which will create up to 460 new full-time jobs and help sustain 1,300 jobs in the region. 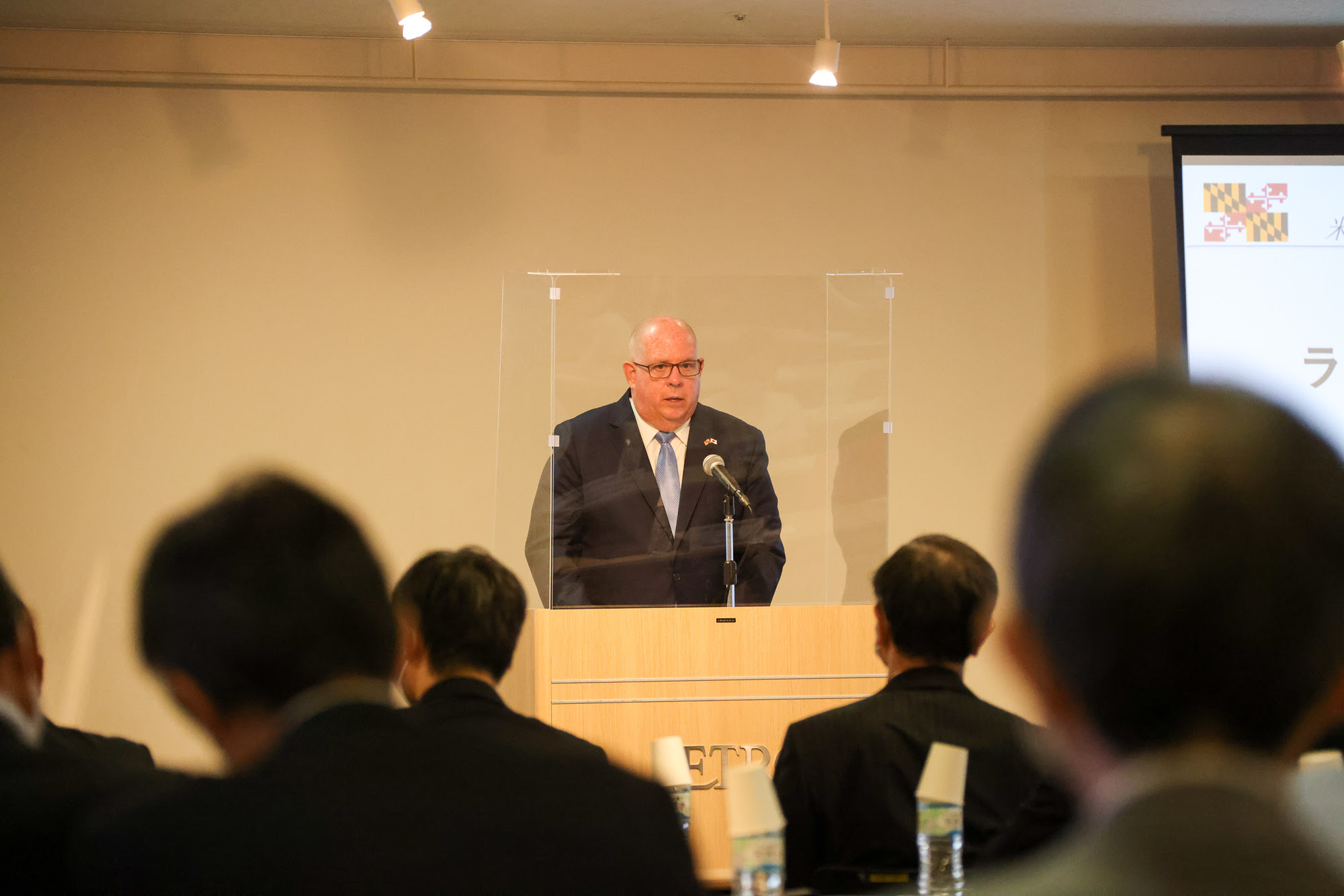 Maryland Investment Seminar with JETRO Leadership. Later this morning, the governor met with JETRO Chairman Sasaki Nobuhiko at JETRO’s headquarters in Tokyo before delivering remarks at a special seminar highlighting Maryland as an ideal location for foreign investment. Established in 1958, JETRO is a government-related organization that works to promote foreign investment into Japan and support Japanese small businesses entering the global market.

“The State of Maryland truly is open for business, and we will continue to do everything in our power to do more business with our friends in Japan,” said Governor Hogan. “We are ready to provide a soft landing for companies that want to explore the market, make connections, and build relationships with American businesses.” Meeting with State Minister for Foreign Affairs. This afternoon, Governor Hogan discussed the current MOC between the State of Maryland and Japan with the State Minister for Foreign Affairs Yamada Kenji. In 2019, the governor welcomed former Japanese Ambassador to the U.S. Shinsuke Sugiyama to the State House in Annapolis to sign and renew the MOC, which highlights the regions’ continued commitment to promoting opportunities for trade, investment, life sciences collaboration, academic exchanges, and information sharing.