vraiblonde said:
I feel ya.

Historically, you have to be willing to hang. Regret that you have but one life to give for your country, yadda yadda. Most people aren't going to do that, but historically most people didn't do it either - it was a small cadre of revolutionaries that overthrew dictators while the citizenry cowered in their hovels.

But honestly, this isn't the first time the US has been in this situation, and I'm not even talking about the Revolutionary War or any of that. We have had corrupt politicians and tyrants since our country was born. We've had yellow journalism since mass communication was invented. What's happening right now in this country is nothing new, it's just now it's happening to us and not our ancestors. Also we have mass communication for everyday goobers to spew their idiocy. No doubt if there were Twitter back in the 60s or the 30s or the 1860s we'd look at those tweets and be like, "JC, you freaking people!"

One thing to remember:

The chaos and tyranny is largely happening in major metro areas, so that's where the revolution must start. Places like PCB and New Braunfels and Branson and Lincoln and Rapid City aren't experiencing lockdowns and masking and political tyranny, so they're not going to be inclined to take up the fight on behalf of Chicago, SF, and NYC. I know I wouldn't. I'll stand my ground to defend my home, but I'll die and go to Hell before I'll lift a finger for some dumbshit in Baltimore who will not only not appreciate it, they'll actively work against me because they WANT to be wards of the state.

Given that, there's a large part of me that's like, "Good. That's what those people deserve." Unfortunately that sort of thing has a way of spreading, and now we're seeing fascists like AOC, who reps a tiny little burg of no consequence, having a major voice in our government thanks to her promoters in the Marxist media. And we have a "President" who is a puppet of the Marxists and does the bidding of those who want to destroy our country.
Click to expand...

You couldnt even define Marxist.

So by the same token do you say good those people deserve to die of they choose not to get vaccinated?

Why do you hate your fellow americans so much and do you realize that is exactly what the GOP wants becaue they have no platform, ideas or policy so they constantly throw out these idiotic social issues to distract yoa and get you angry?

Bayscrapper said:
So there were no arrests during the BLM protests?. By your logic 100's of Maga's should have been arrested during those protests

You are argument makes no sense 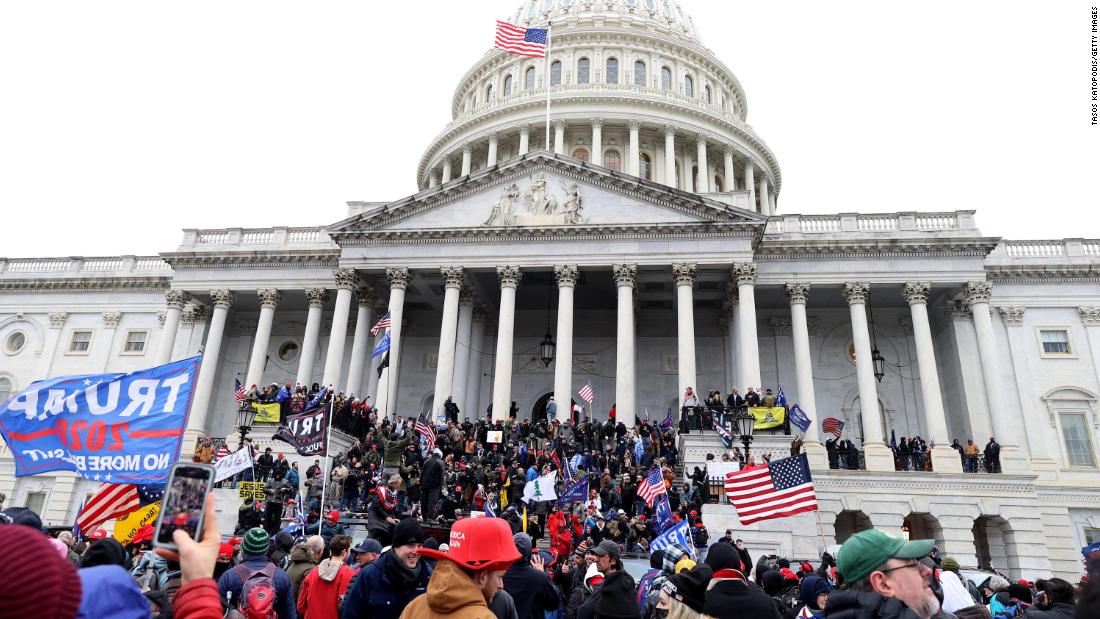 Washington, DC's Metropolitan Police Department made roughly five times as many arrests during the height of last June's Black Lives Matter protests compared to the US Capitol insurrection on Wednesday, a CNN analysis of the police department's data found.

Try again! More than 500 arrested over the Jan 6th issue because the FBI went looking for them. How many BLMers did the FBI go after based on videos posted on social media? How many BLMers are still being held in jail?
B

Hijinx said:
How can you be so well informed about a police officer who was assaulted and not know about the ANTIFA that were present.
Ya know what you aren't that stupid and I know it. You know about their presence there all right and you are now a known purveyor of untruths, and you go back in the Ignore section with you other lying titles.

Why have over 500 MAga's been arrested and no Antifa or BLM?

You know there is tons of available video footage of the event and body cam footage right?
B

TPD said:
Try again! More than 500 arrested over the Jan 6th issue because the FBI went looking for them. How many BLMers did the FBI go after based on videos posted on social media? How many BLMers are still being held in jail?
Click to expand...

There were over 300 arrests during the BLM protests but none during the capitol insurrection because they weren't there.

Are you really that dense?

TPD said:
So give me some ideas on what to do. If I organize something based on your ideas you better damn well be there behind me to support the cause - Don’t leave me hanging out there like a big matzah ball!!
Click to expand...

BayCrapper believes in the power of the vote, or run for office yourself...
Apparently, 2020 renewed his faith... after he declared 2016 was rigged...

And according to most, those are your only choices....everything else will get you arrested!!!


Then we'll say something about revolutionaries, Founding Fathers, Trees, Liberty...while subjugating ourselves to manna & the elitists...for fear of being arrested

Gilligan said:
It's the only response a turd bird like scrapper deserves. GTFOH is perfect.
Click to expand...

It's the only response a turd bird like scrapper deserves.
Thank you!

Oh so scrapper was on ignore and I crapped on the wrong person.....I miss so much with all the tards on ignore !


Bayscrapper said:
Why do you hate your fellow americans so much
Click to expand...