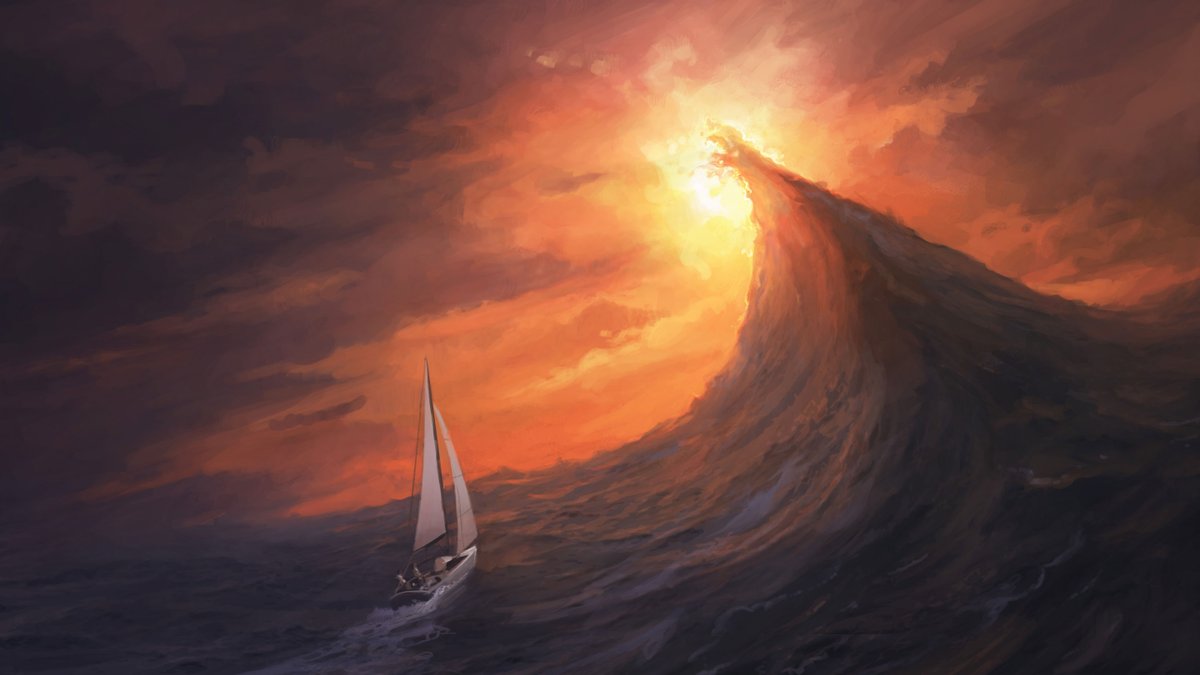 Rogue waves—enigmatic giants of the sea—were thought to be caused by two different mechanisms. But a new idea that borrows from the hinterlands of probability theory has the potential to predict them all.

Rouge wave? Dang it, I thought this was about militant lipstick lesbians, with photos...

PREMO Member
Neat stuff..if you are a marine engineer that loves statistics...

Saw this....I sure spent a lot of time in that testing facility over the years..

Next came physical waves. The mathematicians approached Miguel Onorato, a wave physicist at the University of Turin in Italy. He had spent the early 2000s recreating rogue waves in one of Europe’s largest wave experiments — a nearly 270-meter-long flume in Norway — where he showed that some outliers developed linearly, some nonlinearly, and some in both ways.
Click to expand...

PREMO Member
Bwa ha haa..there it is. I knew there had to be some reference(s) to the perpetual argument over how to accurately predict anything that exhibits any non-linear behaviors using methods based on the assumption of linearity.

Others find it less novel. Fedele says that it represents a rediscovery of results he published in 2007, in which he extended a statistical approach developed by the oceanographer Paolo Boccotti. The authors of the recent research believe their work more fully encompasses nonlinear behavior.
Click to expand...

This is all part of what takes up most of the engaging and fascinating dinner conversation I used to make on a first date. I still can't figger out why most of them ghosted me afterward.

I have experienced them on large ships they can be very nasty and kill you out of the blue especially the deck pukes. My engine room seldom got wet, sideways with a lot of hot pipes and such on occasion.

Bonehead said:
I have experienced them on large ships they can be very nasty and kill you out of the blue especially the deck pukes. My engine room seldom got wet, sideways with a lot of hot pipes and such on occasion.
Click to expand...

I was not on board when it happened, but one of my colleagues was. An experimental high-speed vessel, that was Navy crew but supported underway by us for the technical systems*, was on a deployment to visit a bunch of NATO allies "over there" when they encountered a rogue wave. Don't recall where exactly...off the coast of France or Spain, I believe it was. Anyway, it was described by those on board as akin to falling off a cliff and then hitting a brick wall.

*inside joke: We came to the conclusion, after several deployments, that our rep's onboard support of technical systems consisted mostly of "satisfying the critical urges of soft personnel". But I digress...
Last edited: Jun 15, 2021
You must log in or register to reply here.
Share:
Facebook Twitter Reddit Pinterest Tumblr WhatsApp Email Link
Top