Amid GameStop’s explosive rally, short sellers have accumulated losses of more than $5 billion year to date in the stock, including a loss of $917 million on Monday and $1.6 billion on Friday, according to data from S3 Partners.


Short seller Andrew Left of Citron Research said Wednesday he has covered the majority of his short position in GameStop at a loss. He previously said GameStop will fall back to $20 a share “fast” and called out attacks from the “angry mob” that owns the stock.

Investor Michael Burry said in a now-deleted tweet Tuesday that trading in GameStop is “unnatural, insane, and dangerous” and there should be “legal and regulatory repercussions.” Burry shot to fame by betting against the housing bubble and was featured in Michael Lewis’ book “The Big Short.”

Social Capital’s Chamath Palihapitiya is among those who jumped into the stock, saying in a Tuesday tweet that he bought GameStop call options betting the stock will go higher. His tweet seemed to intensify the rally in the previous session. The stock ended the day 92% higher at $147.98.


The hype generated by r/wallstreetbets helped create what’s known as a “short squeeze” on GameStop’s stock. A short squeeze works like this: some investors, known as shorts, essentially bet that a company’s stock will fall. These investors borrow stock from other investors and sell it — with plans to buy it back when the prices fall and then return it to the original owner. However, the problem with shorting is that one’s losses are theoretically infinite; if a stock begins an upward run, some short sellers will abandon their short and buy shares at the higher price to return. This, in turn, makes the stock go higher, burning any other shorts who remain in the stock, some of whom may, in turn, choose to cover their own shorts.

GameStop is the most-shorted stock in the market, CNBC said, citing FactSet. More than 138 percent of its shares are sold short — making it a prime target for a short squeeze. GameStop’s Reddit-related surge triggered a circuit breaker stoppage when it rose 69 percent (nice) on Friday around 12:45PM ET.

Citron said Friday it would no longer comment on the GameStop stock because of “the angry mob who owns this stock.” Citron Research editor Andrew Left wrote in a note to readers that the backlash had included criminal activity he planned to report to the Securities and Exchange Commission, which included harassment of minor children as well as financial crimes.

GameStop sitting amongst Tesla and Amazon after reddit users make it a Fortune 500 company
Today, stock traders are PISSED.

What you see here is people fighting back. CNBC's David Faber said he is hearing a number of hedge funds are in similar trouble that Melvin Capital saw in its GameStop $GME and may need to be bailed out. 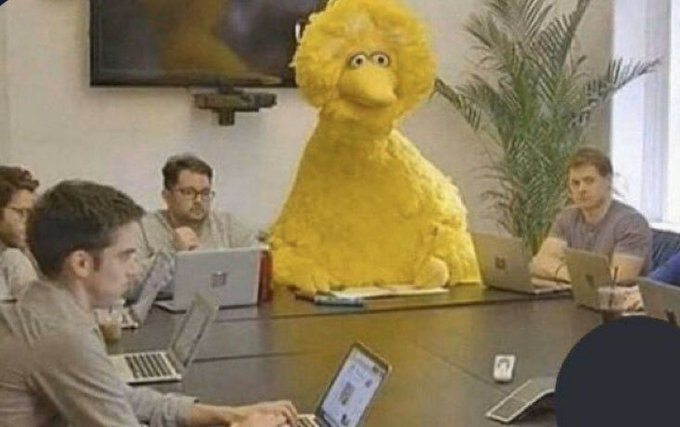 Pelosis bought up to $1M worth of Tesla options at $500 ahead of Joe Biden's announcement that he is transitioning the US fleet to electric vehicles Now that everyone's watching the Stock Market, maybe we can finally have a discussion about rampant insider trading in DC

The hedge guys remind me of spokesmen for the gas pump jockey Union....

PREMO Member
I just spoke with my broker in San Francisco. He said there is a LOT of crap going on with Tesla and more so with GameStop. He didn't advise buying GameStop stock, but he's going to purchase a few shares of Tesla for me in the morning.

PREMO Member
AMC and Blackberry are also being played

PREMO Member
Is this a high tech version of OWS?

RoseRed said:
I just spoke with my broker in San Francisco. He said there is a LOT of crap going on with Tesla and more so with GameStop. He didn't advise buying GameStop stock, but he's going to purchase a few shares of Tesla for me in the morning.

Hmmm, nothing out of the ordinary going on with Tesla, its' certainly not related to the Gamestop deal. Teslas shorts have all been burned out down to the roots over this last year. Even the most ardent gave up and covered their shorts. It's down now like the rest of the market based on the hedge funds having a selloff party to pay for covering the short positions like Gamestop. Now down more post market because while every single number in the report was up year over year, and they nailed all internal targets, they missed what the analysts said they thought Tesla would earn in profits. Still made .80 cents a share in profit, but the analysts thought they would make over a buck a share. Maybe not a bad idea to buy a few. Its really all episode these next few years.

PREMO Member
It’s only a few shares. It won’t make it break me.

Amc and blackberry is next

No worries, according to Jen Psaki, the Treasury Secretary is a woman and has her eye on it.

I've had 500 shares of BlackBerry for a long time, right now I can finally break even on them.

Tesla missing earnings is a big deal, a significant portion of their earnings is selling clean energy credits.

stgislander said:
BlackBerry is still a thing?!!
Click to expand...

Guess it is...coulda fooled me, thought they went under 5 years ago

stgislander said:
BlackBerry is still a thing?!!
Click to expand...

Grumpy said:
No worries, according to Jen Psaki, the Treasury Secretary is a woman and has her eye on it.
Click to expand...

I know wasn't that about the dumbest thing you have heard at least today?

Hedge funds have manipulated stocks for decades by heavily shorting stocks and now that regular everyday people are doing it, the hedge funds are losing. Now the powers that be want to halt trading and WE everyday white people working regular jobs are white supremacist?

Now we watch and see want Biden will do.

Wish I had bought Gamestop, AMC and blackberry a few weeks ago.

^^^ What I have preached on here several times. The Democrats want us racially divided because by doing so, that makes us weak when the truth is... we are all scum sucking shits they don't care one iota about.