PREMO Member
In a Los Angeles Times column published Monday, Aslan wrote: “I’ve spent my entire career trying to help non-Muslims in the West understand Islam as a religion, a culture and an ideology. For years I was the friendly face of Islam on cable TV, the guy making jokes on Jon Stewart and getting into arguments on Fox News, trying to reframe Americans’ perceptions about my faith and culture. My first book, ‘No God But God: The Origins, Evolution, and Future of Islam,’ became an international bestseller. I really thought I was making a difference.”

Reza Aslan, a notoriously hateful and unhinged far-Left ideologue, was never the friendly face of anything. As arrogant as he is hate-filled, Aslan cannot understand why Americans after 9/11 remained wary regarding jihad attacks and chose to believe their lying eyes rather than his assurances that Islam was peaceful: “But at some point, I realized I wasn’t. Five years after 9/11, in 2006, negative perceptions of Islam were far higher than they were in the immediate aftermath of the attacks. Ten more years later, in 2016, the U.S. set a record for anti-Muslim hate crimes.”

In fact, he admits that none of the efforts to hoodwink Americans in the face of 40,000 jihad attacks worldwide since 9/11 had any significant effect: “Now, 20 years after 9/11, it is difficult not to conclude that all the college courses and cable news discussions, the bestselling books and viral videos — none of it made much of a difference in how Americans viewed Islam.” 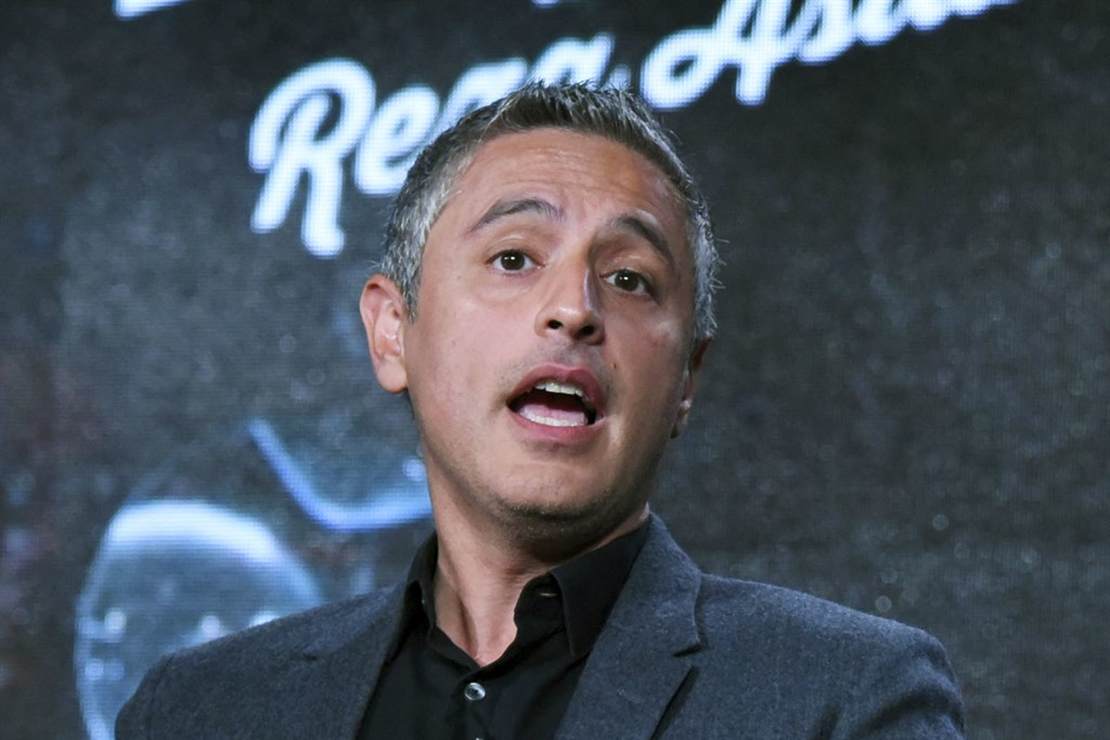 The suspicion some Americans have of Islam comes from jihad terror, not from bigotry. Americans know this, despite the best efforts of people like Reza Aslan.


IIRC this is the guy who ate human brain

GURPS said:
Aslan wrote: “I’ve spent my entire career trying to help non-Muslims in the West understand Islam as a religion, a culture and an ideology.
Click to expand...

Every thing I learned about islam was from the lessons I got from:

The only thing these deadly events have in common is islam. Minus islam/muslims things are much calmer and peaceful. Areas with lots of muslims are violent hellholes that all non muslims should avoid.


Never happen, you cannot make fun of Muslims like you can White Christian Males ... and what is funny about a guy beating his buirka clad wife or honor killing his daughter for becoming westernized

Anywhere they set up a Minaret and broadcasting speaker to chant out their prayers....BECOMES THEIRS.
So naturally they are a bit frustrated that this doesn't seem to be happening on media too.

Infidels are supposed to cower & submit to their ONE TRUE way and it seems odd, that this isn't happening except in places where their core population is over 20%. Plenty of places in Europe have rolled over and submitted to Shariah and they pay the Jizrah daily.

well, maybe he just stole my sillyazz banter post from a few days ago...


Repost:
"Some of us remember "genre TV" shows over the years. Back in the 50's it was Cowboy/Westerns, then cop shows like M Squad, Dragnet, Naked City, the Untouchables, then WWII shows like Combat and Gallant Men, even McHale's Navy... Spy shows followed like Mission Impossible and Get Smart.

"The Man from Taliban" a made for TV show, stars "Stan" (Like Kurdistan, Afghanistan, ) who infiltrates White Supremacists groups from Trumpville, a mid-western mythical city in a State that starts with an I, bringing them to "Crazy Yuseph" and his female mandingo, "Kamelastan".

I can see drama, but no humor, as humor is an infedelian sin!! "

comcast just aired a commercial that Sheikhs ride Harleys, play basketball and actually have meals!!! comcast says we should love them.

i love them already.

I do grow increasingly annoyed at how ensemble cast shows HAVE to have certain couples, groups, persons. You must have at least ONE gay couple, you must have a racially diverse - and I mean DIVERSE - cast. That's not a bad thing - I have a very diverse immediate family - but it wasn't done ON PURPOSE. That's the way people form social circles - they don't LOOK for friends to create diverse patterns. They look for commonality.

Women, LGBTQ and minorities can never be cast as idiotic or villains unless they espouse a poitical or social viewpoint the writers don't care for.

I get more and more annoyed at shows where the entire episode is clearly a sermon about some issue, and one side is portrayed as the RIGHT one, and everyone on the other side is an irrational idiot. I knew that the writers of "The Good Wife" were very liberal, but often they did cast a person holding right wing views as reasonable, and having reasonable explanations.

In years past - networks tried to cash in on what was popular in the movies and vice versa - the 50's nostalgia in the 70's brought us Happy Days and Grease and American Graffiti. Shows about the Vietnam War. About swashbuckling Indiana Jones types. Late 70's, shows tried to cash in the popularity around "Animal House" with college shows. Late 80's shows brought on by the popularity of "Ferris Bueller".

You made shows to entertain and sometimes, give food for thought. It's when they were PREACHING I got tired of it.
H

No matter what they do with their TV show to caste blacks in a positive light there are shows like Maury Povich and other that put them on in another light. Fighting, Adultery, showing women having sex with multiple men and getting pregnant, Fathers who deny paternity. As long as show like Maury persist with black people and ignorant whites begging to get on those shows and make fools of themselves and a studio audience cheering them on we see black people and ignorant whites negating all of the social viewpoints the TV people are trying to espouse.

GregV814 said:
"The Man from Taliban" a made for TV show, stars "Stan" (Like Kurdistan, Afghanistan, ) who infiltrates White Supremacists groups from Trumpville, a mid-western mythical city in a State that starts with an I, bringing them to "Crazy Yuseph" and his female mandingo, "Kamelastan".
Click to expand...

There already is a show on CBS about a Taliban Interpreter.

United States of Al is an American television sitcom created by David Goetsch and Maria Ferrari. It stars Adhir Kalyan and Parker Young, with Elizabeth Alderfer, Kelli Goss, Dean Norris, and Farrah Mackenzie in supporting roles. The series follows Al (Kalyan), an interpreter from Afghanistan who moves to Columbus, Ohio with his friend Riley (Young), a veteran of the United States Marine Corps.
Click to expand...

Sneakers said:
There already is a show on CBS about a Taliban Interpreter.
Click to expand...

Very interesting show tonight. The interpreter that was stateside with his Marine sponsor going thru the trauma of getting the interpreter's sister out of Kabul during the Taliban takeover. A very different perspective than you get from the news.
You must log in or register to reply here.
Share:
Facebook Twitter Reddit Pinterest Tumblr WhatsApp Email Link
Top