No, this probably does NOT belong in this domain, BUT

What a difficult job now. The days of a "department store Santa" are lonnnnnng gone. If you see a jolly fat man in a red suit walking thru WalMart, it's probably a WalMartian on about 1200 cell phones photo albums and countless social medias.
Abdul at the 7-11 may have a picture of Santa on an old ad for Coke, but that's about it.
So, these days, would Santa have tattoos? A blue beard? Rainbow eyelids? What about a Santess?
Can you imagine a progressive plopping an "undeveloped non binary human" on Santesses lap? And if Santess addresses the underdeveloped human with the wrong pronoun?? Oh no!!!
And being a stay at home Santa brings on new problems too. 1) Although Progressive Santa's are probably non-existent. They tell the underdeveloped human that only white privileged human believe in such nonsense. 2) But what toys and gifts to bring down the solar panel eco-green habitat??? Organic granola? Eyebrow studs? Don Lemon eyewear?

A sleigh and oppressed animals flying thru smog??? Are you kidding me??? 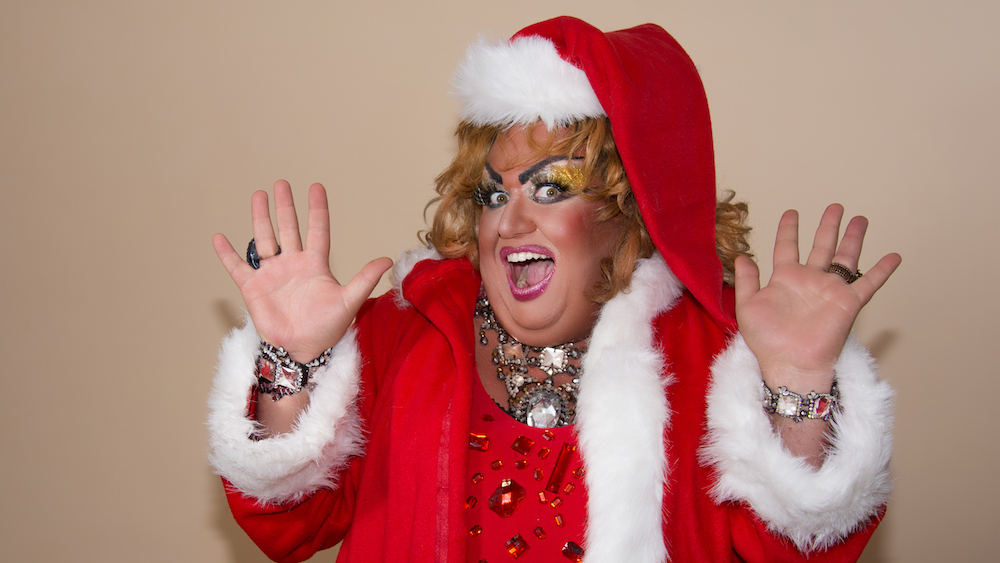 I thought John Candy passed away.

PREMO Member
Tell the truth Greg, you got a seasonal job at the mall didn't you?

I didnt' see that at first. Nice catch.

Kyle said:
I didnt' see that at first. Nice catch.

Seeing a famous person's face in someone else is my superpower.

I thought it was Divine from the John Waters movies.