School boards = enemies of the People 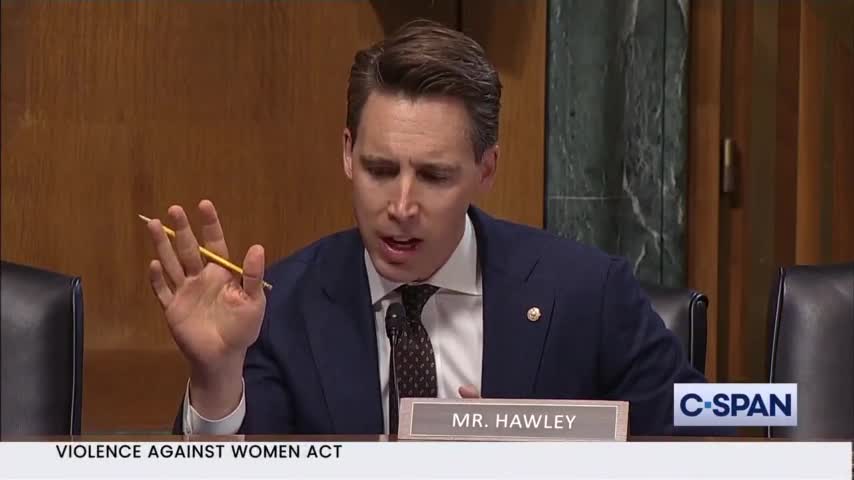 Hawley, standing up for the people!


Sen. Rand Paul (R-KY) says Americans should “be afraid of your government” following an announcement from the Department of Justice (DOJ) that the FBI would begin to investigate alleged “threats” against school officials, a move that comes as parents have been voicing opposition to Critical Race Theory and mask mandates.

“Moms at school boards are being told that they’re criminals, potential domestic terrorists, for the crime of dissent, and I think criminalizing dissent is something that we should all be appalled with,” Paul said Wednesday on Fox News.

Host Ben Domenech asked the senator what he would say to Americans worried that “if they go to their local school board and say the wrong thing, that they’re going to end up on some list that Merrick Garland goes after.”

“I would say be afraid. Be afraid of your government,” Paul said.

The Republican letter, issued Thursday, takes Garland to task for a “recent announcement that you intend to mobilize the Department of Justice (DOJ) to address the ‘threat of violence against school administrators.’ Your decision comes after the National School Boards Association (NSBA) sent a letter to President Biden referring to parents’ concerns regarding critical race theory in the classroom as ‘propaganda’ and asserting that education leaders are being threatened by ‘domestic terrorism.'”

Roy has led the way in efforts to curb the teaching of Critical Race Theory in schools, introducing, along with 26 other House Republicans, the Combatting Racist Teaching in Schools Act, which would keep “American taxpayer dollars from going to any school that promotes critical race theory (CRT),” per a statement on the measure. He has also spoken out forcefully on the teaching of CRT or CRT-tangential concepts in public schools.
O

Will all of the illegal immigrant children be going to public schools? That's a real question. Classrooms are already overcrowded.
(when they can go to school).

This nonsense would be a way to make room for those children.
Last edited: Oct 8, 2021
H

Our schools from Kindergarten to PHD in college are not teaching the basic, they are taking over the minds of our youth with their liberal and Marxist agenda. Conservative teachers are being driven out of the system.
P

ontheriver said:
Will all of the illegal immigrant children be going to public schools? That's a real question. Classrooms are already overcrowded.
(when they can go to school).

This nonsense would be a way to make room for those children.
Click to expand...

I'm sure they'll overrun our schools and their cultures will be more garbage that will be added to the radical leftist indoctrination. If it's not stopped soon, English will cease to be our native language as will core American values.

PREMO Member
How left-wing protesters are justified, but angry moms are ‘domestic terrorists’


CNN’s Ana Navaro and Kirsten Powers suggested Sinema deserved the harassment because of her political position. One New York magazine writer rationalized the provocation “[a]ggressive protest tactics” were merely “symptom” of a bigger larger problem: “When people are shut out of a supposedly democratic process, they have no choice but to agitate. The Senate is a broken institution, one that is hidebound by archaic rules like the filibuster.”

The notion that Sinema, who won her state by a larger margin than the president, is usurping democracy by bucking her party, is laughable. Sinema is suppose to represent Arizona, a moderate swing state, not the desires of socialists like Bernie Sanders and Alexandria Ocasio-Cortez. And imagine if GOP activist had followed a Democratic senator into a bathroom — the left would be calling for them to be arrested.

Which brings us to Attorney General Merrick Garland’s unconscionable directive to the FBI and U.S. Attorneys’ Offices to investigate parents who are protesting school boards over critical race theory and mask mandates. The National School Boards Association had asked for federal assistance for recent threats against educators, likening it to “domestic terrorism.”

If parents are threatening school board members with violence, then absolutely the police should be called. But it’s not a federal case. It doesn’t justify Garland announcing that the FBI would have “strategy sessions with law enforcement” and will announce new measures to respond.
P

I wonder if the Mayor of Hudson Ohio is going to get censured for doing his job by standing up for all parents both Republican AND Democrat and threatening criminal charges against the school board if they didn't resign for promoting pedophilia?

The Lefties need to wake the hell up and realize they're just a bunch of monkey's taunting a den of sleeping lion's!

GURPS said:
If parents are threatening school board members with violence, then absolutely the police should be called. But it’s not a federal case. It doesn’t justify Garland announcing that the FBI would have “strategy sessions with law enforcement” and will announce new measures to respond.
Click to expand...

While recognizing “alarming incidents and comments which extend beyond civil civic discourse” at school board meetings, the Florida School Boards Association (FSBA) said the NSBA letter called for “federal overreach” and should be retracted.

“Several elements of your letter run counter to the tenets embraced by the FSBA, and this communication has caused serious concerns, conflict, and consternation for many of our members within the FSBA,” the FSBA wrote in an October 11 response. “Not only has it unnecessarily distracted from the important work being carried out by our members, it has strained important local and state collaborative relationships our members have worked hard to build and maintain for years.”

In addition to Louisiana, Virginia, and Pennsylvania, the Florida school board association has also denounced the toxic Garland memo


Attorney General Merrick Garland stepped way over the line in ordering the FBI, among a host of other DOJ divisions, to interfere with America’s parents’ Constitutional rights to peacefully protest and to demand answers from elected, taxpayer-funded school boards regarding their children’s education.

If the intent of his infamous memo was to frighten or intimidate parents, Garland must be shocked to his core by the intensity of the pushback.

It’s one despicable, dishonest thing to spin the events of January 6th into some sort of “war on domestic terrorism,” and it’s quite another to attack parents who are protecting their children. Parents will literally and without a second thought sacrifice themselves for their children, so it’s no surprise that rather than being silenced by Garland’s corrupt bullying, parents are pushing back. Bigly.

Despite desperate attempts by the Democrat media arm to contain the fallout with blatantly and intellectually dishonest “fact checks,” school board associations are also starting to push back.

WaPo “reporter” Salvador Rizzo wrote the “fact check” and started it off by listing the quotes from the GOP politicians who he then tried to debunk:

“Attorney General Garland is weaponizing the DOJ by using the FBI to pursue concerned parents and silence them through intimidation. Florida will defend the free speech rights of its citizens and will not allow federal agents to squelch dissent.” – Florida Gov. Ron DeSantis
“Frankly, I don’t think we’ve ever seen anything like it in American history. … Are you aware of any time in American history when an attorney general has directed the FBI to begin to intervene in school board meetings — local school board meetings?” — Sen. Josh Hawley (R-Mo.)
“Merrick Garland says he’s going to use the Justice Department to spy on parents at school board meetings.” — Rep. Jim Jordan (R-Ohio)
“Who would have ever thought that you would have an American president make a decision to leave Americans behind in Afghanistan now directing the DOJ to try to silence parents and actually separate parents from what their children can do inside schools?” — House Minority Leader Kevin McCarthy (R-Calif.)

WaPo “reporter” Salvador Rizzo wrote the “fact check” and started it off by listing the quotes from the GOP politicians who he then tried to debunk:
Click to expand...

Does this post mean that The Washington Post actually supports something the Democrats do?
Is that a surprise to anyone.

The Republicans aren't much better than the democrats, but they did keep Garland off of the Supreme Court.
They need credit for that.

Hijinx said:
I have attended school Board meeting.
Here is how they work.

The school board decides what they wantto do. Then they have meeting and people speak.

Then the school board does what they want to, and tells those that spoke they had the opportunity to speak.

This is MSNBC. The sole purpose of this network is to stroke liberal America’s moral superiority complex. It’s meant to keep their blood pressures at healthy levels. So, when they couldn’t dismiss the various protests over Critical Race Theory and other leftist garbage infecting our school curriculum, they lashed out in predictable fashion. For weeks, these clowns have tried to peddle the narrative that a) CRT isn’t taught in schools, and b) it’s tin-foil hat material for conservatives. Well, parents knew better. They saw what CRT was with their own eyes—and these aren’t die-hard conservatives either. There is no voter with a squishier spine than the suburban parent. Period. And they’re not happy seeing this cultural Marxism infest our schools. The Biden Justice Department is now treating these parents as domestic terrorists since some of these school board meetings have become quite heated.


AG Merrick Garland testified today that he “[doesn’t] know the facts” about the LCPS case that was used to justify the DOJ’s memo calling concerned parents “domestic terrorists” for speaking out at public school board meetings.

Which struck a lot of people as strange, seeing as Garland also said that the DOJ began targeting parents for “possible domestic terrorism” as a result of a letter from the National School Board Association. The same letter that explicitly cited Scott Smith’s arrest as evidence that parents are domestic terrorists (but conveniently omitted the fact that Smith was upset because LCPS had covered up his daughter’s alleged rape by a “gender fluid” student).

Jim Jordan GRILLS Merrick Garland Over The FBI Targeting Of Parents: "Are You Kidding Me?"

Jim Jordan GRILLS Merrick Garland Over The FBI Targeting Of Parents: "Are You Kidding Me?"