So much for having the “best” stock market returns.

It's not just a few "liberal economists" who are concerned. Only f***ing moron would post such a thing:

The lobbying group for large companies said its CEO Economic Outlook cooled in the second quarter for a fifth straight time and fell to the lowest level since Trump took office -- though it still remains elevated.
Click to expand...

The Economic Outlook index fell 5.7 points to 89.5, the lowest since the fourth quarter of 2016, but the results remain above the gauge’s historical average of 82.6 and well above the 50-point threshold signaling expansion.
Click to expand...

What happened after the first quarter of 2018? What changed that would affect CEO outlook for the next 5 quarters?

Y'all don't know? Y'all can't figure it out? That won't come as a shock or surprise to anyone.
B

baxter said:
Your DUMB,,,,that is all
Click to expand...


transporter said:
So much for having the “best” stock market returns.
Click to expand...

You're supposed to buy low and sell high, NOT, buy high and sell low. Do yourself a favor and read "The Stock market for Dummies, and Tranny".
C 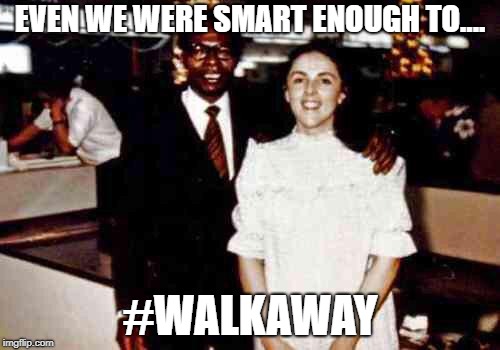